How to Build a Grassroots Indie Community

This guest post by Nicholas Laborde of Raconteur Games originally appeared on Gamasutra.

This is the word that defines the game industry from my perspective. My name is Nicholas Laborde, and I started a little indie company called Raconteur Games a few years ago in Lafayette, Louisiana.

We’re all developers pursuing our dreams, some for other companies, some for their own startups, and what unites us all in this journey is the affirmation that other developers have done this before and that we can learn from them.

But what if you’re in a place without game developers (to your knowledge)?

What if you don’t know anyone even remotely connected to the industry?

What if games “can’t work” in your area?

I either believed – or was told – all of these things when I moved to Lafayette, Louisiana four years ago when I started college.

Nearly 5 years later, we’ve established an IGDA chapter, had two game jams (as well as hosting Global Game Jam once before), and regularly get close to forty people at our monthly meetups — among other exciting things!

Are we glamorous or giant? Absolutely not.

Did we start from nothing, like every game dev community? Yes, yes, and yes.

My city seemed to be devoid of game developers, whether professional or just hopeful amateurs… and I was happily proved wrong, after a little bit of hard work.

You may be in a much bigger or smaller city than Lafayette, and you may have greater access to the industry in your situation, but if you’re like me and you thought there wasn’t a chance that games could be made in your city, this article is for you.

Here’s the story of the Lafayette, LA game development community. 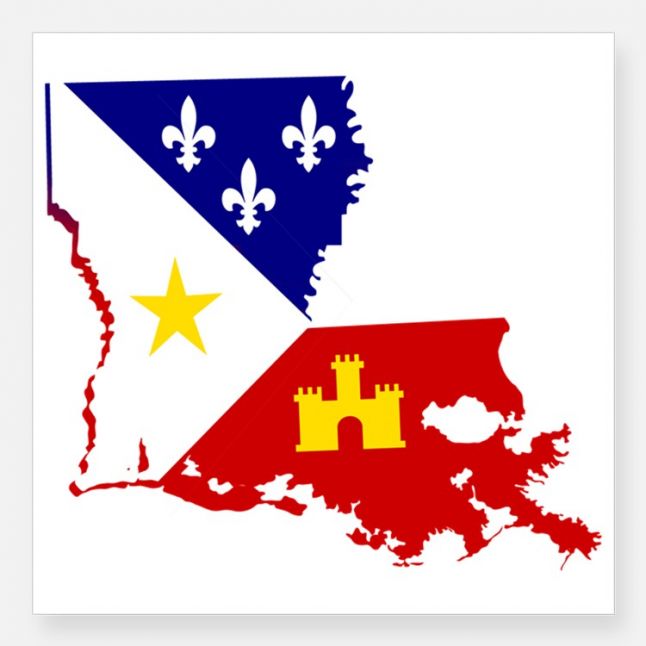 I moved to Lafayette in August 2012 to pursue my degree in business. From the onset, it seemed like making games would be near-impossible:

Oh, and did I mention that my degree is in business and that I can’t write a single line of code? Talk about the odds being against me!

I started college and decided to do what I think everyone should do if they’re serious about something: get uncomfortable.

With a horrible fear of public speaking developed over years of embarassments, I forced myself to give speeches in a seminar course at my university that was required every semester.

In my university’s honors program, a one hour seminar course had to be taken each semester, and it was essentially an open forum for discussion where anyone could suggest ideas and give a lecture. The ideas would go on the board and the top voted topics would get to present.

My humble topic of how characters felt “real” in stories was the tenth most voted out of the ten selected topics, so I truly started from the bottom.

After my first speech, I realized that speaking wasn’t too bad.

I got so nervous that my tongue stuck to the roof of my mouth at one point and made a microphone-shattering loud noise when it became unstuck, but hey, I did it!

I made an offhand comment in the presentation that I was working on a game. Afterward, someone approached me (a computer science student) who asked if we would be able to work together because he wanted to make games too.

This was the first time a game started to come together in my city outside of the classroom. In Lafayette, we started to make something! 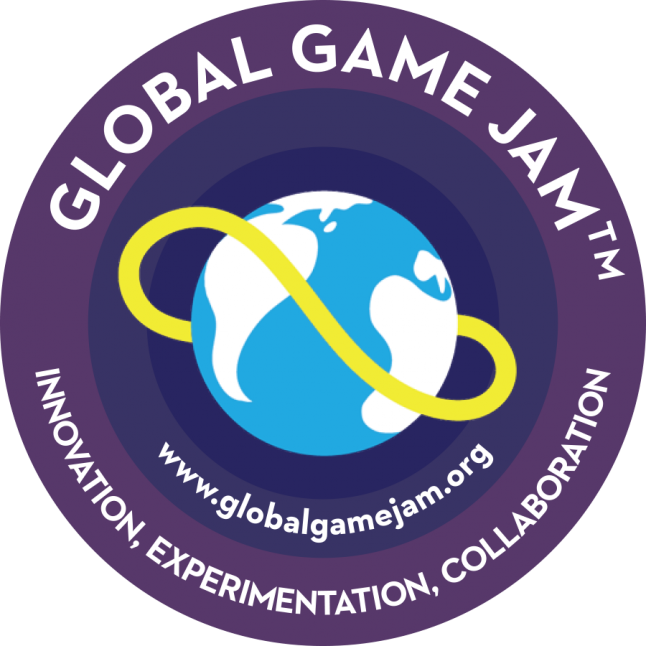 Fast forward to 2013. Lafayette hosts a Global Game Jam site, and 30 people who never made a game before tried to work together on one project. It went about as you imagined — but in Lafayette, we made something!

A game startup recruited a lot of people from that event. It failed a few months later and never produced anything — but in Lafayette, we made something!

That failure made many people think that games weren’t destined to be made in our city, especially since the startup in question was led by someone with no previous game experience, but rather, business experience.

Remember that I’m a business student and “business guy.” I wasn’t liked very much after that — but that didn’t bother me. I wanted to make something happen in my city to pave the way for others who had a dream too.

Now, there’s a gap between summer 2013 and summer 2015. Across that time, I was developing Raconteur’s first game Close Order with my team.

Through various community outlets and organizations, Raconteur was given the spotlight multiple times: our university, our startup accelerator, our biggest newspaper and our biggest news channel all gave the area a glimpse into a tiny company making a tiny game.

In this period, not much happened in terms of building our community, but I like to think of it as building momentum for the next stage.

During this time I’m meeting other students who wanted to make games, attending entrepreneurship meetups and mixers, and pitching the company to investors. I also continued to give lectures each semester and mentioning that we’re going to be making games in Lafayette. 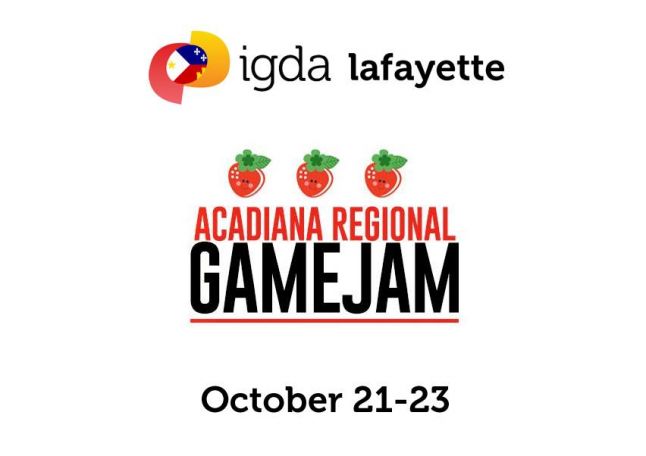 August 2015 rolls around, and this is where things ignited.

I met Will, a software developer in Lafayette, who would go on to become a close friend and someone I respect very dearly. We both wanted to start an IGDA chapter in town, and it was destiny that we would meet.

That, or the fact that we both emailed the head of the IGDA on the same day about starting the chapter, hours apart!

We got connected, and figured out how we could make this work. At this point, I had made connections with a growing game design school that has a campus in Lafayette — the Academy of Interactive Entertainment (AIE).

On a hot summer day, we gathered for food and formed what would become IGDA Lafayette. Thanks to our local startup accelerator (shout out to Opportunity Machine!), we were given a regular meeting space.

Plus, by being in a physical location with many budding businesspeople, software developers, and contractors, on top of being in the same building as AIE, we were in a damn good spot to catch more attention.

In September 2015, we held our first meeting. Megan, our other IGDA board member in addition to Will, printed posters and helped me put them up all over campus. We covered the art, business, and computer science buildings to try and target students.

Most of the posters were removed two days later in the campus’s rare poster removal sweep (argh!), but that’s alright, because we had nearly fifty people attend our first meeting. The room was overflowing into the hallway!

We then realized our audience: students and game dev hopefuls who could come together as a group, learn from each other, and pursue their goals as they transitioned from “amateurs” into professionals. 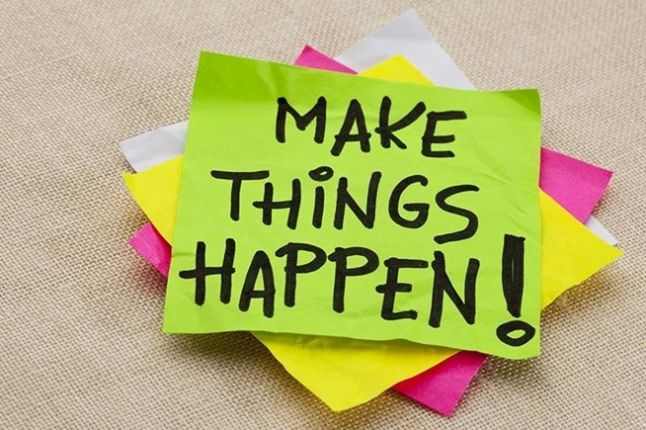 I have a mentor, and his name is Zach. He’s this slick sales-y guy who could sell you not only a vial of snake oil, but a lifetime supply.

That’s not to say that Zach is not to be trusted — entirely the opposite! But sometimes, he said things that I just didn’t get.

One of those things was “Do the right things.” He wasn’t giving me a lecture on morals or ethics; rather, he was telling me to do the things that are in line with our end goal.

His argument was that if you do the things that make sense to achieve your goal, even if you have no support or it seems like no one will show up, you will one day achieve it.

He was absolutely right.

One of those things was the first Acadiana Regional Game Jam in November 2015, a tiny game jam hosted by the big building where IGDA Lafayette meets (the LITE center) in conjunction with the AIE Lafayette campus.

AIE generously let us use their campus’s office for the jam, and allowed anyone to come and go.

All in all, we had eighteen people show up, all local, that made about five games.

It may not seem like much, five game jam games… but that was more output than at any other point in our city’s game dev history!

We walked away knowing that we had to do it again.

Fast forward to January 2016, and Raconteur releases its first game out of Early Access (which was quite an experience).

I told the story to anyone who would listen, and this kept peoples’ interest and boosted attendance over the long-run.

Over the year, I did a lot of speaking and hand shaking and baby kissing.

Here are a few things that I did:

Those are just a few things that happened; I couldn’t even begin to tell you everything because this year has been a whirlwind for us!

We accomplished two big things this year, in my opinion:

I’m proud of both of those, but I was almost crying at the end of this year’s game jam.

Before we unveiled the winner, I told them how when I started college, I thought there was no one in town making games, and that they might have thought this too — but that weekend, we made fourteen games.

From there, we arrive at the present.

IGDA Lafayette is the go-to place if you want to make games in our city, Raconteur is on the verge of releasing its new game Evangeline in January, and our board member Megan and her team are gearing up to release their project in 2017 as well!

It’s been quite a journey starting from nothing. This wouldn’t have been possible without the support of Megan and Will, AIE, OM, as well as our little indie community.

I couldn’t have released a game alone, either. This community helped me do it. That’s the most important takeaway!

The story has been long and winding, so now I’ll distill my message into a few key bullet points.

I can’t stand the word “actionable” because to me, that means “Everything else didn’t matter, so please tell me the few useful things!” — so begrudgingly, here are my “actionable” recommendations on how to start a grassroots indie community in your town.

This has been the story of Lafayette, Louisiana’s game development community.

We’re a bunch of down-home Cajun folks that want to take care of each other and learn as much as we can, and I hope this has given you some ideas about how to impact your own community.

As always, feel free to Tweet me or email me at nick-at-raconteurgames-dot-com for any thoughts or questions!

So what are you waiting for? Go start a community.

They’re out there, and they need you.