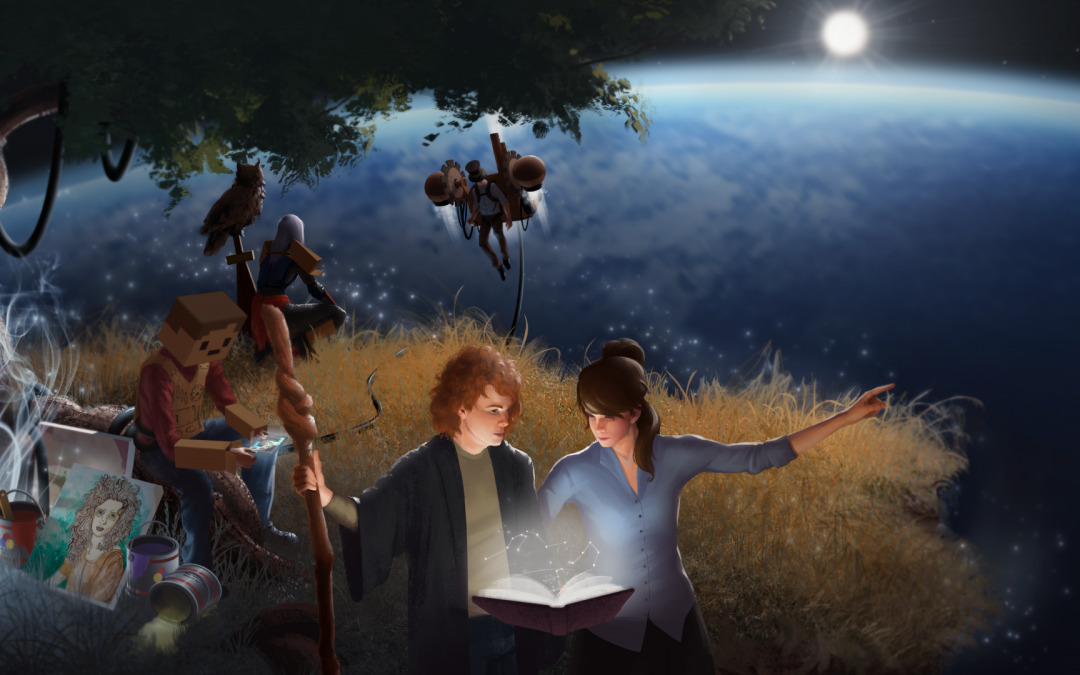 Today, we’re talking with Corey King of Zenfri Inc and his experience working with the Augmented Reality genre for his game Clandestine: Anomaly.

Jerrod Bacon: For those who may not have heard about ZenFri Inc yet, can you explain who you are and what you do?

Corey King: ZenFri is an award-winning creative arts and entertainment company based in Winnipeg, Canada. Our goal is to “go wherever the story takes us,” producing original content for film, text, art galleries, interactive, and more. As such, we’re not your traditional developer and not loyal to any specific medium. What we’re loyal to is the story, and we see it as our job to tell our stories in whatever format suits them best. Of late, that has increasingly been games, primarily those in Augmented Reality—though we’ve recently required significant funding for a VR project as well. ZenFri is best known for the location-based AR tower defense game, Clandestine: Anomaly, which predated Pokémon Go by a year.

JB: What does a typical day in the life look like for ZenFri Inc?

CK: There are no average days. My work varies from putting together the core vision for our products to leading teams, negotiating contracts, and raising funds. Sometimes I’m writing, other times I’m directing voice actors or talking at a conference. No two days are ever the same, but personally I like that. Life is short. Given that we work in so many mediums and so far, we haven’t even stuck to a single genre or style from project to project, every project is extremely different. We’ve worked on projects with no budget for the love of it and worked on projects that cost over 1.5 million for the love of it. Not all ideas are equally complex or costly, but we can be excited about them equally. For us it comes down to passion: we focus on whatever project speaks to us at a given time, and if that idea happens to be costly, we look for funding. 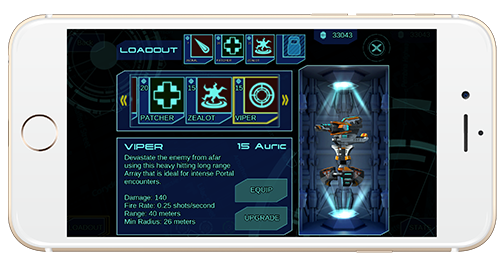 JB: How many projects would you say ZenFri Inc has on the table right now?

CK: Hard to say, we have a range of things in various stages of development: short VR films, convergent media projects, museum installation projects, and a VR game that is on a trajectory to be our biggest project ever. We work on a lot of things all at once, and we kill the vast majority of projects before they’re announced. Another interesting turn of events is that we’re currently in the process of opening up a second company focused on Immersive Experiences (AR,VR, etc.)—our reputation with Clandestine Anomaly is starting to pay off. However, to ensure we could keep ZenFri creatively free and agile enough to jump from games to, say, a novel, we didn’t want to push all these opportunities into our existing company. So, if we count both companies together, we’re currently working on between 7-12 projects actively, but again, many of those will never see the light of day.

JB: Where did the concept for Clandestine: Anomaly come from?

CK: All the biggest and most innovative parts came, seemingly all at once, a few hours after owning my first iOS device. I was struck with the potential to turn the world into a canvas for telling stories and figured the best way to introduce the world to this canvas was with an epic Halo/Star Wars-like sci-fi experience. I wanted space-battles filling your neighborhood and monsters flying overhead—we are mostly there, though our original vision is something that is still not possible on consumer devices. 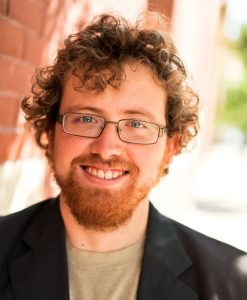 JB: Why did you choose augmented reality as the final medium for Clandestine: Anomaly?

CK: It was the original medium: the IP was purposely designed for AR. While we did craft story ideas that could extend the experience into more traditional mediums, doing an epic AR experience was at the very core of Clandestine Anomaly. The idea was to make the player Luke Skywalker and their neighborhood the front lines of an epic intergalactic conflict. The player isn’t an avatar, they are themselves, the phone they play the game on was itself a part of the story, having been hacked and updated with alien software that allowed them to see a conflict otherwise hidden from humanity.

JB: ZenFri Inc has also begun to branch out their augmented reality grip onto different mediums. What triggered this and why do it?

CK: We’re not specifically an AR studio: we’re a creative entertainment studio focused on storytelling, and until recently we had only created a single game and only produced a single AR project—those were both Clandestine. If you tally what we do by budget, I suppose AR is on top, and looking at what’s in the pipe, it’s likely to remain there, but if you go by number of projects produced in a medium, we’d be considered a visual art collective or film shop. Additionally, only a very small number of people cared or understood what we were doing in AR until Pokémon Go came out and made location-based AR popular. That pushed a surge of interest in ZenFri as a company and is partly why we’re building a new shop to seize the opportunity. 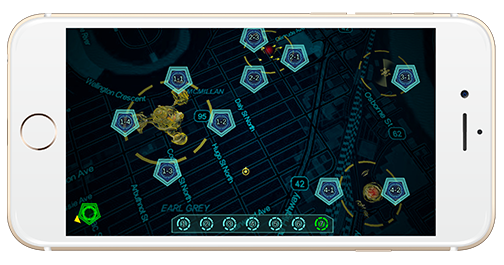 JB: What have been your biggest roadblocks so far for both ZenFri Inc and when you were starting Clandestine: Anomaly?

CK: Hmmm . . . I mean I’ve done entire speaking events about all the issues we faced on Clandestine. We had unruly technology and a lack of development and management experience . . . that would be the simple way to put it. It was our first game, likely the largest AR game ever attempted to that point (maybe still, I’m not sure), and our first time with a budget and team anywhere near the size of that project. Bluntly, the project was hell, and many days on it were the worst of my life—and I didn’t have a particularly happy childhood. There were times I thought it would destroy the company and my reputation. I learned what a panic attack was firsthand and had more nights than I can recall where I woke up at 3am in a cold sweat with a heart pumping so fast I thought I was going to have a heart attack. But here I am, back at it again. I’m a glutton for punishment I guess . . . but more seriously, it taught me a lot and I leveled up as a manager, so to speak. I can handle it with a lot more grace now—I think. Ultimately, we managed to learn just enough, just fast enough to come out of it okay.

JB: If you were to go back in time, what advice would you give yourself before starting Clandestine: Anomaly?

CK: I have a policy to never trifle with time.

JB: Why are you, personally, interested in augmented reality?

CK: While it’s not there yet, it has the potential to be the medium that most closely relates to how my imagination most naturally works. I often go on long walks with headphones in and just disappear into the fictional world built atop the real world, using my mind to transform what’s around me into the story as opposed to crafting a completely fantasy world. I think doing this saves my brain processing power, as I don’t have to worry about the form factor of the world and can sink into the details. Just apply some mental paint, alter some things and boom, suddenly your city is a jungle on an alien world and the streets are canyons.

JB: What do you see for the future of augmented reality?

CK: I believe it will be the dominate cultural and informational mediums, seizing that position in its own primitive and earnest way within the next 20 years. Beyond navigating environments more easily or functioning as backdrops for games, we’ll be able to transform the aesthetics of our environment and how we visually appear to ourselves and others—it will dramatically shift our culture and facilitate explosive free expression. This can go pretty deep, but as a simple example, think about how shuffling your entire music library can create a playlist that rapidly and dramatically shifts your mood and shifts the feelings of the moment. Now imagine that same breadth of content and diversity of moods and genres but as a visual element over the world. What will the world be like when every surface is a canvas and everyone can contribute? We’ll eventually find out.

JB: If another developer is interested in augmented reality, what would be your top three tips for them?

CK: Well, hmmm . . . I don’t consider myself the best person to answer this, but I’ll give it a shot. First, they should get their hands on some tech and experiment in small and simple ways just to grasp the tech and let their mind wander. Second, they should find other developers online and build a network of passionate and talented peers. I’m personally very bad at this one, but I think the difference between the VR and AR development community is that VR developers have a very open and communicative community, at least so far that’s not really the case for AR (at least not specifically when it comes to entertainment). Finally, everything comes down to just doing it. Find a use case for AR that really excites you and dive in with both feet. Don’t wait. Do it now and learn from its successes and failures.