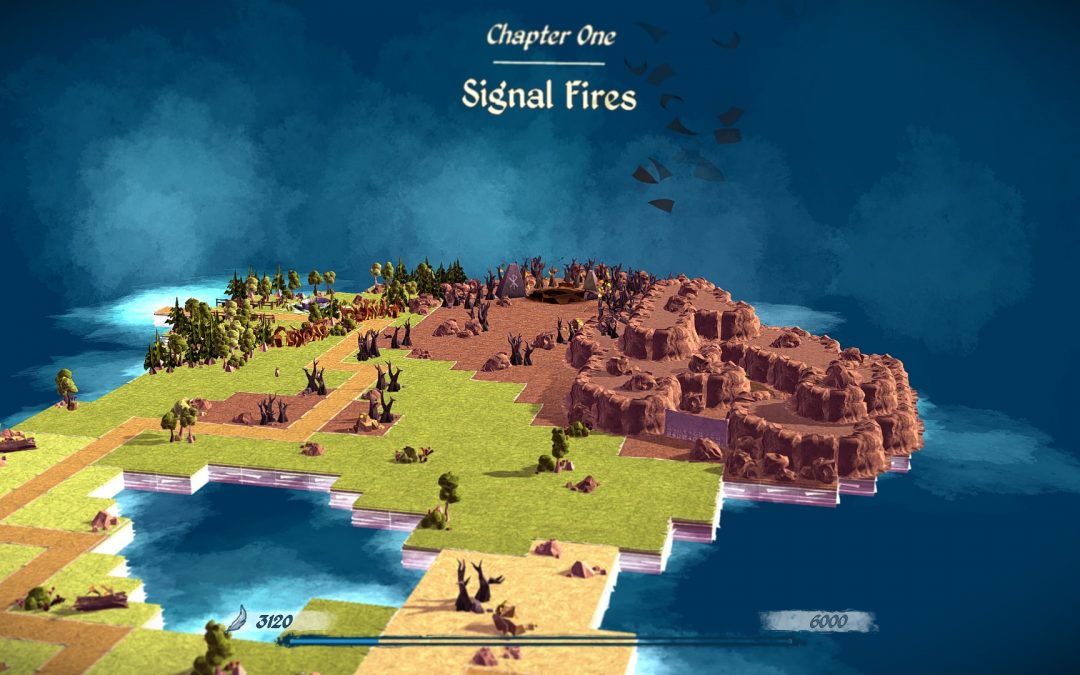 Story is often one of the last things that gets considered when prototyping out a new game. We may have a general idea of the characters and what we want in terms of “boss fights,” but when it comes down to the details, game mechanics are often solidified before the narrative of the game comes into play. And that’s a crying shame! Video games exist as a single form of art birthed from an aggregate of other art forms, so any time we as developers have a chance to integrate different elements together, we should seriously consider it. 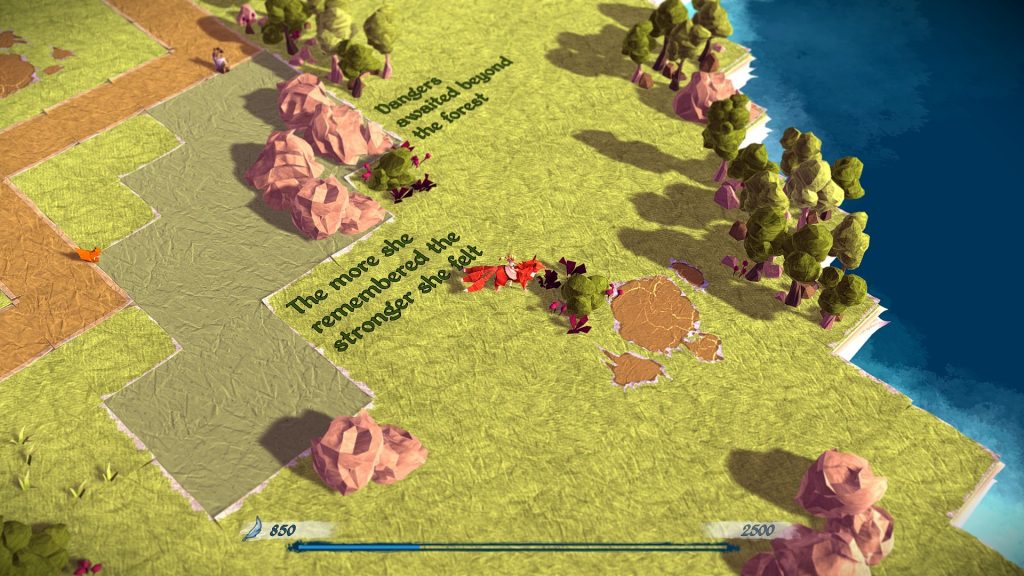 If Zelda Were Played by Hackerman

Enter into the conversation Epistory: Typing Chronicles, a game best described as a fairytale Zelda-like typing adventure. To say this game has a storybook motif is putting it lightly: everything from the papercraft artstyle, sound effects, and voice-over narration to the battle and exploration mechanics just bleeds storybook (that’s one heck of a papercut!). In Epistory, you control a young woman who rides atop a giant fox as you piece together the mysteries of your lost memories and the lost pages of the world—and you do this through typing. You breathe life into the world by typing words like CHESTNUT, PINE, and DAISIES, and you wage war upon insects by firing arrows you create by typing the words that appear on them. On top of that, you’ll discover different elements to control, with appropriate words associated to casting them, like CONFLAGRATE for fire or FRIGID for ice.

From top to bottom, Epistory has been designed as a typing game, and every element of it complements that. By connecting all these elements together, the game comes across as a cohesive, immersive, and satisfying experience. More importantly, the ability for all the elements to come together for a cohesive experience, in itself, becomes its own element. Epistory’s, well, story, is probably the weakest individual element in the game—it’s basic, trope-ish, and something we’ve all experienced in some form or another—but the story serves the element of cohesiveness so well that one can forgive it its bland creativity: the story of the game goes beyond the plot and narrative, bleeding into the art style, music, and game mechanics. And vice versa. 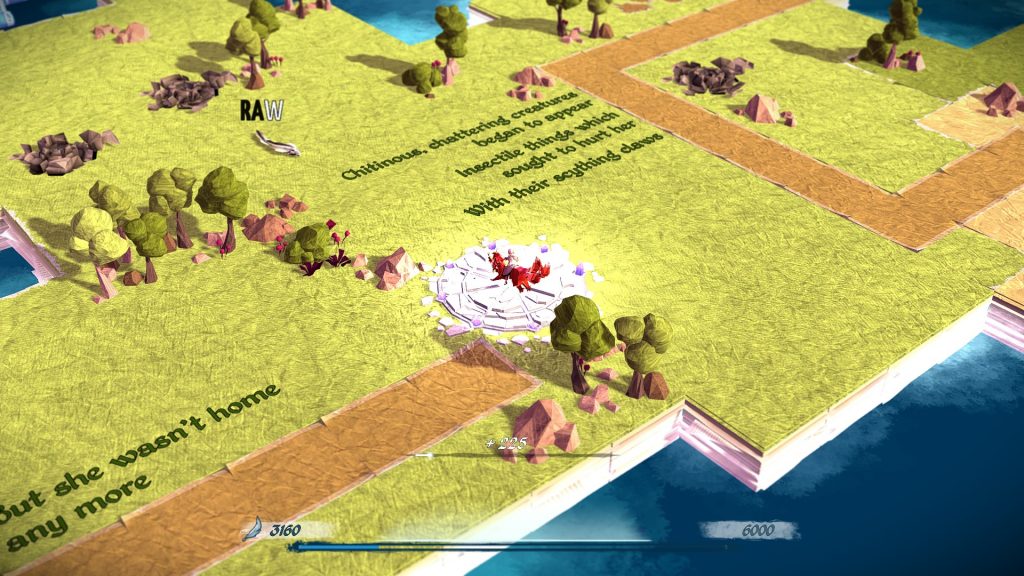 So . . . Pumpkin Spice Everything?

Epistory is a game I would point to when making the argument that video games are art, but that doesn’t necessarily mean that every developer absolutely needs to strive to intertwine their game’s elements together. While it certainly works in Epistory’s case, the game itself ends up being a bit shallow, perhaps succumbing to the storybook/fairytale nature that serves it so well. A fairytale game shouldn’t always be a typing game, just as a sci-fi game need not always be a twin-stick shooter: it’s not as simple as matching elements together. In fact, in many cases, using the opposite element can have interesting effects: think orchestral music in Star Wars or fantasy themes in the Mass Effect series. 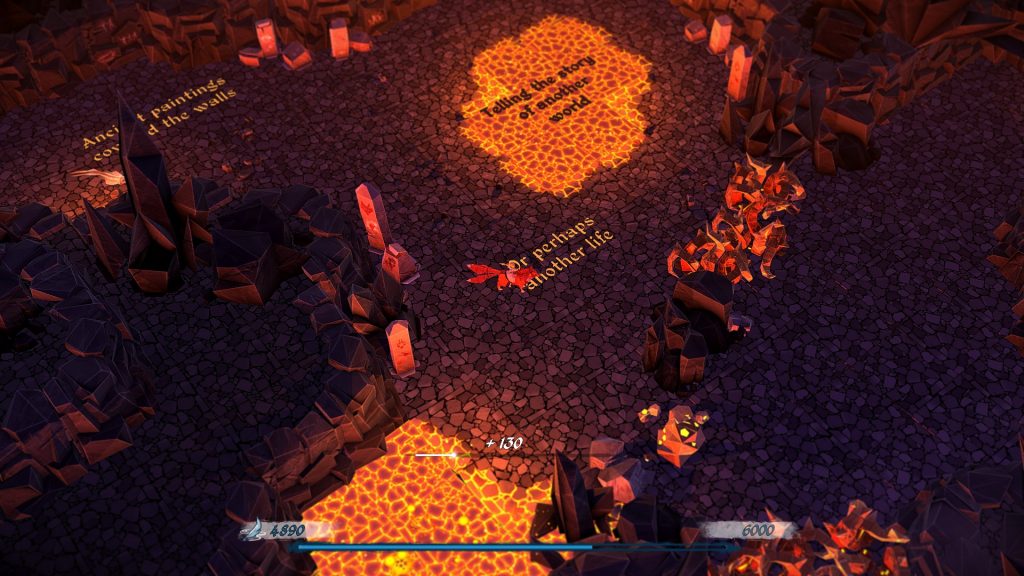 I’ve Got a Feeling . . . I Need Digital Healing

The important thing to take away is that game development does not need to have a top-down approach to the various elements in a game. Yes, it’s good to nail down your genre, target audience, game mechanics, and art style, but game development should be thought of as a constantly evolving blob of awesomeness instead of a checklist of things that need to get done. Once you’ve nailed down your key features, take some time to go back and see how you can connect them together. In other words, start thinking about how you want your game to feel and how you can work with the various elements to achieve that particular emotion.