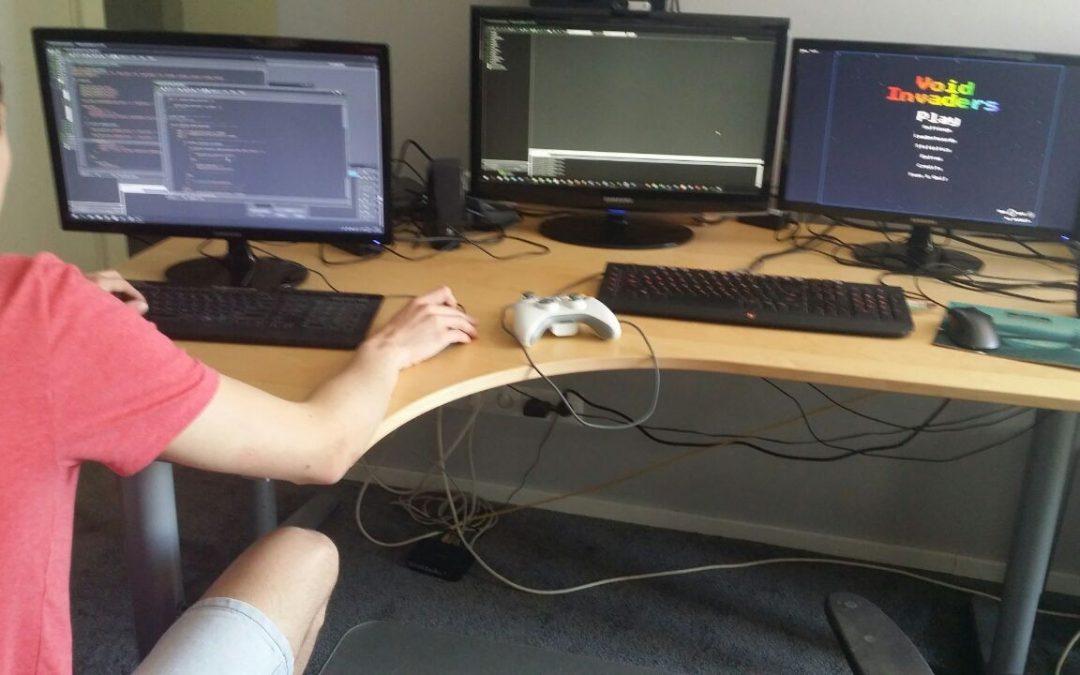 Here at Black Shell Media, we find ourselves extremely lucky to build relationships with a wide array of developers from different backgrounds. Each and every one of our developer friends took very different routes to end up where they are today, published and professional. This interview series gives you a peek behind the curtains into the everyday lives of some of our best development partners, both in-house and out, and highlights exactly what it took to turn them into the game developers they are today.

This week, we’re talking to Noah Stolk and Koen Bolhuis of VoidDev, the developers of the beautiful shoot ’em up Void Invaders. Void Invaders is tough as nails, harkening back to the classic era of gaming that ate quarter after quarter at the arcades. It features beautifully colorful visuals and a rad soundtrack that just so happens to be free on Steam! 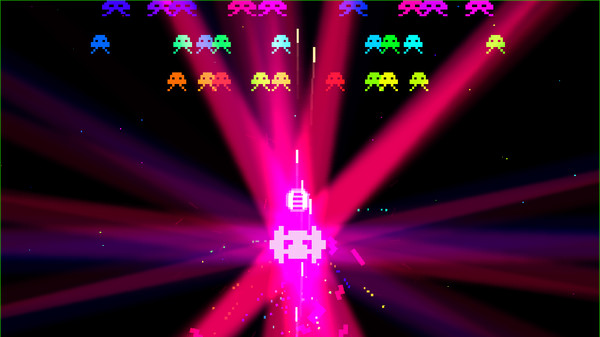 Black Shell Media: How long have you been developing games, personally, and where did it start?

VoidDev: We both started when we were pretty young. Noah began making games in Game Maker at the age of 10, so he has been developing games for about nine years now. He started out by making and uploading games to YoYo Games and now publishes games on Game Jolt sometimes. Koen was introduced to game development in primary school, when he was 11 years old, where they offered a course on Game Maker. He made a couple experiments, but nothing serious—Void Invaders is his first completed game.

VoidDev: When we started working on our first game, Void Invaders, we didn’t think about starting a studio. We thought of it more as a one-time collaboration, under our own internet names, Nosahasa & InputUsername. However, Void Invaders unexpectedly started to gain some popularity, and we wanted to choose a recognizable name instead of the long combination of our usernames. Since we were the Void Invaders developers, we picked VoidDev and have stuck with it!

VoidDev: Our core development team consists of us—Noah and Koen. For Void Invaders, we are using music by Kingdaro, and we have had some help from friends and family. Apart from that, day-to-day development and game design for Void Invaders (and possible upcoming games) is done just by the two of us.

We had been friends for a few years prior to working on Void Invaders and had always wanted to work on a game together. One day we decided we would just do it and started designing the game that would become Void Invaders. We’ve been working closely together since. 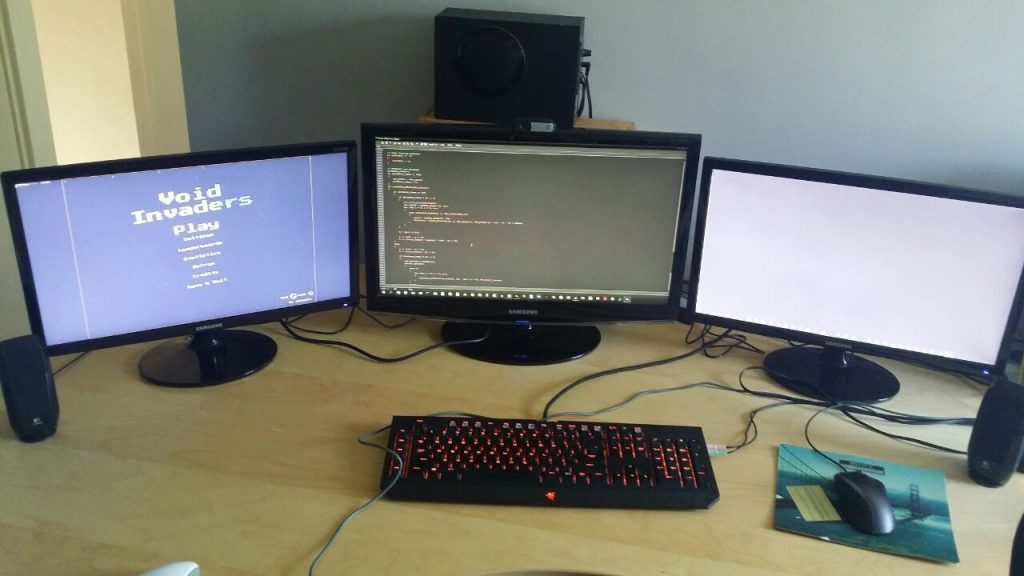 VoidDev: We have both as of now graduated from high school, and that’s about it. We were still in high school when we started working on Void Invaders. High school did not really contribute to our interest in nor help us with game development, apart from the necessary basics perhaps, like Maths and English.

VoidDev: Honestly, we kind of rolled into it. Void Invaders started out as a simple experiment, published for free on indie game websites while we were working on it. The game was featured on Game Jolt and got some attention, but it was only after a few months of development that we were contacted by Black Shell Media with the offer to get the game on Steam! We then started to work on Void Invaders more seriously and periodically released updates, adding over 200% more content to the game.

VoidDev: The early versions of Void Invaders were similar to how it looks right now. We’re not a big fan of radically changing core gameplay, so a lot of the content the game currently has stems from the first few versions. We have, however, changed a couple things related to the graphics, effects, user interface, and menus, while developing the game in an attempt to create a cleaner experience for the player. Since a picture says a thousand words, this is what the first build of the game looked like: 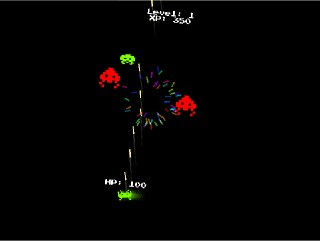 VoidDev: We have a to-do list that we regularly update while working on the game. We usually start the day by checking the to-do list and deciding on the most important things that we want to work on. We communicate on what we’re going to create, fix, or implement and divide the points on the list between the two of us. Then after that, we start working on our own, occasionally updating each other on the progress and helping out when needed.

VoidDev: Carefully working out every detail of the game before actually working on it is something we forget sometimes. We’ve learned that this can cause a lot of trouble down the road and that planning is a must. This was especially difficult since we just wanted to get into the development as quickly as we could, which is arguably way more fun than writing a design document.

Another challenge was (or rather, still is) that we live on opposite sides of our country, so we’re not really able to sit together and work things out, at least not on a regular basis. Luckily for us, there are enough tools that are useful for collaboration over the internet, like Google Docs, Git, Skype, and Dropbox. As we were working on Void Invaders and got familiar with these tools, we mostly managed to overcome this problem, so working together usually goes pretty smoothly now. 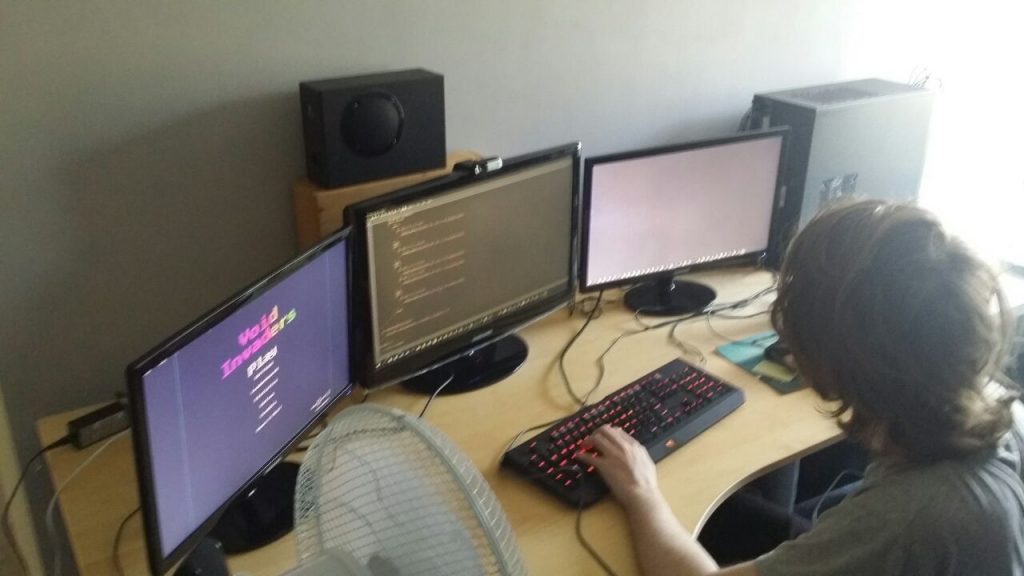 VoidDev: One of the best parts of making a game is that people get to play and enjoy it. We can use our creativity to create an interactive experience for people to have fun, which is something we both love to do. Seeing people play and enjoy your game is awesome! We also love the technological aspect of it: using new technologies, learning how to improve our code, finally fixing that frustrating bug . . . exciting stuff! Noah is also a big fan of implementing new gameplay features like power-ups and enemies, while Koen likes tweaking back-end stuff and designing user interfaces (a rare thing, apparently, but neither of us are complaining).

VoidDev: Quite a lot, actually! Noah will be finishing his studies for application development within the next two years, and Koen will be starting his BS in Computing Science this year. Game development-wise, we are hoping to continue working on games together in our spare time and have a couple ideas already that we want to flesh out a bit more. Before that, we have a huge update for Void Invaders that we want to push out. We also hope to collaborate with more people in the future and participate in a few game jams here and there.