Ragnarok Online’s 13 Year Hold: What Makes it so Memorable? 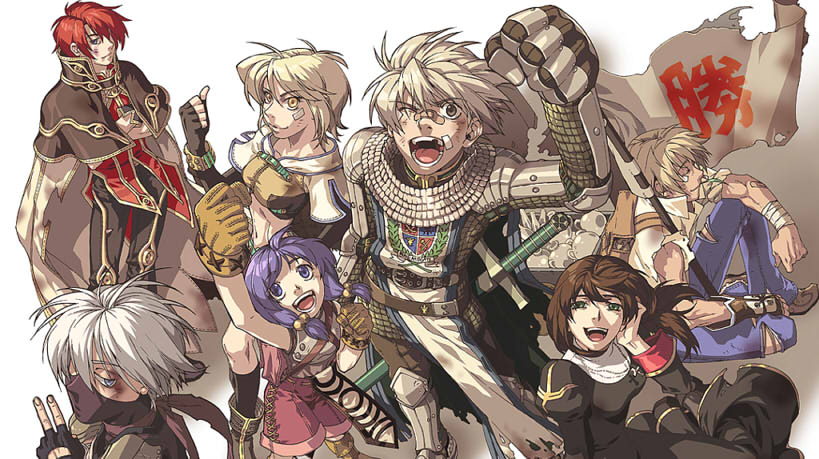 Ask anyone who enjoys multiplayer games, and you’ll likely find that they’ve had a stint at some point with Ragnarok Online. The Korean MMORPG made its stateside debut in 2003 and enjoyed massive popularity. Free-to-play as of 2011, the game still enjoys traffic and a healthy player base.  When Tree of Savior was announced and released, there was plenty of excitement about a “spiritual successor” to RO, ignoring the fact that there already was a sequel in the form of Ragnarok Online II.

RO was and still is a simple game, only around a gigabyte in size. So what is it that keeps it in the minds of people? What is it about it that still keeps it a fun game to install and boot up every once in a while?

Note: Most of this will reference the game before the Renewal update in 2010.

Probably the biggest draw to Ragnarok Online, in both past and present iterations, is the massive amount of freedom it affords its players. Starting with the creation of the character and moving into the gameplay itself, RO lets you explore possibilities that feel endless. Unlike many games where stats of a class are set, players can allocate stat points as they like. If one really wanted to, they could build a mage with all points in strength and defense (which, incidentally, was my very first RO character). This led to some serious creativity with builds on the parts of the players. While a knight would naturally get higher strength bonuses than a priest, melee-oriented priests were viable and even popular. You could adjust your character to your playstyle much more easily than in many other games. Apply this to six base classes splitting off into two branches apiece, and you have twelve different classes that can be built several different ways (additional classes have been added down the line since). 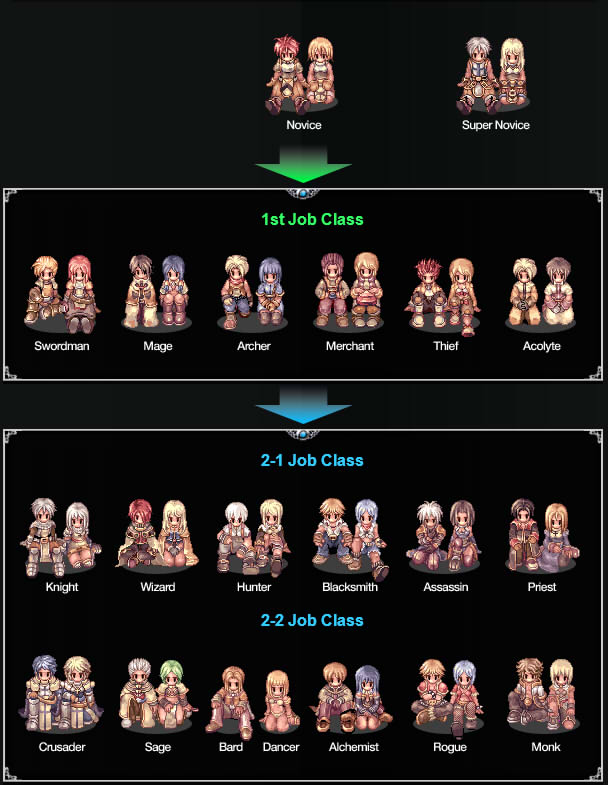 Ragnarok Online has a sandbox format, allowing players to go anywhere at any time, without worrying about level requirements or a linear progression. Players had a lot of places to try out their unorthodox builds, and could even challenge themselves by entering dungeons that were far above their skill level. This extended to the other areas of the game too—PvP, guild wars (called War of Emperium), and battles against roaming boss-type monsters could be enjoyed on one’s own terms at any time.

Ragnarok Online is a simple-looking game with a lot of love put into its craftsmanship. The characters are basic sprites known for their “cutesy” style, but a look at the monsters and maps shows that the art team worked hard to create an evocative atmosphere. The sprites blend well with the isometric 3D backgrounds, and every RO dungeon and city feels delightfully unique. Though 3D graphics have come a long way, Ragnarok’s design language manages to be evergreen thanks to its simplicity. Boss monsters, on the other hand, feel truly massive and grandiose, despite the top-down perspective—definitely no mean feat. This is again attributed to artists who have worked within the limitations of the sprite to make them look detailed yet cohesive. 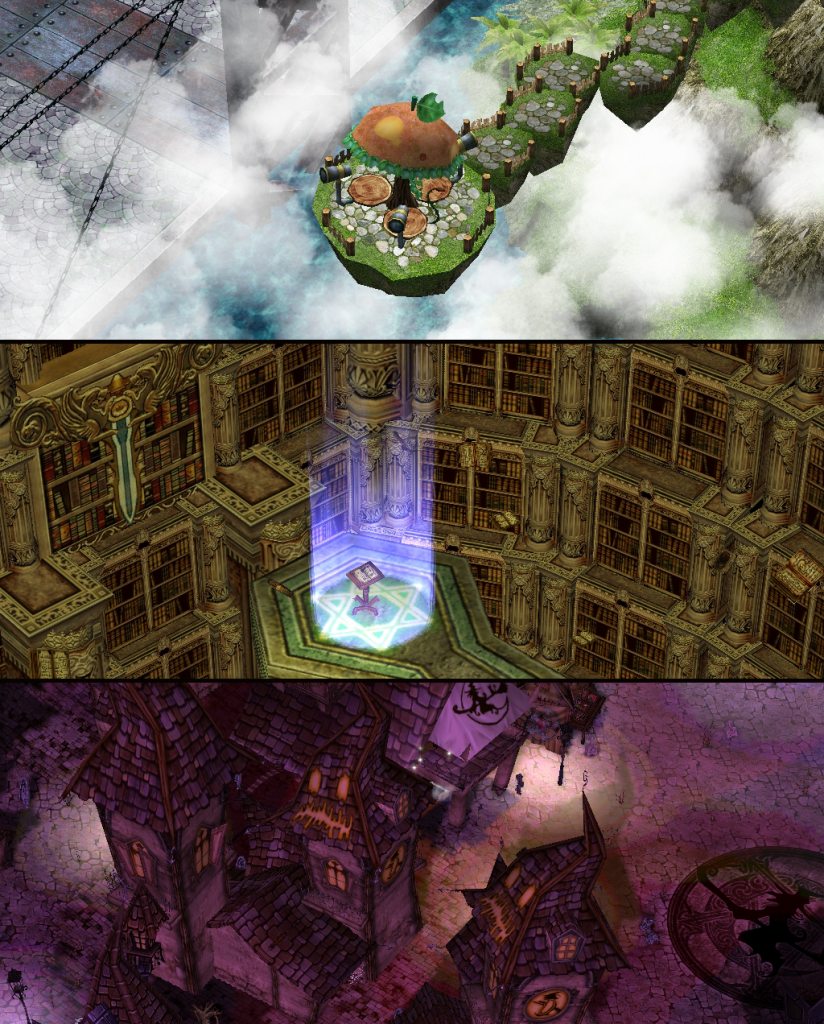 The music, primarily composed by Korean group SoundTeMP, is also something that sticks in the mind of players both old and new. The techno-instrumental sound manages to match environments to a T: nearly every player has some soundtrack that they remember well (even if it is just crammed in their head from hours of grinding in an area).

Ragnarok Online’s community was—and still is—very casual. It’s hard to pin down why exactly, but having played many other MMORPGs, I can safely say that RO players have been some of the easiest to talk to, whether for simple conversation or for rallying a party. It may be because there are so many different objectives and paths in the game that it’s easier to find people on similar paths, or it may be because of the demographic that RO pulls in. One of the most memorable examples of the Ragnarok community was the center of a map in a higher-level dungeon, where both exhausted parties in need of healing and lower-level characters leeching experience could migrate to. This was an unspoken safe space where players crowded together to fend off monsters, provide buffs to anyone who came by, and form their groups.

A warm community, a unique (and memorable) art direction, and the freedom to follow your heart’s desire, even if it gets you killed repeatedly. While Ragnarok Online players come and go, there’s definitely no doubt that it’s left an impression on gamers worldwide. Will your game be the next RO?