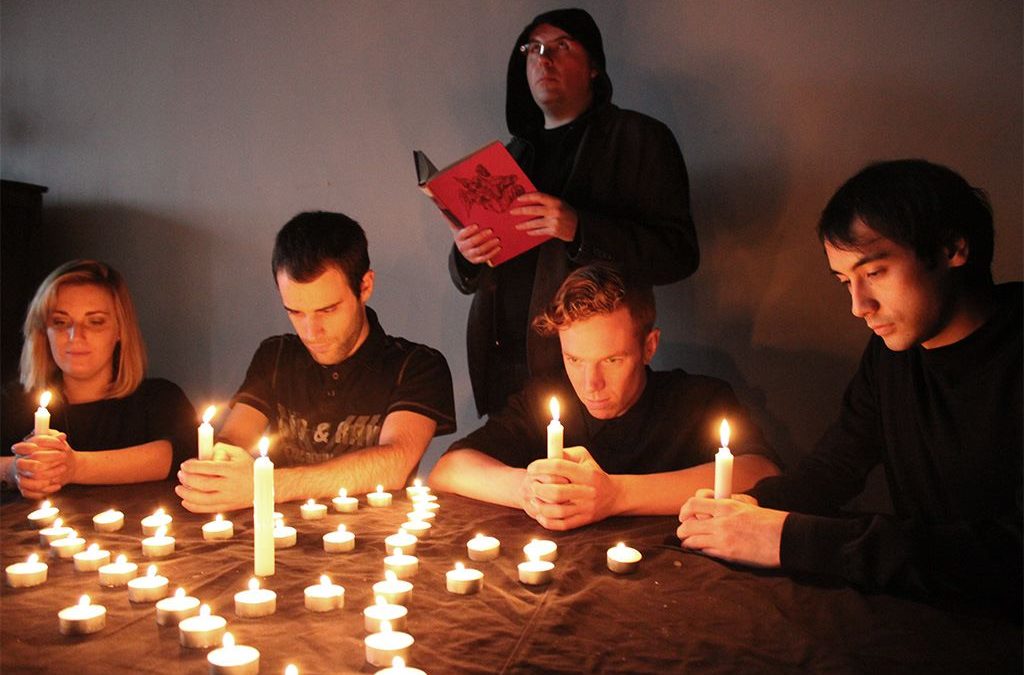 This week, we’re talking to Patrick Greatbatch of Alice and Smith, the incredibly inventive developers of ARG horror puzzler The Black Watchmen! Players are sent on a winding journey through the actual real world to discover and fight back against dangerous paranormal phenomena. They make games unlike anything you’ve probably played before.

Patrick Greatbatch: I began working in games in 2011, developing a promotional ARG (Alternate Reality Game) for a Sci-Fi webseries for a Montreal Studio. I started on the project as an intern, helping in pre-production for the series. The producer had been planning to run the ARG throughout production, slowly releasing photos and videos to promote the series. However, he became far too busy managing the shoot and put me, along with a handful of other interns, in charge of the game. None of us had ever heard of an ARG, much less led one, so we hit the ground running and learned as we went. I have worked with one of the other interns, Steven, on games ever since. He is now one of the co-puppet masters of The Black Watchmen.

PG: Our founders, Nathalie Lacoste and Andrea Doyon, came up with the name Alice & Smith to describe the two sides of our studio. Alice, of Wonderland fame, represents the right side of the brain: creativity, imagination, and wonder. Smith refers to Agent Smith of the Matrix, pure logic and planning. Together, they symbolize our studio’s ability to create imaginative world experiences and the know-how and logistics needed to bring them to life.

PG: There are six of us on the core team; Steven and I are narrative developers who concentrate solely on creating compelling stories and complex puzzles; two programmers/developers/video and image editors/technical geniuses, Fred and Vincent, who work tirelessly to make our ideas playable and beautiful; and two head producers, Nathalie and Andrea, who concentrate both on the big picture and ensure all the details are in place. We are based in Montreal, Sherbrooke, and Toronto, but we meet online at least twice a day for in-depth discussions and brainstorming sessions. Nathalie and Andrea founded the company in 2014 along with Fred. I began working with them in early 2015, and Steven and Vincent joined shortly afterwards. In the past year, we have been working with Kristina and Charles from the experimental theatre group Lovent in New York for the narrative content of our game Ahnayro: The Dream World. 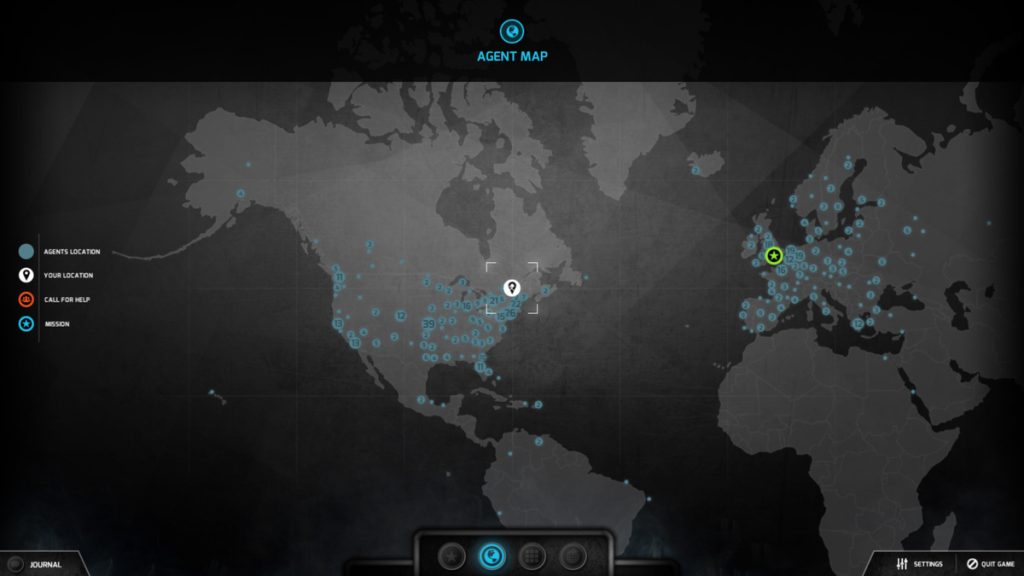 Screenshot of The Black Watchmen.

PG: I studied Communications, with a specialization in film making, at Concordia University in Montreal. During my studies, I learned a lot about communication theory and the importance of symbolism and secondary meanings in media, as well as the power of story. More directly, I met people through school that brought me to where I am today: the internship in 2011 was posted to Concordia students by a recent graduate. Since then, I have worked with many other Concordia alumni.

PG: I have always been interested in hidden truths and the deep complex history of everyday things. Growing up, my grandparents were a wealth of knowledge about the origin of phrases, the meanings behind symbols in architecture, and stories behind the antiques scattered around their house. I became fascinated with the story of objects and the forgotten meanings of words. Ever since, I have wanted to share that sense of wonder with others. Alternate Reality Games are just that: finding the hidden meaning and symbolism in everything and making the process of understanding them playable. I always aspire to create puzzles that allow players to explore interesting parts of history they may not otherwise be exposed to.

PG: Alternate Reality Games are all about community involvement and cooperation. The more people playing, the more skills the group with have at their disposal to solve a puzzle or complete a task. For instance, in a recent mission, a secret message was written in ancient Cyrillic numerals, which converted to hex then finally to English. This puzzle may have taken the community quite a while to crack, except that one of our players is studying classical languages and recognized the characters almost immediately and shared their thoughts with the community. Because of the importance in community, we set out to reach as many people as we could with The Black Watchmen. We have been thrilled with the results – we have over 11,000 players playing in 79 countries around the world. This global scope was demonstrated clearly in our last live mission, which tasked our players with taking recon photos of post offices in their location community to help prevent a (fictional) biological mail attack. We received photos from over 200 cities on five continents in less than a week’s time. You can see a map of all the locations here: http://intrusion.blackwatchmen.com/

PG: There are two sides to The Black Watchmen gameplay: the in-client missions and the live missions. The in-client missions make up the core of the gameplay and can be played individually, at your own pace. Live events, in contrast, are community focused real-time missions that require real world actions. The development process for in-client missions has not hugely changed in the past two years we have been developing the game, but rather we have refined it, more clearly explaining mission goals, providing the necessary tools, and leaving breadcrumbs along the way so that you know you are on the right track in your investigations. Live events, on the other hand, have changed substantially since early development. In the beginning, we focused on single location events, where one player would act as the field agent for the community—intercepting a dead drop, trailing a suspect, etc.—while the rest of the players followed live online. We worked on ways to include more and more people into the “in the field” component of the game. This includes recon photos, global rituals, and physical crafting. Our more recent live events have allowed for more of these dynamics, where all agents are doing their part to work toward a global goal. 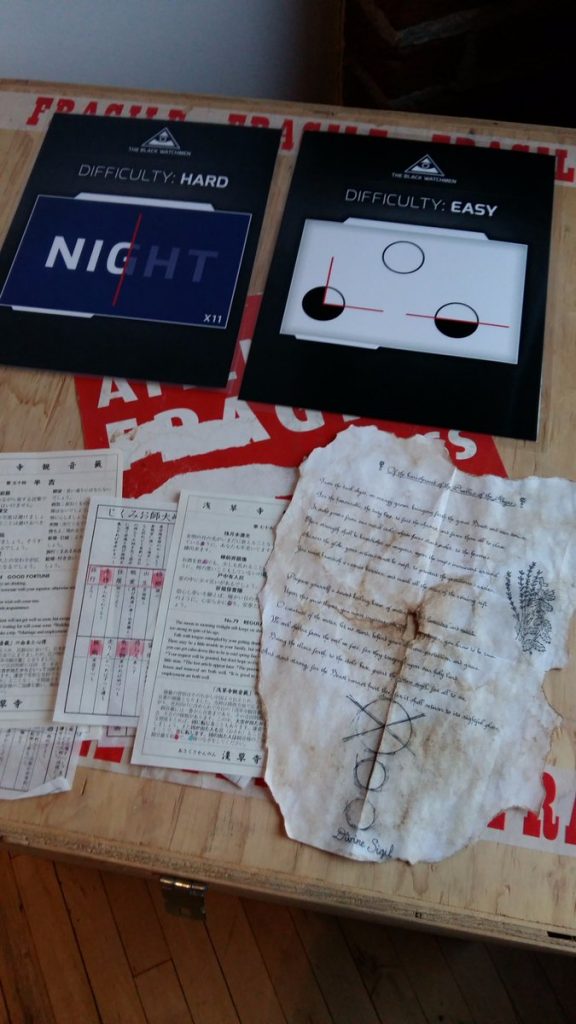 Some of the real life clues and puzzles for The Black Watchmen.

PG: The content of our games leads to some very interesting days at work. No two days are quite alike, but I can give a recent example. Right now, I am working on a new set of puzzles for Ahnayro: The Dream World, a research based puzzle game set in the world of dreams, which focuses on historical figures and events. This set of puzzles focuses has a voodoo theme, so I was researching the origins of the religion. I began my day reading the narrative content Lovent had provided. I was curious about the differences between West African Vodun, Haitian Vodou and Louisiana Voodoo mentioned in their texts. I found an interesting article on Nkisi, objects inhabited by spirits found in Central Africa, and their relationship to fetish objects in other religions. I began developing a puzzle based on these objects, first linking them directly to something referenced in the narrative texts. Then I set to work developing a clear question I was asking the player to answer with the puzzle. Once I had a clear question in mind, I crafted it into a riddle, which fits with the dream-like tone of the game. From there, I began to search for images that will act as clues, leading the player along the correct path in their research. If they are on the right tract, the symbolism of the images will become obvious and they will know they are getting close to the answer. Once satisfied with the puzzle I created, I presented it to the rest of the team. They work through the logic and tweak details to make the experience more universal. I continued this process throughout the day until I had created six puzzles directly tied to the narrative text of Lovent and the history of Voodoo.

PG: By far, my favorite part of developing games is the reactions we get from the community. I come from a film background, in which you work for a long time without any feedback from your audience. Only once the film is released do you get to see the reactions of your viewers. In game dev, there is a much more dynamic relationship between creators and their communities. The feedback we receive from our players is so rewarding and motivating. I love watching players work in groups to crack puzzles on Twitch streams, collaborate on the IRC and forums during a live event, and take part in field operations. I remember watching a video made by a player in Switzerland: We sent them a cursed hell note (money burned in Chinese ceremonies for the dead) that they needed to bury while performing a banishment ritual. The player chose to bury the note within a medieval castle in the hills outside their town and produce a role play video of their actions. Watching that video made me realize just how much our players are invested in our game.

PG: We have a lot of things planned for the fall. Ahnayro: The Dream World will come out of Early Access on Steam, with a new set of puzzles and companion ARG for the full release. There will be a new Special Ops DLC released for The Black Watchmen and we will be working hard to grow our community with the launch of the NITE Team 4 Kickstarter Campaign. NITE Team 4 is an immersive hacking game within The Black Watchmen universe—the titular team is a division of The Black Watchmen encountered throughout the game. We received a huge amount of positive feedback from our community about the hacking missions in The Black Watchmen, so we worked to expand NITE Team 4 into a full game with a distinct feel and expanded the lore behind the group. During the Kickstarter campaign, we are presenting our players with four distinct storylines for the game, and they will vote on which direction to take the game. I look forward to their feedback and to bring NITE Team 4 and The Black Watchmen to an even bigger audience.

Personally, I am looking forward to learning more about the fascinating world of cyberwarfare as we move forward with development of the game, plus heading down to New York in October to show our games to people at Comic Con. I hear it’s quite the event.