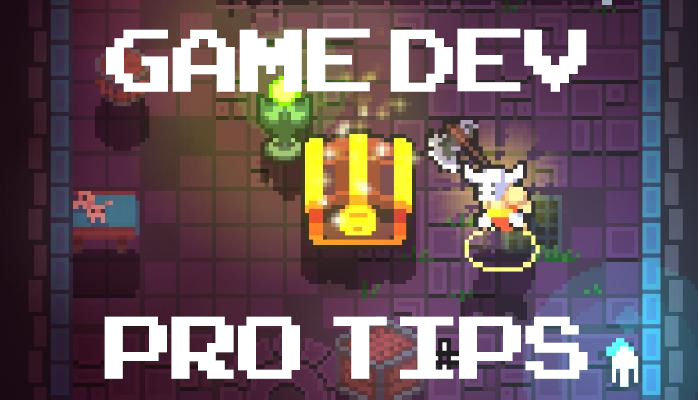 If you really want to become awesome at making games, you need to play a ton of them. As a game designer, you need to understand games from both a psychological and technical standpoint. Can you outline all of the technical aspects that make a good game? What are your some of your favorite games of all time, and, conversely, what are some of your least favorite? Take 15 minutes and list your five top games. Think about what makes them good games and what makes you want to play these same games years down the road. Now do this with the games you don’t like as much. Did you become disinterested in the game too soon due to an inappropriate reward system? It’s good to know where your inspirations come from so you’ll know what game to create and, even better, what games you want to steer clear away from.

The right inspiration also helps a ton. It’s important to document all inspiration prior to creating a game. That way you can easily go back and locate art styles, screenshots, and links that give you good ideas for source material. No need to create an elaborate game design document if you’re a one-man team. Instead, focus on getting your ideas together. If you can, try to jot down a couple lines of copy about what you like about the items attached. If not, it can sometimes be impossible to remember about what you liked about said materials in the first place. Attempt to write down your ideas before you delve into the most technical aspects of creating your game. You don’t want to waste too much time creating something that will leave you frustrated and very unproductive, so don’t wing it. Play a lot of games, and plan for success. Your career depends on it! 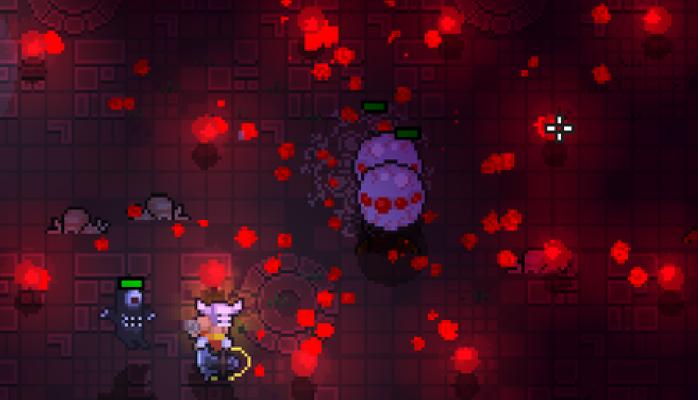 Tip 2: Get Your Audience in Your Sights

Who is your ideal demographic? Kids are very different from adults in terms of what they find interesting. If your target audience is too young to buy their own games, you’ll need to somehow also target the parents of said kids. How about hardcore versus the casual crowd? Or are you trying to build a game for families? Lots of questions that need to be answered. The possibilities are endless, but details like this will need to be determined before you build. Remember, if you try to appeal to everybody, chances are you won’t appeal to anybody. Focus down on a niche and double down on your efforts. This is the key to great marketability.

Now let’s talk about demographics. According to SteamSpy, the overwhelming majority of players on Steam do not buy many games. In fact, they buy 4 (four!) or fewer. You’re not trying to market your game to these types. Hardcore gamers, the ones that play major hits or buy a multitude of indie games are very rare when compared to the overall audience. One percent of Steam gamers own a third of all copies of Steam games, and 20% of Steam gamers own about 88% of games. There are over 700 million PC gamers, but if you’re making a game for Steam, you’re only striving for the attention of only about 1.3M gamers that are buying the majority of games.

If you’re selling your game on Steam, you should appeal to the hardcore demographic if you want to get any traction whatsoever. This means… roguelikes, RPGs, super niche visual novels if that’s your target audience, or even meme-inspired games that may appeal to the right crowd. However: Don’t do casual.

So now that you’ve decided on a demographic to target, what do you prioritize? Focus on the visual aspect over everything else. If you’re horrible at this , find an artist and partner up, buy some asset packs, or contract an artist. After the visuals are polished, focus on refining the core gameplay loop. Make sure that the game is fun. Test it out yourself or with your friends. If you and other players who test the game are not enjoying it, chances are it’ll look bad in a trailer and won’t be fun overall for players who check it out. You’re trying to convince both Valve and the Steam playerbase that your project is worth being sold and played by the masses, so make sure you have a project that lives up to Steam’s standards! 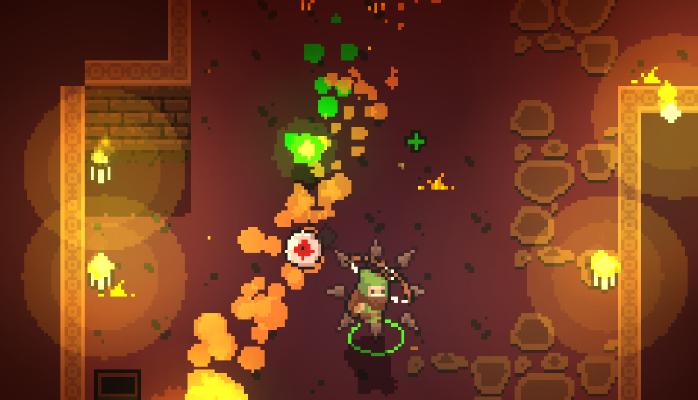 Share your ideas. If you want to make sure you have good ideas or ideas that are profitable, you’ll need to share your ideas with as many people as possible. Your friends might not always feel comfortable telling you the truth. Instead, you need people who are experts in their field that will give you a non-biased opinion.

Get feedback. Try to get feedback on all of your ideas, not just the game itself. Do you have interesting art style that you want to try out? Get feedback on that. Since there’s so much that goes into a game, you’ll probably want consistent feedback at every checkpoint. If you schedule feedback into your to-do-list, then this will not fall by the wayside and it will not be an afterthought.

Sharing your thoughts and getting the right feedback is crucial for understanding how people will receive your game and the many aspects that come with it. The more you share and the more feedback you have, the less your game will suck — I guarantee it.

Tip 4: Down to Brass Tacks, Dollars, and Cents

You probably think that you’ll get to make the games of your dreams. Wrong. Don’t get it twisted: the gaming industry is built based on a hierarchy just like any other job. If you go into it thinking that you can just create your own games and bam!—millionaire—you’re wrong. Most of what you’ll be doing, no matter your occupation, will be given via top-down instruction. If you’re a developer working at a studio, then the game designers will tell what to code, and if you’re a creative, then the art director will be telling you what to make. Even if you’re a game designer, most likely you’ll still have a boss or a publisher that will have their own “vision” for the game. Of course, as with any rule, there are always exceptions — so feel free to think outside the box.

If you think that creative autonomy will come from starting your own company as an indie game developer, then that’s a great idea! But remember that any and every game is constrained by a budget. As an indie developer, this will be your biggest hassle: trying to not only get people to believe in your game, but also to get people to put their money where their mouth is. No money equals no game. Sure, you could launch a Kickstarter, but even that takes time and money and is no guarantee for success.

And if you do happen to get some private investors, more than likely they will want some input and request periodic meetings to see how things are going. Keep in mind that any investor is a businessman and all they care about is a return on this investment. While that Kickstarter may have initially seemed like a great idea, your supporters will also want to be kept abreast of the progress and they will encourage you to stick to the initial vision. Sounds easy, right? But what if your vision changes midway through? If your supporters pumped money into you because of one idea, they don’t want to be sold on another. If this happens, then your supporters will most likely feel cheated. A career in game development isn’t as glamorous as many people make it out to be, so make sure that you’re ready for the challenges if you’re considering a career here! 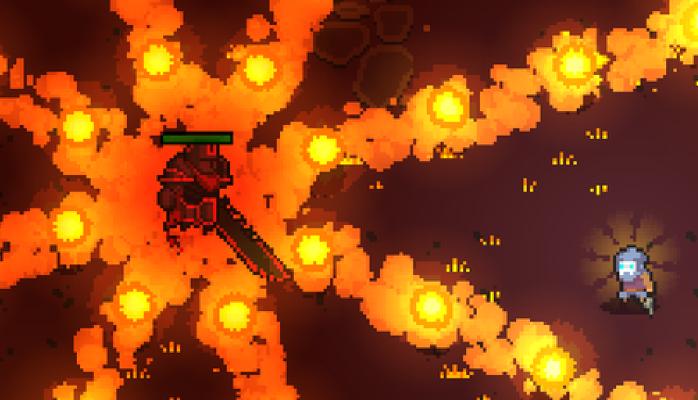 When you’re first starting out, don’t worry if you can only create only a simple game. Remember, with creating any game, there will invariably be technical setbacks that may push back your timeline or release date. Try to prepare for that as best as possible and not set yourself up for failure and disillusionment. Keep in mind that the specific platform that you’ll be developing for will have its own rules about how the game must function before it can be released as well, so work closely with the appropriate contact to clearly understand the specifications exactly so that you’re not in a bind at the last minute.

Remember that constraints serve a purpose. Don’t let the constraint of not being able to create a game based solely from your own vision get you down. Many times, it is this vision that creates a paralysis in us that makes us scared to take any initiative on a project. This is because the vision feels so massive. On the contrary, constraints help to guide us and feed us manageable chunks. When we work with someone else’s vision we can become innovative and creative in ways we never dreamed. Plus, if the game flops, it’s not your fault.

No matter what you do you’ll always be working within constraints. If you have creative autonomy, then you’ll lack a Hollywood budget. If you have a Hollywood budget, then your boss will be holding your hand through the entire project. It’s good to know upfront what you can control and what you need to feel like you need to control in order to feel satisfied. Some people need creative autonomy in order to show the world what they can really do and other do not. Dictating what type of person you are early will save you a heap of frustration in the long-run. Be clear about what you’re after, and plan accordingly. The game development community needs more success stories.