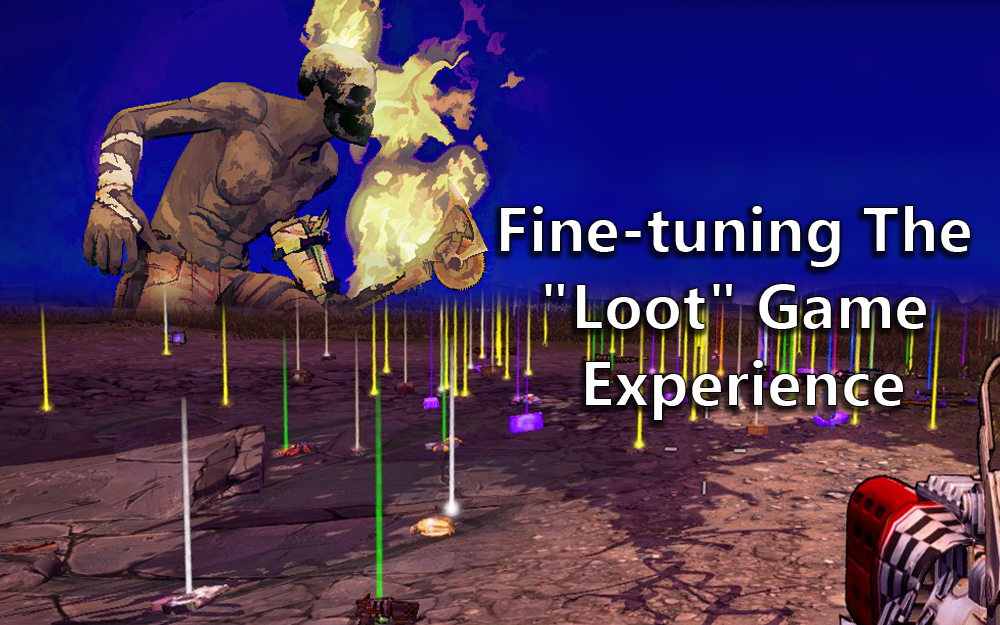 Games that have loot mechanics and randomized content always interest me and always seem to represent how far game design has come. Titles that have these mechanics have being constructed in a way to have a constant climb in difficulty or challenge whilst always rewarding the player. Reward is something people in general always strive for in life, and it works great in the context of a game especially when randomized elements are involved. It’s addicting and is flexible enough to model around various game genres. Though it’s not always designed in a way that is perfect: I feel that there is normally something missing, and I also profoundly admit this is also highly subjective. Games with loot mechanics can help people who are looking for a specific fix, and for others, it’s the type of game that’s perfect for simple social engagement with co-op modes made for relaxation.

Action role playing games (ARPGs) are a popular genre that include loot mechanics. Releases such as Diablo, Path of Exile, Torchlight, and other less popular titles including The Adventures of Van Helsing, Victor Vran, Grim Dawn, and Sacred. The idea with most ARPGs is to have a base set of items and weapons with stats and upgrades randomized as you progress in level. The reason to have this randomization is not only to extend the potential scaling of a player’s abilities, but also to scale the game’s difficulty. It’s hard to pick apart these games because they are well designed, but a key downside is the repetitive nature of the base items. Players will start to recognize these almost within their first few hours of playing; it is a nitpick, but it shows an improving item/weapon range is key. Randomization can also be used in level and dungeon generation, as well as in how the map is constructed. If there is not enough variance in world assets, players will quickly memorize the game world and the experience will become bland. Repetition is a pitfall that developers usually fail to avoid, and whether it will affect gameplay depends entirely on how that gameplay is designed. Developers can also make repetition work for them, but you have to allow for enough change in content as a player progresses through the core of the game.

Grim Dawn is a prime example of a potentially good loot system. In Grim Dawn, you can choose two classes for your character that you can freely put points and levels into. Variety of the classes is enhanced by the variety of the loot drops. RNG dictates buffs for each weapon you use, and some class combinations benefit from some pretty wonky RNG gear. Mix caster stats with heavy armor and weaponry and you make that Arcanist/Soldier very very happy. By randomly combining stats on loot, Grim Dawn is able to fully support their hybrid class system without having to put too much work into making specific items in order for class combos to work. 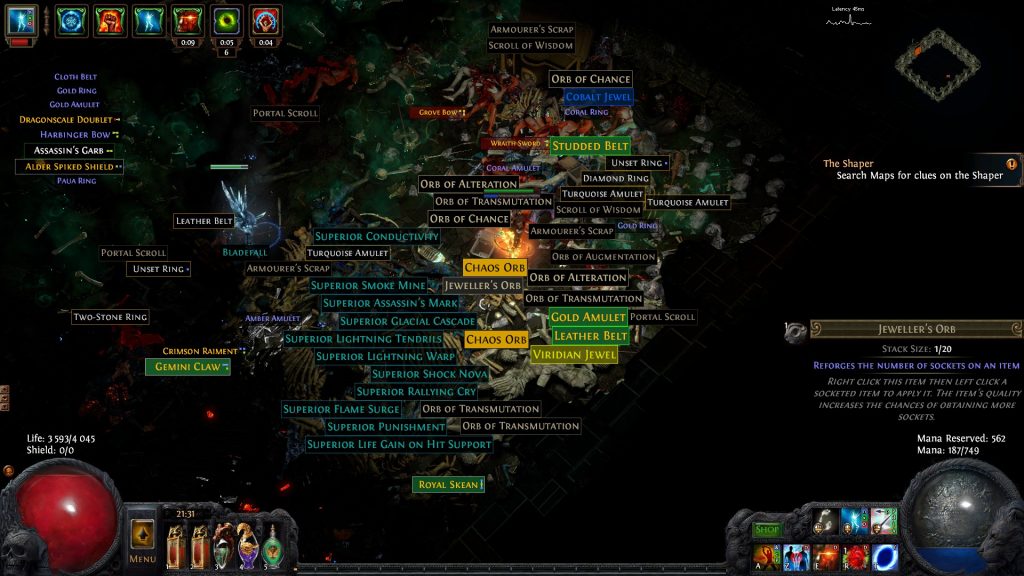 Showing off a massive loot drop collection in Path of Exile

Borderlands is a popular first person shooter series with loot mechanics. For all the things it does right, there are a couple of things that the developers can’t seem to get right. Co-op is something added and seen as required for many games with loot mechanics, Borderlands being no exception. A common issue with co-op, however, is how the core game works as more players are added into the mix: in Borderlands, the game story is designed for the max number of allowed players, but it can also be played with one player. When adding more than one player the game will modify things like enemy health and enemy types. Now, a problem that the game runs into here is that enemies will simply become bullet sponges, enemies that can take extremely large amounts of damage and essentially soak up all the players’ ammunition like a sponge. This is the game compensating for more human players by artificially modifying difficulty.

I think the best way to get around something like this is to include elements to the game that change drastically when adding more players. Developers like the jump in and play method in which gameplay isn’t interrupted, but the problem with this is that by doing so, the devs cannot change major parts of the game lest they risk adding in some type of loading screen. A way around this would be to make the game load a new instance to accommodate the extra player and add in a more difficult variation of content. This would interrupt gameplay but could solve the bullet sponge problem.

[screen from Zombie Island of Dr Ned // BL1 DLC] Borderlands 2 was the fan favorite, although Borderlands 1 probably had the best balance in gameplay

The recent release of Shadow Warrior 2 saw the devs taking the path of implementing loot and RPG elements into its arcade FPS gameplay. It, too, suffers from the bullet sponge problem, but with its well designed gameplay, it makes repetitive gameplay feel less tedious, thus making the mundane tolerable. When well designed gameplay is mixed with loot mechanics, apart from the minor co-op issues, the only other major hurdle is the fun factor. Loot needs a core variance that has a great enough range in which it can sustain a player’s enjoyment even before you add randomized elements. Shadow Warrior 2 does this with its weapons by creating a large collection of unique weapons in core categories. These include light/heavy and melee/projectile weapons with unique story weapons thrown in as well. Once all these weapons are created, a randomized element is added in the form of augmentations to add critical, elemental, and special effects thay are used to combat scaling enemy types and difficult scenarios.

Shadow Warrior 2: Flying Wild Hog have developed something that works. Other developers would probably fail to emulate this style of gameplay.

To Infinite Loot and Beyond

With games like Shadow Warrior 2 and Grim Dawn, loot games won’t be going anywhere anytime soon. Some developers may have started to run the idea into the ground, especially with Borderlands: The Pre Sequel, but there are lots of ideas to explore within the genre. Since loot as a genre crosses over with roguelike, often its a great pathway for indie developers to enter the industry. Roguelike is a popular genre indies like to gravitate to and its a genre that seems to be picking up more and more steam over the past 3-5 years. It’s a genre that prides itself on an incredibly tight and quick core game loop that uses loot to keep things interesting across playthroughs. So how are you going to implement loot in your game? Let us know in the comments.