Crisis! – The 24 Crucial Hours After Release 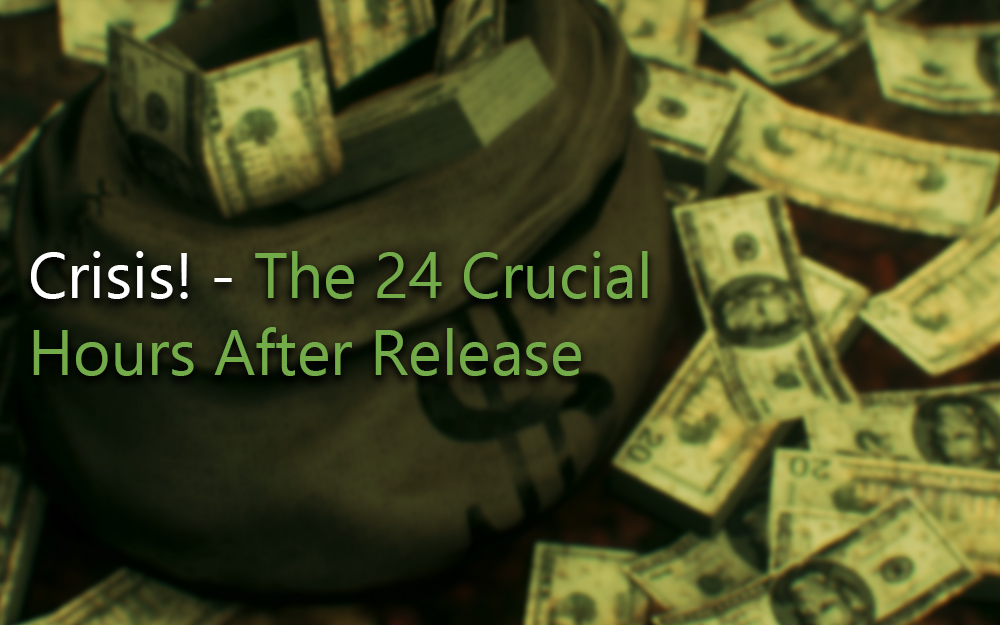 With the advent of the internet, social networks, and community forums, it has become a challenge to endure public opinion. Ideas can spread like wildfire, and within recent years, players have begun to love to join in on opinion trends. For example, if a developer fails to implement a basic feature to their game, this mishap can make people view your game harshly, avoiding all other aspects of its contents. Some developers go the route of trying to control or manipulate how the public response is viewed with either censorship of reviews or by moving around public forums posts or labeling/editing them as posts to be ignored. This is an obvious tactic to soften the blow with any negativity from players but doesn’t exactly make things better and can be a dangerous path to follow. It tends to make the developer look bad, even if part of the public response is extremely harsh. Something like that is a symptom of poor communication and moderation. Censoring a player’s opinion or concern with a game defeats the purpose of an open discussion area for people to talk about the game and share ideas. The first 24 hours after releasing a game (especially on a platform like Steam) are extremely important for the reception of a game and the amount of money developers can make through sales: a single misstep in communication can follow into your first release and can cause severe problems. With open discussion platforms, the players themselves can either be your unintentional ally or enemy depending how your game performs.

In terms of projects which have endured harsh reception on release, there are many. Although among that long list of games only a small handful have had crippling first day reception stick to them for long after release.

The most popular and recent example of a failure essentially in all areas was Batman Arkham Knight, heralded as the final Rocksteady chapter to the Arkham series. Rocksteady was a group of lead developers for the game, although weirdly compared to their first two installments (Asylum/City), Rocksteady opted for a third party (Iron Galaxy) to take over development of the PC port. Without beating around the bush, Arkham Knight on PC was a massive technical failure, full of countless performance issues and a plethora of visual bugs and problems. A common issue with users was the inability to achieve a playable framerate, I myself bought the game on release and with my GTX970 and i7 4770K, I could barely get a stable 50 frames per second. That was after tweaking the Unreal Engine configs as best as I knew how, and this wasn’t even on max resolution or settings. The game was panned by critics, but more importantly, as Steam has public reviews, players took to either spouting their anger or trying to formulate that anger into reviews.

A majority of it was negative and it pressured WB Games into pulling the game from the store until roughly four months later. Rocksteady stepped in to fix as much as they could, but it seemed like the damage was already done. A greater range of people could play the game with the new patches, but the game still had various issues ranging from performance, mission errors and texture streaming issues. This disaster could have been avoided if the original PC release were delayed one or two months and if Rocksteady did the work themselves. After all, this is what went down with Arkham City which was a much better port. To this day, Arkham Knight still has some issues, but its reputation increased slightly because its gameplay is better/more refined than City/Asylum, so now more people are able to have a smoother gameplay experience.

For Batman Arkham Knight, free content was handed out to users to soften the blow for customers regardless of purchase date

An even more recent occurrence of this situation is with the PC release of Mafia III. The game was released with a 30fps cap, due to the developers claiming they “wanted level performance output on all release platforms”. Once the game released, players took the liberty to share how they felt about the framecap by heading to the forums and making Steam reviews regardless of playtime or interest with game content. A majority of reviews within the first 24 hours were solely about how the framecap was a stupid idea and a let down for the PC audience; and these claims are warranted. A PC player should be allowed to push their game as far as their own hardware can allow.

In quick response, Hanger 13, the developer of Mafia III, stated they were working on a patch to add frame rate options for players along with day one bugs/annoyances fixes and have since released the patch. We will see in the coming months whether something as minor as a framecap has been a major detriment to this game’s reputation. 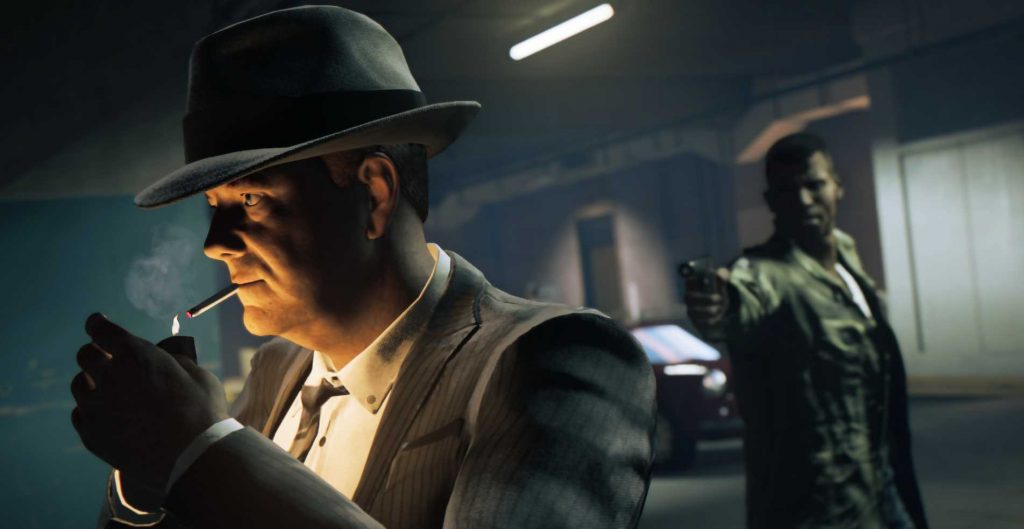 Hype Can be Crushing

These examples along with many other titles are evidence that any misstep no matter how big or small can have a harsh effect on your game’s popularity and sales. It’s not just performance issues that can cause havoc: failed promises with too much hype can have a severe effect. One of the launch titles for Xbox One was Ryse Son of Rome, a hack and slash Roman alternative history game made by Crytek, that gained a huge amount of hype. There was a mountain of marketing for the game banking on it to sell extremely well, although once it released, it ended up having fairly mediocre reception. Many jokes spread around of it being “Quick Time Event: The Game,” although this was an exaggeration of the takedown attacks based on a color code within the game, like Critical Takedowns in the Batman Arkham games. Ultimately, what saved Ryse Son of Rome in the end was its delayed release to the PC platform on Steam. With the ease of a digital store and the added optimization and graphical enhancements, it was met with more praise by PC customers. Shockingly enough even for me, it’s been two years since it came out on Steam, and it still holds a Very Positive rating with ~8:1 in positive reviews.

Another game that had an interesting release was No Man’s Sky: its hype benefited sales positively at release but because of undelivered promises and fancy marketing it ruined the game’s longevity with players. Now it has a Mostly Negative rating on Steam. 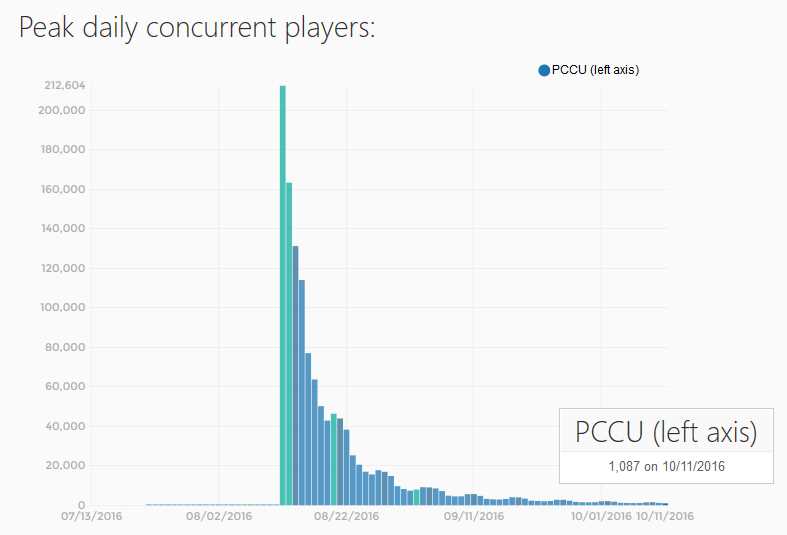 This is the daily concurrent players within No Man’s Sky, compared to release day, the ratio is ~200:1 players, which to be honest is an incredible drop off. Data from SteamSpy.com

So what can developers do to prevent this? The most obvious thing is to research your audience, your platform, and what is expected from your game genre, as well as any expectations if you are making a sequel or working with an existing franchise. Priority for any developer is to make sure all bases are checked before the game hits the market. For smaller developers, a simple checklist would suffice. This also bleeds into the necessary procedure on how to “maintain sanity” in those first 24 hours. No matter how well you prepare a game for release, the people who play the game will still have concerns, even if the product is perfect (and no product is). Keeping you or your team active to respond to customers is important, along with transparency in how you can deal with any roadblocks. If there was Q&A for your game, it won’t mean you will have a perfect product, but it means both you and your audience are aware of any potential shortcomings and the proposed path to fixing them. Make sure to list claimed issues and have a guide on how players can send you info on game bugs/issues. These first 24 hours can make or break your game’s reputation, regardless of your studio’s experience or budget. Even with so many companies failing to handle situations like this over the past +20 years, hopefully newer more recent developers can learn from the mistakes the big dogs make.