Clustertruck’s Challenging Minimalistic Design: A Step in the Right Direction 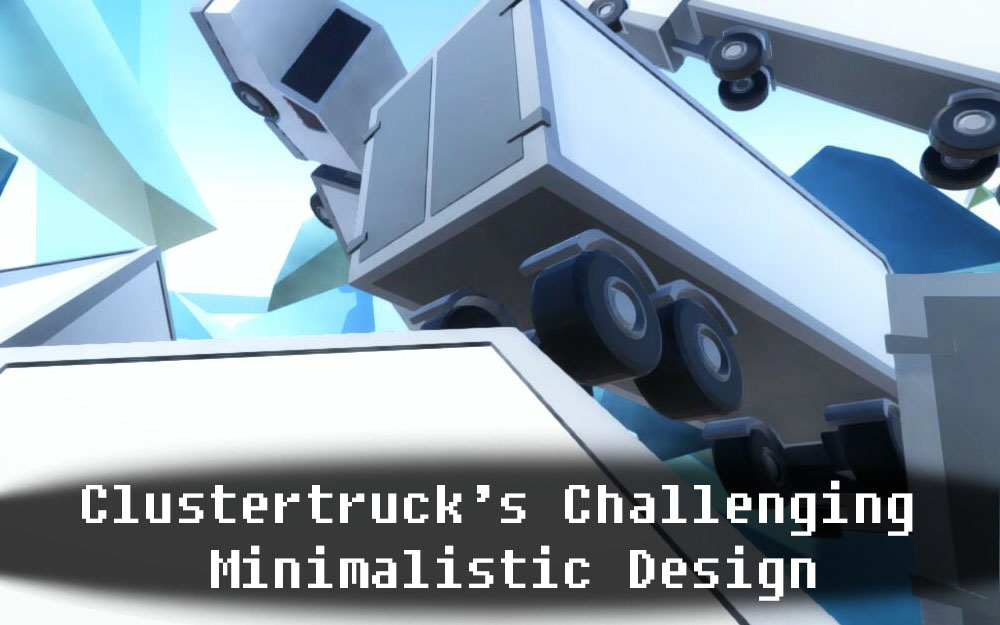 Clustertruck has a simple premise: Travel through a level as a bodiless entity bunnyhopping across the top of trucks at high-speed, evading traps and hazards with the sole objective to reach the end goal. It has a basic visual design and straightforward level based content. To some it seems like there isn’t a lot of content although the developers bank on the included leaderboards and the level editor and steam workshop to allow for users to expand the available content. Clustertruck is a game designed from a gimmick, this gimmick being the act of jumping on and across the top of moving trucks.

Many other games have gimmicks spread throughout although some games base the entire contents off of that one gimmick. Recent titles using this gimmick for the majority of their content include Viscera Cleanup Detail, Who’s Your Daddy, and Goat Simulator. Although a more recent example I’d like to focus on and compare is Superhot.

Superhot’s main gimmick is that time only moves when you move. Each level consists of you eliminating faceless enemies with a small assortment of weapons. The gameplay is still fast, however, as each time you fail to succeed you respawn instantly, allowing you to have flowing experience. There is a story mode and an endless mode, but there is no content creation so the amount of gameplay may be lacking. This of course depends on the player’s own experience and interpretation. Superhot’s price is little high for the content the player gets in the package, though. This is unfortunate, because the game does take the right steps in having a challenging minimalistic design. The game shares similarities to Clustertruck not only by its visual design but also the gameplay premise. 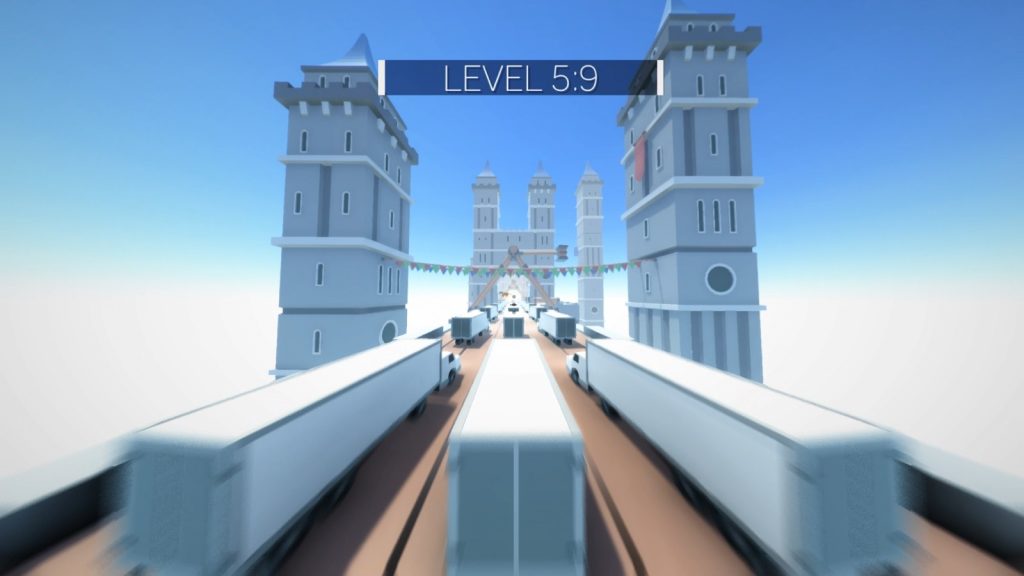 There are multiple themes for each world.

Simple Design that Packs a Punch

Clustertruck is a simple and addictive game that anyone can load up and play. As explained prior, its a main gameplay consists of jumping on top of moving trucks. Each truck within each level (or scenario) sticks to a predetermined path, though physics within the game world or the truck physics itself can change this path. This adds instant variation to the game as each run is not the same. There is always going to be a difference to how you get through a level. This becomes more apparent when you encounter one of the game’s traps that are in place to knock around the trucks or block the player. As you progress, each level increases in difficulty and developers had to patch it due to players who complained about the difficulty curve toward the end of the game.

I spent two and a half hours completing the main meat of the game: 9 worlds and 10 levels each. This doesn’t sound like much content, and no it isn’t, but due to the leaderboards and the gameplay itself, there is so much incentive to push yourself to compete against your previous and other players best times. I spent another 18 hours within the course of two days learning about how much there was to this game and even though its framework is simple, the depth to its game-play is amazing. Players have the option to use abilities to soften the learning curve and on top of that, trucks can boost the physics of the player within the game. For example, a player can slide along the side of a truck whilst jumping for a speed boost.

I have yet to contact the developer about this, but I assume it was unintentional, although it adds natural depth to the gameplay and range to player scores and the levels that users create. 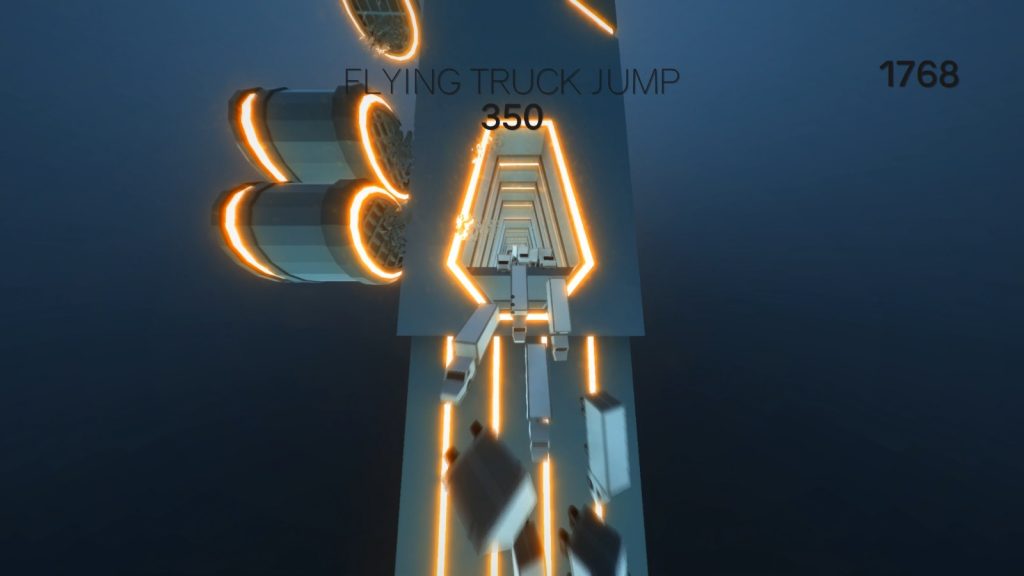 Each level you need to think about your time but also your points, which increase with certain actions.

Taking Notes for Your Own Game

Clustertruck is a great game for developers to be taking notes on. It’s the very definition of an indie game: small, yet packs a mighty punch. It has the base essentials for a game which focus on scores and times, similar to that of a arcade racing game. The aim for a game like this is to make game-play feel solid. This was simple in Clustertruck as there are few main parts to the game. You have the player movement, the trucks, the level design, and the game physics. These things came together and made up the basis of the game. Extra features such as abilities, leaderboards and level editor further add to the game experience but are unneeded for completing the main levels of the game.

This brings me to content creation. Landfall included a way to create levels within the game. The tools are rudimentary and could use some work, but it give players something to use at launch, though it’s unknown if these tools will get an update. Since these are within with the game at no extra payment or download, it allows for players to start adding to the publicly available content of the game. It also has support for Steamworks integration (Workshop). A way to compare global and friends times/scores is designed within the leaderboard feature. It includes a ghost feature to track other’s paths within each level. One thing developers overlooked, however, was an ability to filter times based on certain abilities. Little additions like this can benefit new developers in their own projects.

This design seen in Clustertruck is important. It shows that you can make a game that looks simplistic and minimal but at the same time add enough content that the player can feel satisfied with their purchase. 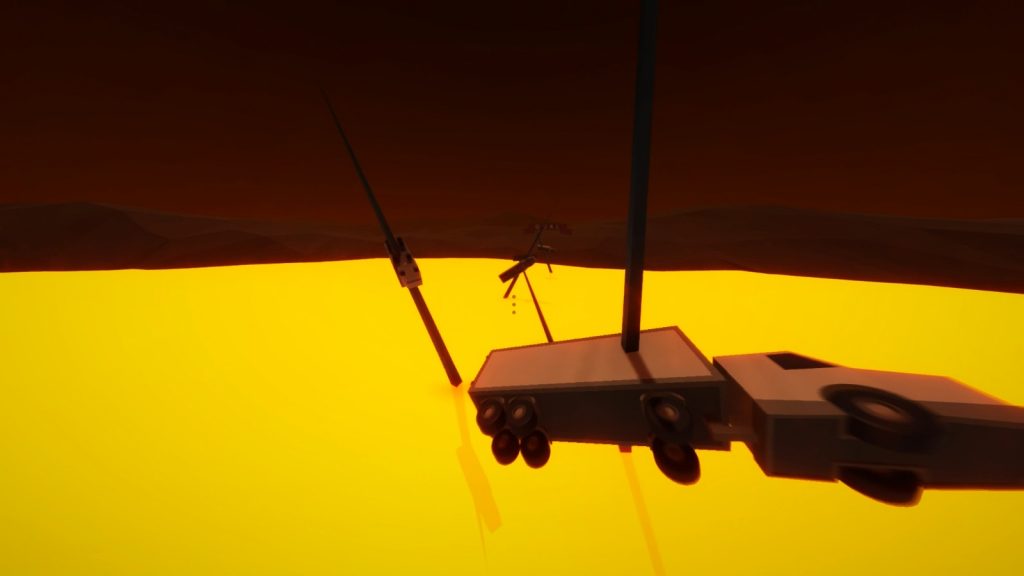