Minecraft After Recess: 3 Ways Video Games are Entering the Classroom 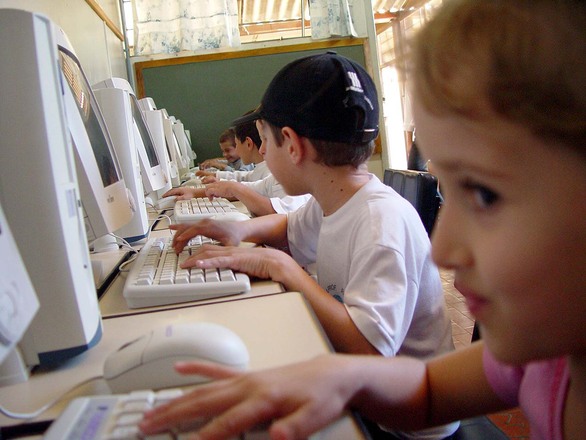 Video games have normally been the enemy parents have fought against so their children can go outside and play like, “In the good old days.” However, numerous studies have proved that video games encourage motivation and reasoning ability, help with acquiring different levels of learning, propose evaluation systems that promote healthy competition, and make young players learn that it’s not always about winning.

Those are some of the reasons the malicious idea of video games is starting to change for the good, and some teachers have even spotted the opportunity to make students learn in a way that makes them feel closer to the material and is more fun, to boot.

The internet is full of educational games for kids: puzzles, drawing games, languages learning, maths, etc.. On Education.com’s website, you can find a large collection of these types of traditional educational games. An upturn of educational games has come along with mobile devices, as younger children find interaction easier with tactile devices. There are, however, some examples that are not-so-obvious.

The original Minecraft became so popular in schools and high schools to help young people learn about physics and geometry that creators launched a specific education version called MinecraftEdu.

With this game, teachers can download predefined lesson plans and adapt them to their needs. Students can then work in different learning areas, with every lesson always taking place inside the same game. The most valuable skill to be learned is team collaboration, as kids need to work together in order to build a particular construction.

Another use of Minecraft possibilities are creating visual representations of novels that encourages children to remember what they have read and use their imagination to transform something abstract into something real. 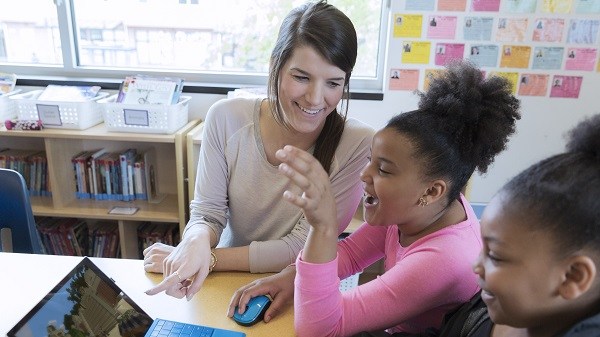 Another example of a normal video game turned educational is SimCity, which was—surprise surprise—called SimCityEdu (with the subtitle “Pollution Challenge!”). In this game, students act as the major of a city and need to take care of the environment impact, passing levels of increasing difficulty.

The game’s philosophy not only teaches children to be aware of the typical city environmental issues but also to empathize with citizens/ employment needs. Teachers can track kids’ progress through different dashboards and visualized data reports to assess each student individually. 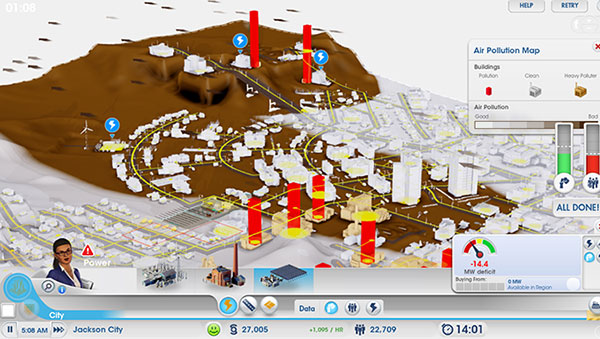 Scratch is a visual programming language that allows the creation of animations, interactive stories, and, of course, video games in an intuitive and easy way. It is license free and even though it was specially designed for children between 8 and 16 years of age, it is being used by people young and old because of its limited learning curve for non-technical people.

There are different programs to develop in Scratch (offline and online) but all of them export the final solution to a public library so other users can consult it. That is another advantage of Scratch, its large online community. There is even a community named ScratchEd where educators share experiences and resources with others.

With Scratch, children prepare their brains to think of step-by-step solutions to complex problems as they start to grasp how more complex programming languages work. They can also learn how to work cooperatively in a basic development project.

Although Scratch is the most famous platform (it is currently being used in more than 150 countries), there are other software engines to build games with easily: Wimi5, an online game editor that generates a HTML5 game, and Mit App Inventor (it exports an Android app that can be uploaded to Google Play Store). 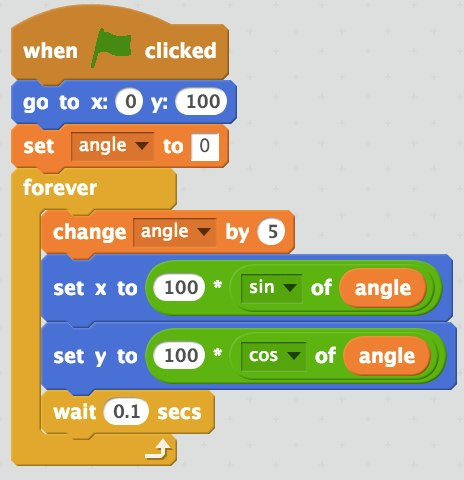 The Game Devs of the Future

Almost every teacher that has made an effort to taker their lessons toward new technologies and video games is satisfied with the result and is willing to repeat. Students these days seem to learn faster and start from a very young age to interact with computers and mobile devices, a basic skill necessary to any digital native born during the 21st century. One day, some of these kids will become game devs in their own right, and when they do, we can spend our retirements enjoying what they create.