Fired Up! Making Your Weapons Cooler 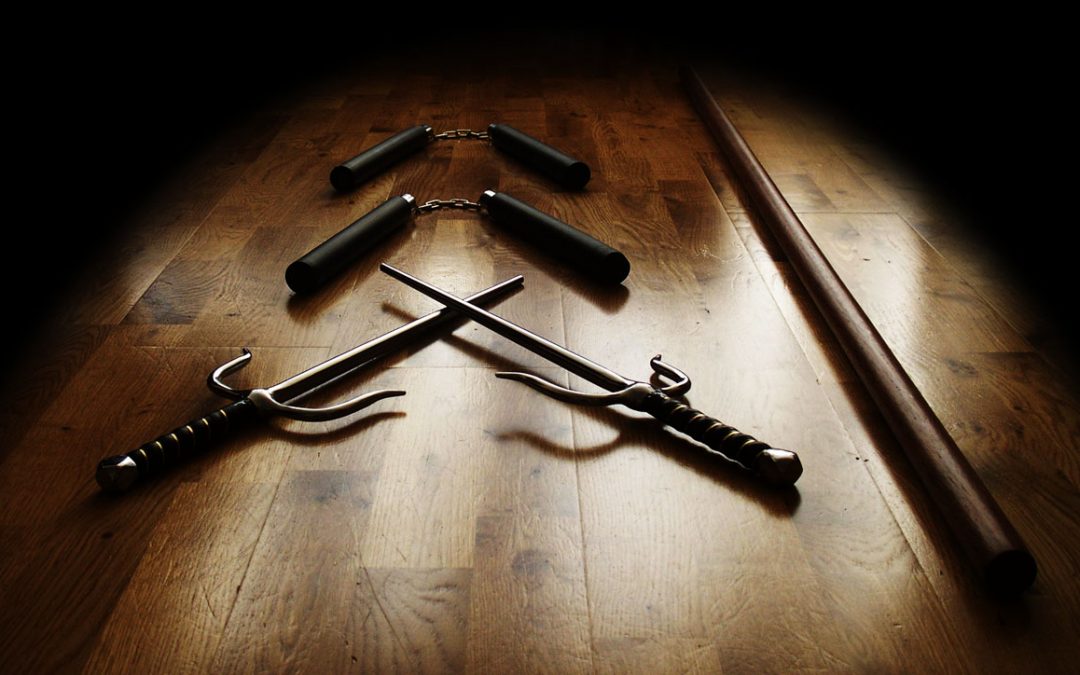 Weapons have been a very important in video games since the very beginning (Space Invaders could be considered one of the first ones to use bullets). Shooters offer guns, knives, and grenades not only as tools to destroy your enemies, but also as transversal elements used in other aspects of gameplay.

If you are planning to include a weapon to help your character through their adventure, don’t shoot yourself in the foot! Follow these easy tips that have been applied successfully in a lot of famous video games.

Video games that contain weapons normally need quick reaction times from the player, who is immersed in a constant-action situation based on “killing or dying.” This means that a weapon that is tedious to unsheathe, point, shoot, or constrains the character’s movements in some way may be unpopular (or you could base your whole game around them, a la the Souls series). However, when weapons are agile, fast, and accurate—in brief when they are fun to interact with—users will enjoy their game experience the most. 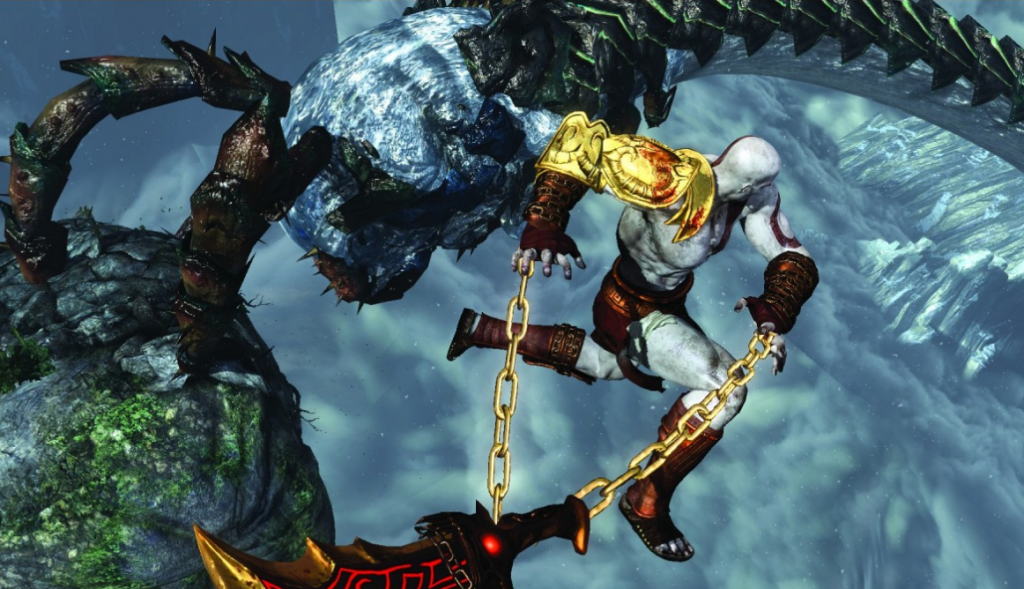 Kratos’s Blades of Chaos from the God of War series are a perfect example of a weapon that combines different fast movements to raise enemies in the air, kill enormous monsters, or face an atgormy—all at the same time—by using a spinning attack. The sense of destruction and power you feel when you combine the different movements against a bunch of enemies is priceless.

Of course not all weapons can be like Blades of Chaos and in the other part of the balance we have found what is considered the worst gun of all times: it is called PS20 from the original FPS Deus Ex and its great feature is that it can kill enemies with a single shot, just like every other gun in that game. The main difference is it can only shoot once and cannot be reloaded so it becomes useless when there is more than one enemy on sight. The funniest thing is it can only be found in hidden parts of levels as if it were the most powerful gun ever.

So, you’ve discarded guns, saws, sticks, and knives for being too typical. That is great, but you need to be aware that if your weapon is going to be original, your gameplay should probably reflect the uniqueness of that weapon. Designing the gameplay or the weapon that interacts with that gameplay first is like that old dilemma of the chicken and the egg. 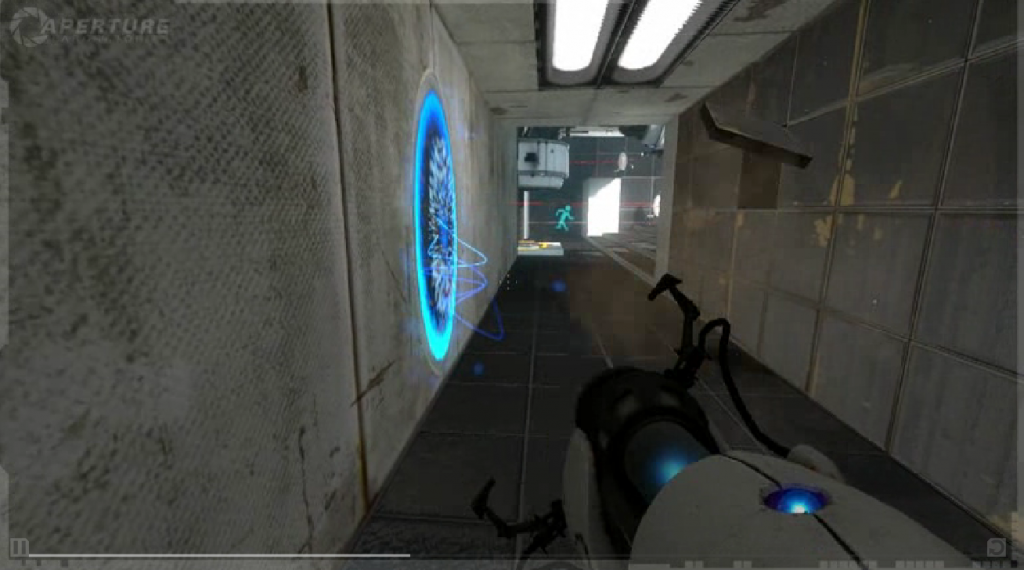 Portal is a classic among classics. The idea of being able to shoot two portals randomly and connect any part of the space is so original, players want to play this game just from knowing what it is about. The portal gun will accompany you in the two releases (aptly named Portal and Portal 2) and will not only help you solve puzzles by modifying the laws of physics but also by being used as a normal weapon against upset robots that you come across.

If your future video game is an FPS or TPS you will surely give your players a diverse set of weapons with different pros and cons. For example, if players are used to shooting several times before the enemy diesm when they receive a gun twice as powerful, they will feel like a master of destruction. Sadly, the effect will only last a little while.

The following graph displays three desired features in any video game’s gun. In the first few levels you can provide the player guns that only have one desirable characteristic. As the levels get more and more complicated, players can find weapons that combine two features (the intersections in the graph). If you really want to include one that has all the advantages, you must only allow its use for a short period of time or only to beat the final boss. Otherwise, players will find the rest of the guns useless and the gameplay will quickly become stale. 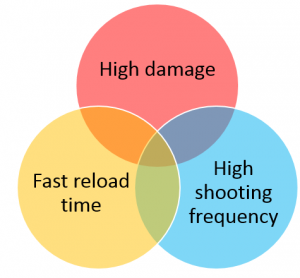 A good example of gradual weapons power can be found in GTA series, where you start with your bare hands and you end up triggering 50 bombs at the same time. Along the way, the player can find a huge variety of other strange weapons, from baseball bats to big purple marital aids.

Make Them Work Against the Player

You may think this tip makes no sense. Why would the player want to die by using his own weapon? For the same reason they will (or will not) play your game: because they want to have fun. Including unexpected behaviors or introducing risk will make the user feel a sense of novelty and an increase in game action. Furthermore, this opens a lot more possibilities in online games, where you need to be careful not to harm your own team too much.

The famous Mario Kart shells are a great example to illustrate how your own “bullets” can either make you win or make you lose. Another example are grenades in any FPS like Call of Duty. The player may be fast and avoid injury from their own grenade, but maybe someone from their team is on the receiving end. Whoops. 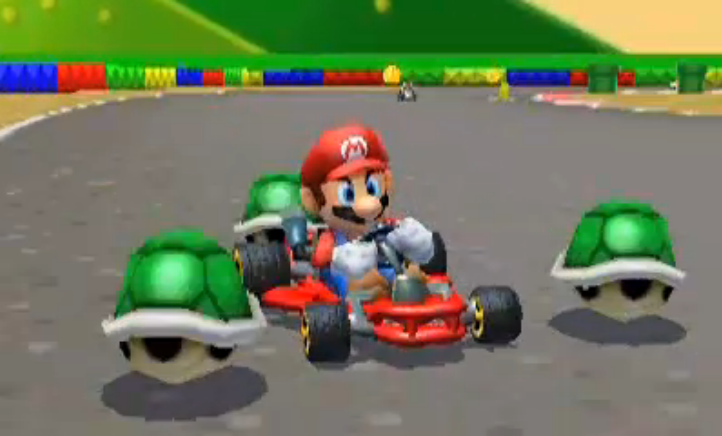 This point is one of the hardest ones to achieve if you are a developer, especially because it also involves the marketing and delivery team to make it work. If your video game contains a very special weapon that is common for the whole gameplay, do not hesitate to give it the same importance as your main character. Potential players must establish a mental connection so that specific weapon will make them automatically think of your video game. History is full of weapons that could not exist without their characters and vice versa, for instance: 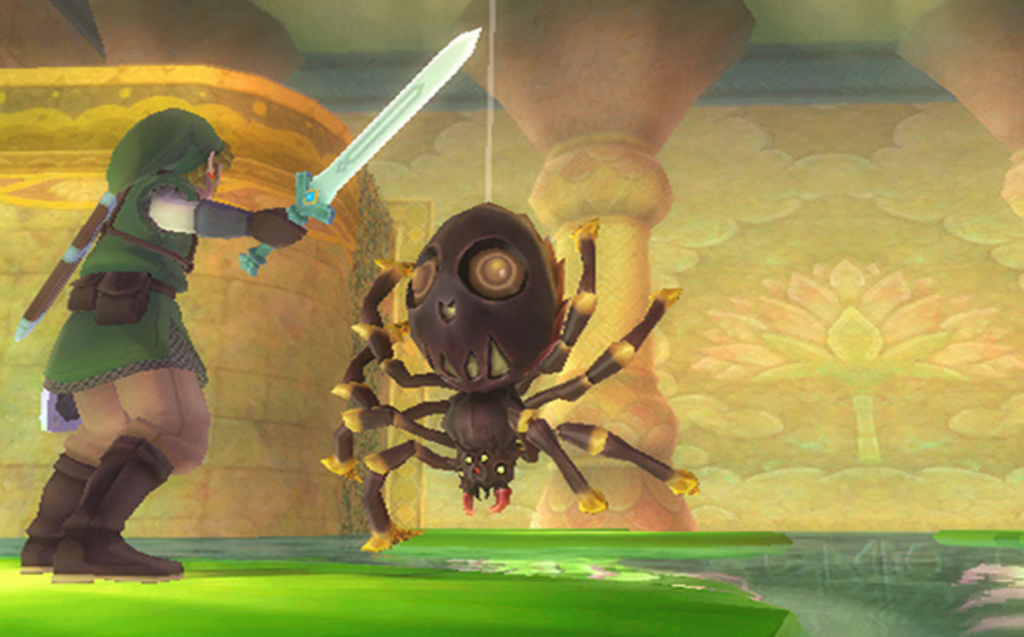 Link’s Master Sword: not the only weapon in Zelda series, but it is definitely the most famous one. It has appeared in every game of the saga with different predefined attacks depending on the platform. 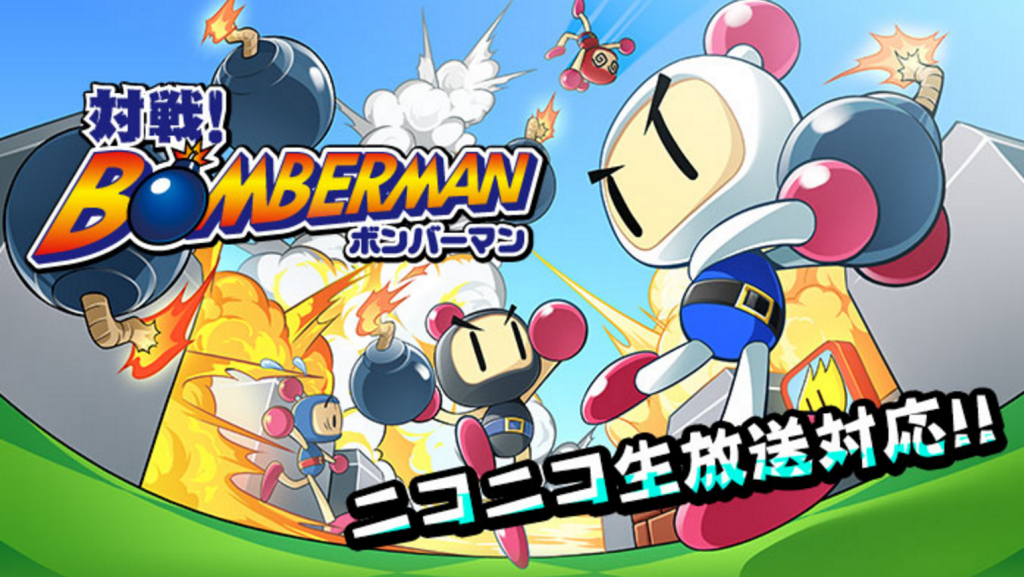 Bomberman: the perfect example of the exact symbiosis between character and weapon in an action video game. What would Bomberman be without his destructive bombs? That’s right, only a -man. 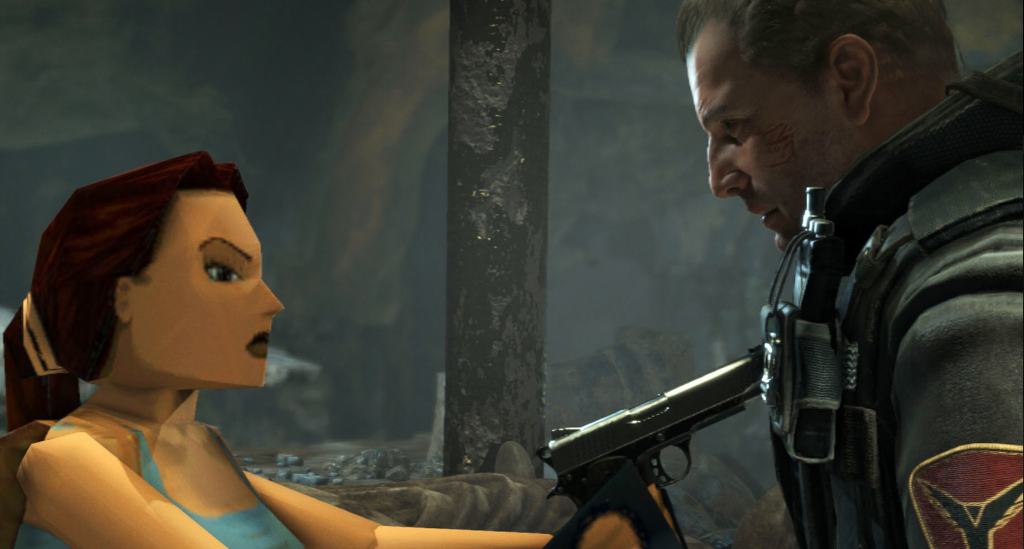 Lara Croft: guns (and her cartridge cases) are also an icon in popular culture since the first Tomb Raider video game was released in 1996. Any girl that dresses up like Lara in Halloween cannot miss her famous guns to make the perfect costume.

What about you? Have you experienced the feeling of using a weapon and could not stop playing that particular game? Have you applied any other related tip to your video game that improved the gameplay?. Shoot your suggestions in the comments.