From a “Proper Job” to Indie – Part 1: Taking the Plunge 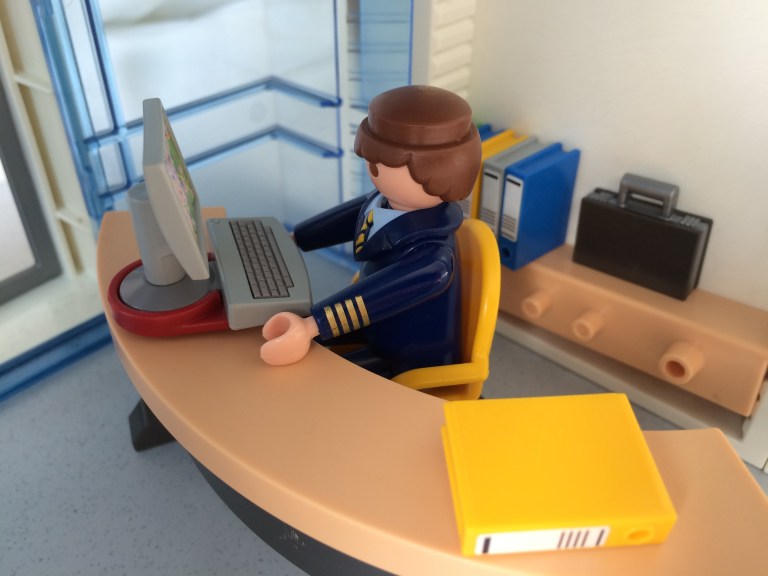 “From a ‘Proper Job’ to Indie” is a series of articles that describe what it was like going from Full Time Employment into the world of Indie Development. For anyone who is thinking of taking a similar path, the takeaways here may prove useful. For others, it’s an interesting insight into where Abandon Ship has come from, and why.

I am quite a driven individual (my wife audibly groans when she can tell I have a “bee in my bonnet” about doing something). I always wanted to get into the games industry, so when I left University in 2002, I applied for a QA position and remember telling my Interviewer that “I intended to progress out of QA quickly”. My plan was to get my foot in the door, work hard and start climbing the ladder. It was weird leaving University and taking a really low paid job – but hey, I was following my dream. I understood that my dream would not happen unless I made it happen and that sometimes sacrifices need to be made in order to do this (this is an important point, it re-occurs a lot!)

True to my word (and kudos to my employer for giving me the opportunity to progress) I did climb the ladder, and by 2010 I was an Executive Producer. I ran big teams, worked on some prestigious franchises and made games I was proud of. 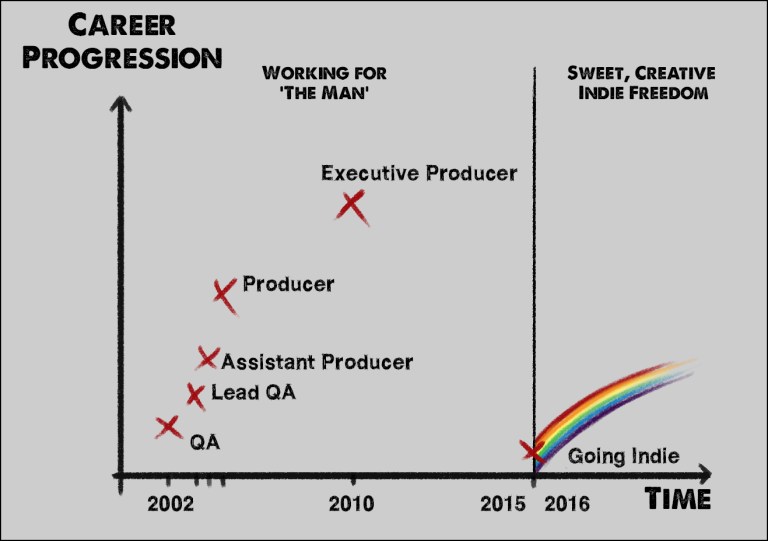 Not perfectly to scale, but this is basically what my career progression looks like to people like my parents 🙂

When I got into the Industry, I had two ambitions:

I achieved the first ambition when I ran a large project with Sam Barlow as Game Director. Unfortunately, the game got canned as it approached the end of pre-production. A bit of internet digging wouldn’t be hard to work out which game that was (boy could I tell, or at least correct some of the information out there).

This was a tough moment; I was really invested in that project. There were some amazing things about it, really forward thinking. But it wasn’t without its problems, and for many reasons it was a tough project to work on. So my first ambition turned out to not be as good as I thought it was.

Canned projects happen all the time in the Industry. It can be really hard for people to get over, but regardless you only have one choice; pick yourself up and move onto the next project. So that’s what I did.

Although I didn’t realize it at the time, I think coming to terms with my first ambition not being all it was cracked up to be had a big impact on where I am now. 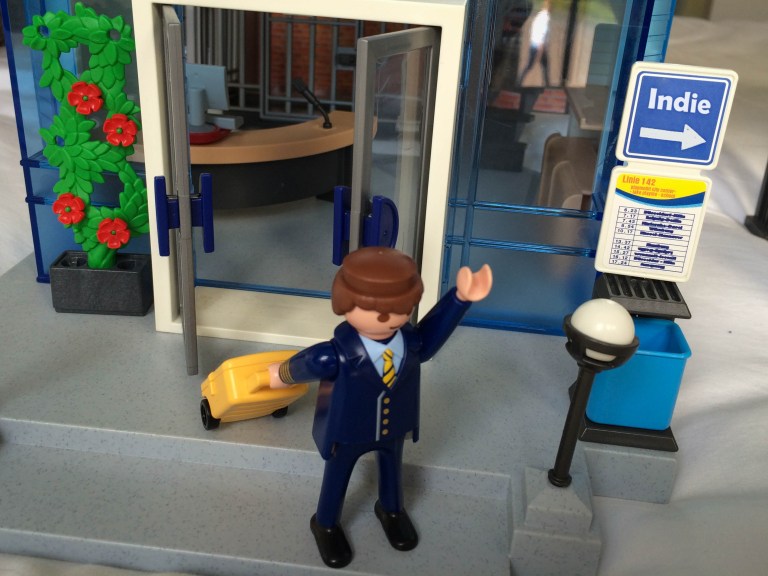 When I left work, there was a lot more cheering and high-fiving going on.

In late 2015 I was approaching the end of a game I was working on (the Assassin’s Creed Chronicles Trilogy) and as is usual at the end of projects, people tend to assess what their next steps will be. I was happy where I was. Exciting things were in the pipeline—Why would I leave?

Two reasons: The growing sense that my second ambition had not been attempted yet, and the dreaded “bee in my bonnet.” Once I remembered that my dream would not happen unless I made it happen, combined with my drive starting to kick in meant that suddenly, pursuing the dream became the only option.

I recall explaining my plans to my non-entrepreneurial parents. To them, I was going to give up a good, well-paid job—one that I was happy at— and I was going to have no income, live off savings, and take a massive risk, all with two young children (even writing it down now, the risk-averse part of me thinks how absurd I was). I told them that sometimes sacrifices need to be made to follow your dream, that if it didn’t work out I’d just get another job, and while they didn’t understand, they at least accepted it.

Luckily, my wife had faith in me and my abilities, which is another important point for people considering going Indie: Have faith in yourself. If you think about it, going Indie can be absolutely terrifying. Making games is really hard. Making a good game is even harder. Even if you achieve those things, the market is so saturated you may not sell anything.

Even once you have a solid plan and a great game idea that you can execute upon, you still need to have a little faith in yourself. 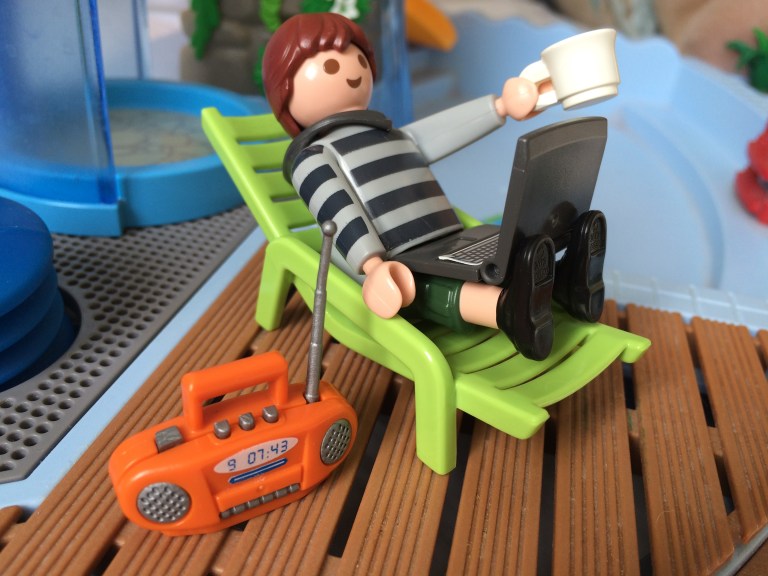 This is most people’s idea of what being an indie dev is like. It’s not. Although judging by the smile on his face, I don’t think that cup is full of tea . . .

The Lessons I Learned

I am writing this now with no regrets. I wouldn’t go back and change a thing. I don’t know what the future holds, but I have a plan and will tackle whatever comes my way.

So what would I tell someone who is thinking about quitting their job and going Indie?

Please note this blog post assumes you already have a kickass game idea you can deliver and a robust financial plan. I recommend you have this before you go handing in your notice!

In the next article, we’ll talk about some of the important tasks to do as soon as you’ve gone Indie.