Plague LLC: Getting Your Game to Go Viral 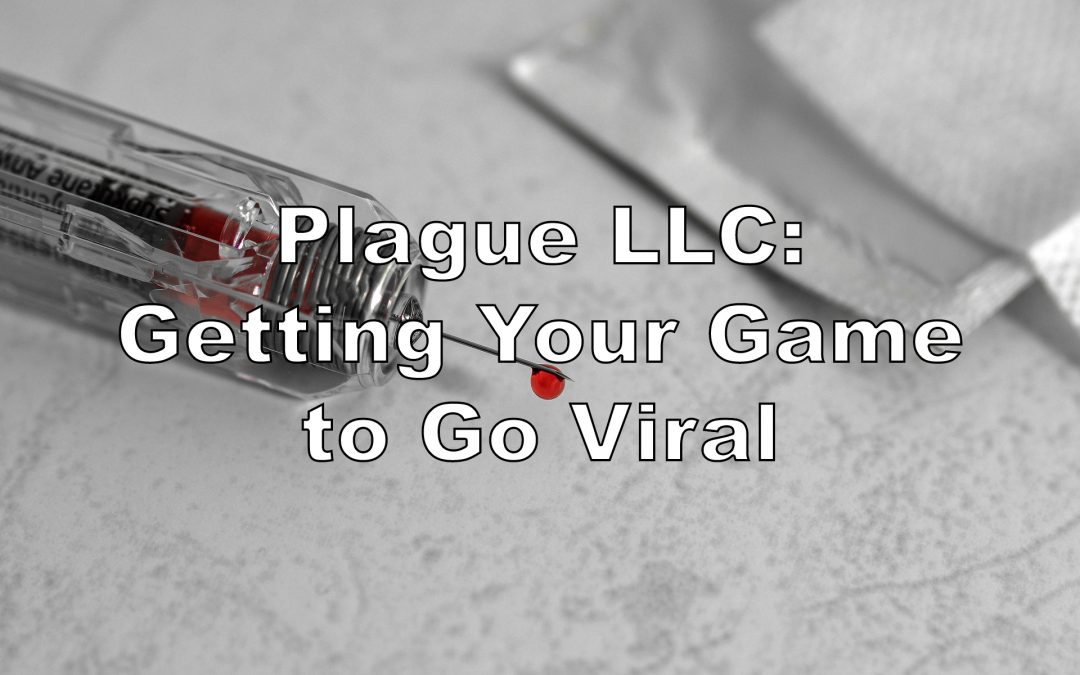 There are roughly 1.2-1.3M gaming apps available on the app store but out of that over one million app library, only a handful are installed. So how do the top gaming apps reach and more importantly maintain their high rankings? There are two major aspects when it comes down to it: the game itself and its viral factor. The game should offer a good user experience as well as provide opportunities for satisfied players to share it with others.

Virality is the ability to exponentially grow. It is the extent to which existing players will invite their friends and bring new users. One can use K-factor scoring to measure “virality.”

The formula is as follows: k= (i*c), where i is the number of invitations sent my each user, c is the percent of people who actually performed the desired action (downloading the app), and k is the coefficient that indicates how many new users an existing user brings.

For example, Maddie discovers a new game. She decides she really likes it and wants her friends to experience it too. She then invites six friends to play it, and out of those six only three accept and download the app.

Now in this example, i=6 (total invites) and c=50% (rate of invites to downloads), so only half of Maddie’s six friends were converted into customers.

This makes the K-factor 3.

The above formula is merely a conceptual overview. The challenge, realistically, lies in collecting, processing the data, and optimizing the app in order to make a more viral game.

Here are three things you can do to improve the virality of your game: 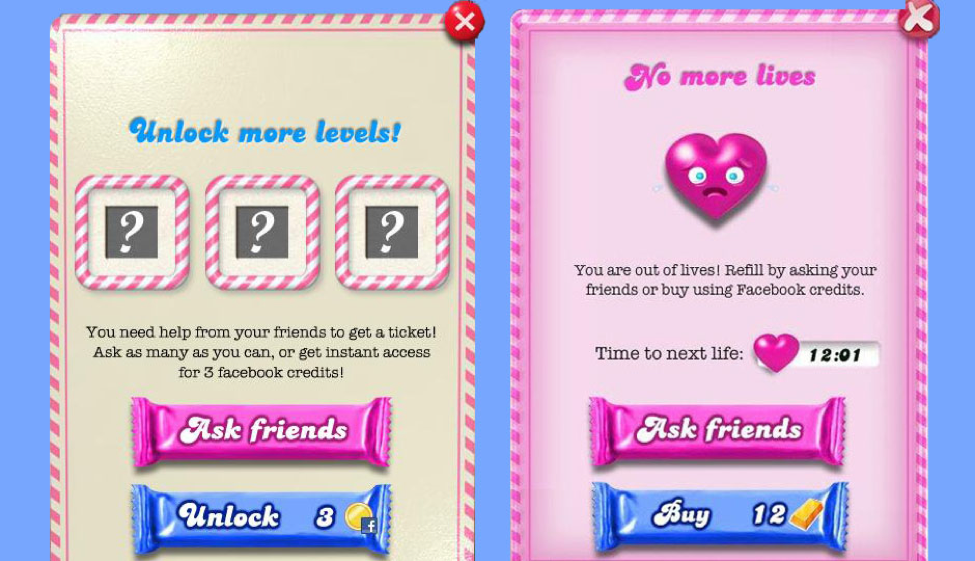 Let’s take a look at the example above from Candy Crush.

Here, the call to action (CTA) occurs only after a user has been playing the game for quite some time. By having two CTAs, though, you offer an either/or decision: the player’s decision is now whether he wants to ask friends or get more credits. He is not asking himself if he should or shouldn’t click the button but rather evaluating which option is better.

Also there are two different offerings: one to unlock more levels and the other to get more lives. Each proposal appeals to a different type of player. The first one is more suited for a long time player who constantly interacts with the game, while the second “pop-up” is more appropriate for the casual player who is currently engaged. It is important to segment users so that you can deliver more relevant messages to them.

Lastly, Candy Crush pushes only Facebook as the social media channel for sharing. By doing so, they eliminate the need for users to contemplate which channel to use, thereby making the process smoother and more simple. Facebook is also an ideal platform to use, because it offers a more personal experience than Twitter, and also allows a single message/invite to reach a large audience quickly and easily.

When it comes to gaining popularity or “going viral” the key is getting existing and loyal consumers to inform others. While a good game with good user experience and player incentives forms the base of our “virus,” with smart design, you can greatly amplify the K-factor, and thus the success, of your game, reaching a wider audience and rewarding yourself for all that hard work spent in development.

About the Author:  Natalia Kushnir is a part of the TapReason family, which helps app owners get more from apps. More downloads, more retention, and more revenue by harnessing the power of artificial intelligence.