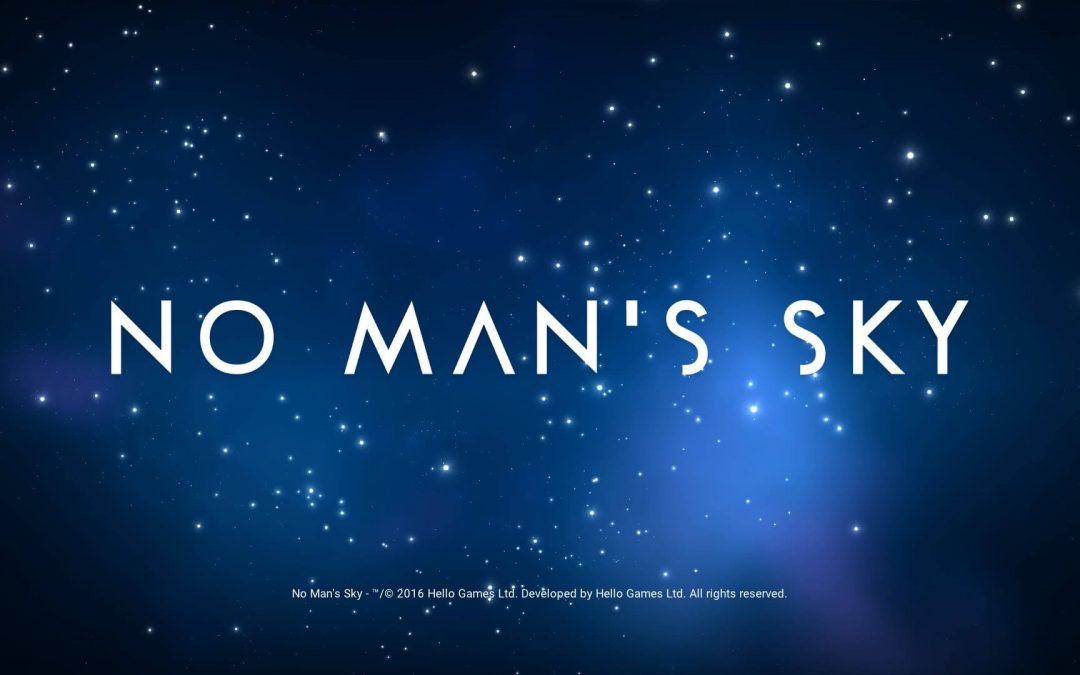 If you’re like me and way into all this sci-fi nonsense, then you were probably excited when the first reveal of No Man’s Sky surfaced on the internet. A game that allows you to travel through space and land on planets without a loading screen? What? Yes please! But, as ambitious and beautiful as an exploration-heavy, survival, sci-fi adventure game sounds, Hello Games—whose only previous works are the Joe Danger series—regrettably didn’t live up to the hype. At least as of now. Because even though this article is about what was disappointing about No Man’s Sky, there is still hope. 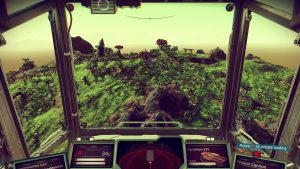 Lounging on your spaceship is what you do most when not mining.

Let’s start from the beginning and to be completely honest: No Man’s Sky had a shocking launch. Even worse than Arkham Knight’s PC port, and, personally, I believe that it was worse than Assassin’s Creed: Unity’s launch. Especially on PC. Even though the technical difficulties are all across the board (I’ve experienced three massive crashes on my PS4), the technical problems are most prolific on the PC. Issues with frame rates, fluidity and whole-system crashes were littered everywhere, and where there are complaints, there are articles.

You know there is something definitely wrong when players with some of the strongest gaming gear in their rigs are experiencing technical issues. Where the only way to move on from a crash from the game is by unplugging the power supply.

But it wasn’t all about the technical side that contributed to the dreadful launch.

For many players, the game was just . . . meh: a far cry from the teaser gameplay trailer. Players felt like they got the short end of the stick when it came to graphics, to the gameplay depth, and where was the exoticness of the flora and fauna that the trailer promised? Well, many of them just ended up looking phallic! Kotaku channeled their inner Freud and wrote about them here.

Currently, there are two endgames in No Man’s Sky, and frankly, each of them end up making you feel like you wasted your time. But when I say two, there is really only one. Just two different ways of getting to it:

Now, spoilers ahead for anybody who believes there’s a lot about No Man’s Sky’s endgame to be spoiled. Here we go:

Yes. You read that correctly. There is no endgame. Not really.

There are key differences with how the game explains your character going to a new galaxy, but they’re just semantics. Either you create a new galaxy by giving the last Atlas Interface every Atlas Stone you get from the previous Interfaces (gee, thanks Hello Games for telling me I need all of them after I sold my first couple for quick cash) and go to that new one, or you get sent to another galaxy. Presumably one that was created by someone else who was smart enough (or naive enough) to spend ten item slots holding the ten Atlas Stones needed to create a new galaxy. 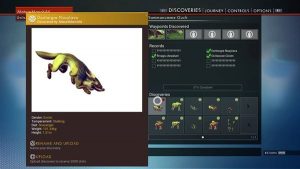 Discovering all the species is a special kind of chore.

Every time you land on a planet you might be given a number of different species that are unknown that you can discover, giving you credits. And what’s that? If you discover all 11 species on this planet you’ll get a significant reward in credits? Yes please! But oh wait, fauna randomly spawn on the planets. And with the exception of the odd, gigantic species that appear in some planets, you’ll have to land and go out on foot for them to spawn.

You practically rely on luck and good RNG to discover all species. No biomes. No nothing. Just luck. And with a recent patch getting rid of the option of uploading “complete” species discovery on planets that have none, good luck on getting those Zoology Scanned Journey Milestones. Odd, right?

No map mechanic. So if you go off somewhere, and you want to come back to a certain area, you probably won’t be able to. Unless luck. Odd, right?

The game wants you to discover as many locations, flora, and fauna as possible. And to do so, you need to land your ship and go on foot after flying for a few seconds. But the fuel requirements to go back into the air are so expensive so you’ll have to refill every four landings. Which leads to repetitive mining sessions. Odd, right?

I feel like I’ve been really harsh on Hello Games (especially the third point), but it all comes from a loving place. Even though No Man’s Sky has been quite disappointing for a lot of players, the developers have been very diligent in trying to improve everything they can. Currently, they are working hard to release patches to try to get rid of the technical difficulties that players are experiencing. And everyone is working on these patches right now. They knew they messed up, and they’re working their damnest to try to fix it.

And Sean Murray, co-founder of Hello Games, has stated that they are thinking of adding more content into the game at some point after they’ve done all they can to fix the launch problems. So, hopefully, No Man’s Sky will be less and less of a disappointment as time goes by.