Learning with the great ‘Legend of Zelda’: Puzzles and their places 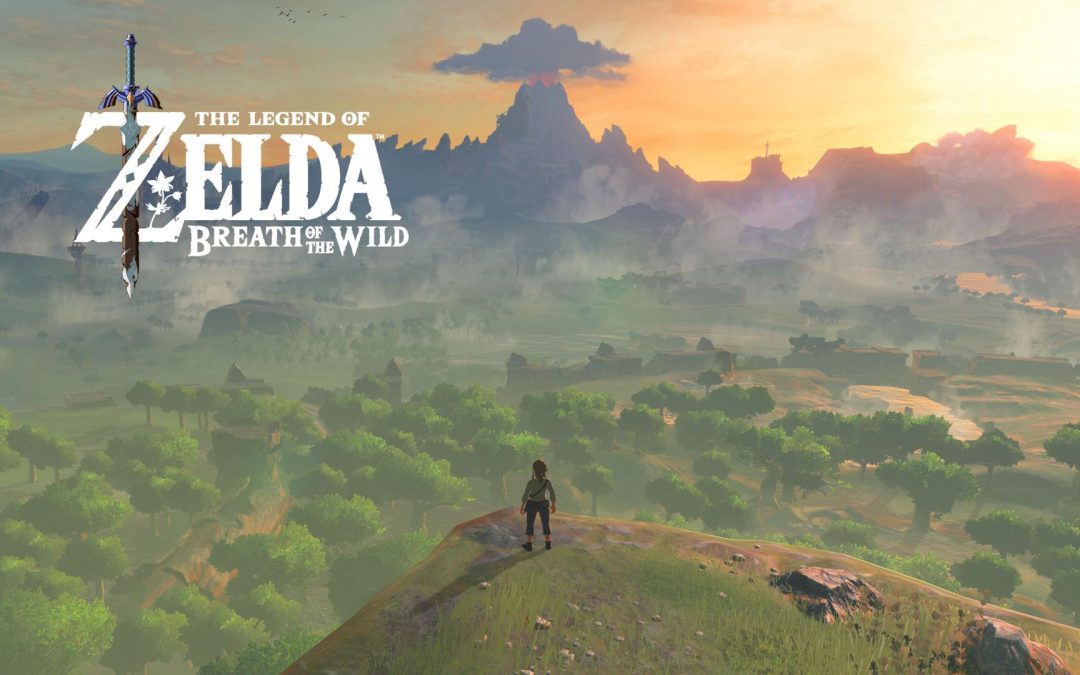 The second article in this learning with series takes us to the land of Hyrule in the “Legend of Zelda”. If it’s been a while since you have played one of these games, read this article and then go and play one again. Over the years, Nintendo has made a name with the Zelda franchise because of style of gameplay known as action adventure. With their years of practice, Nintendo has also created a reputation for the puzzles the “Legend of Zelda” franchise puts its players through. Talking about which temples I like or don’t like will not be what this article is; instead, discussing what each of these places holds for a player would be of greater service to any game developer thinking about making some puzzles for their players.

Patterns and Puzzles in Combat

One of the many ways the Zelda franchise implement their puzzles against the player is through combat. In the early games of the franchise, players relied on visual cues to defeat the mundane enemies as well as the bosses. Now, fans of the franchise inherently understand the patterns or methods needed for some of the basic recurring enemies like ‘Wallmasters’ or variations on the ‘Armos’. New enemies and bosses alike all require players to learn a series of attacks before there is a break, attack some environmental hazard to drop onto the boss, or wait to deflect an incoming attack back at the enemy. It even goes as far as to change the patterns or method necessary to injure the boss when it gets to a certain amount of remaining health. Having to learn how to deal with enemies is a creative puzzle in and of itself that developers seem to overlook. Yes, it can make some things over complicated, but if done correctly it can also add an impressive layer of detail to your games.

Sometimes, the boss is not the threat. Sometimes it is the room or environment itself that is preventing Link, and thus the player, from continuing. It is hard to picture a Zelda game without temples, and it is also difficult to picture a Zelda game where a theme didn’t fit each temple. Nintendo has done a great job in making each and every temple feel completely unique and new. This is something that all developers should strive for, but I know personally how hard it can feel to do so. It has taken years for Nintendo to work through their theming guidelines and rules into the perfected concoction they use today.

Knowing how to create an environmental puzzle sounds easy, but can be incredibly difficult to create depending on particular theming choices.The “Legend of Zelda,” for example, uses several Ice temples amongst their games, where Link, and thus the player, slips and slides around the floor and needs to avoid pits where they could fall into oblivion. Sometimes it is the timing to a particular jump that takes several attempts before the player understands what is required of them. But is ice really the only environment that will leave a player slipping around, unable to completely grip as they walk? What if the next temple was made entirely from polished metal? I could see polished surfaces being slippery for the player to try stumbling through. What if instead of an obstacle course, a player is required to perform several actions like shooting ‘X’ amount of targets or collect ‘X’ amount of coins. These concepts are some that come to mind first, but there are others that could just as easily prove to be as difficult.  A good design will have both of these concepts—puzzles and the environment—working together to obtain the best results. Learning how to make the terrain as difficult as a boss will leave your game as a whole memorable, rather than just the boss fights. 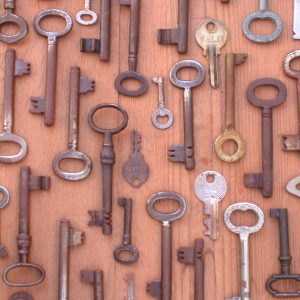 Some doors simply require a key, but is it that simple?

One of the most overlooked factors in this franchise are keys, and how the regulate and sometimes guide a player through the temples. The rules for keys are simple, a key opens a door and a boss key opens the boss room. These keys are strategically placed around a temple much like a treasure hunt. Some rooms even yield keys as a reward for defeating a difficult group of enemies, the boss key a reward for a mini boss. Usually they are used for that temple only, so often times this guides Link, the player, to explore all possible rooms for their secrets, or check their map to see if they have any unvisited rooms.

The placement of the keys and the required methods to obtain a key tend to leave some first time players frustrated as they are unable to solve the problem the lack of keys create – this may have included me on several occasions as well, but I will never tell. When Nintendo made the jump to 3D, this changed several factors for the placements of keys or the methods in which a player needed to traverse. Even now, these factors will change as new developers take a chance at creating levels and designing puzzles, each having new and inspiring impacts on the industry.

Sometimes the secret is more about the right equipment.

Loyal players of this franchise have learned to expect a few things from the temples over the years: each temple will be themed in some way, every temple will have a boss room that requires the boss key, and you will get a new piece of equipment which allow you to either access to the boss door, or some kind of tactic against the temple’s boss. Some of these items change the game entirely—the hookshot is a great example, as it allows the player to pull themselves to previously unavailable areas, thus changing the environmental play of the game for the player. There are also some items that have special impacts on enemies—hammers typically flipping enemies upside-down. Pieces of equipment should also be looked at as keys for puzzles – a sword solves the monster problem, a bow solves the ranged problems and the hookshot solves the out of reach problems. 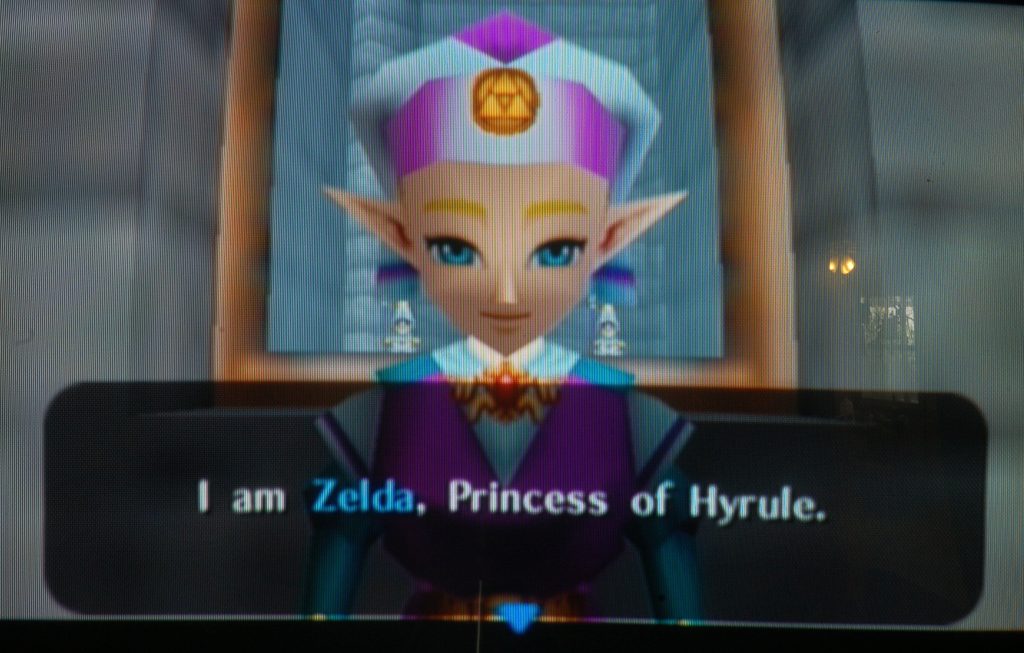 These puzzles are now in 3D!

The most famous Zelda game in the franchise, The Legend of Zelda: Ocarina of Time, is the first to use 3D graphics instead of 2D. This changed everything! Having the world in 3D meant players used a first-person perspective and needed to actively search or do some platforming to get a better vantage point. Having a game in 2D or 3D means that a developer needs to know the differences each provide to potential puzzles. Half the battle is knowing about puzzles, the other is being aware of all the pieces and how they do or don’t work together. Being able to construct a simple block pushing puzzle is easy, but would it fit thematically for a submerged water temple—can it? Does a slippery surface work on any other surface that isn’t ice?

Like all puzzles, we should work on the bordering edges first so we begin to see what the insides of our games might look like. And like always, you can’t build a puzzle without knowing the full picture. Use a reference if you need to. If you take the time and think about how puzzle one’s pieces fit with puzzle three’s pieces, your game creations can be just as rewarding and well received as any “Legend of Zelda” game.