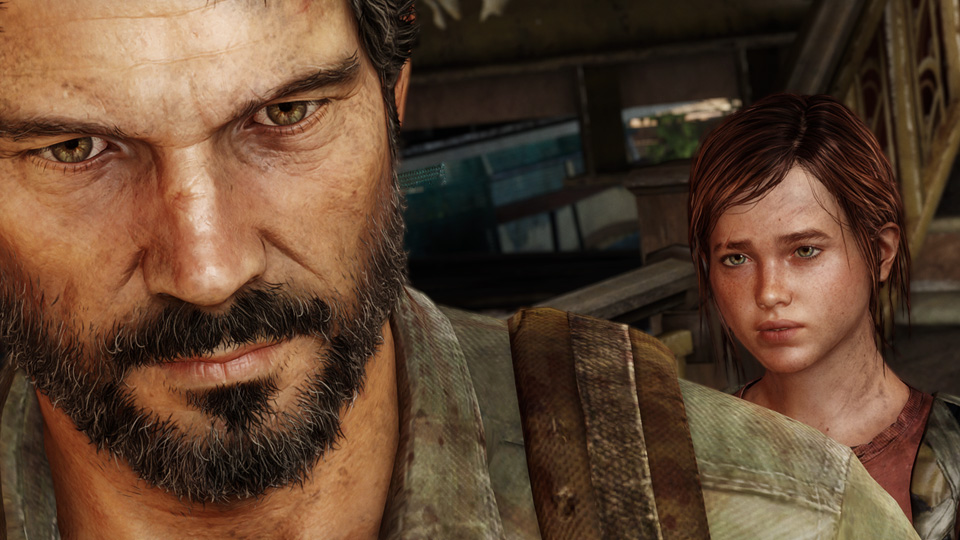 Pattern in gameplay is crucial, but it can also be detrimental to the enjoyment of the game.

The player’s ability to succeed and influence the outcome of their experience is based upon their ability to recognize the rules that hold the gameplay mechanics together. It’s what lets players strategize and improve through trial and error. With that being said, however, a solid gameplay pattern can easily backfire. With enough time and practice, most players will eventually be able to master the pattern, essentially nullifying the core challenges of the game itself. Good pattern design is certainly an essential part of game design, but so, too, is good pattern-breaking. It keeps players on their toes. And interestingly enough, it can also contribute to more compelling storytelling.

Here are three examples from games in which breaking gameplay patterns actually increased the impact of the narrative.

Note: There will be minor to moderate spoilers for each of the following three games (Emily is Away, Spiderman 2, and The Last of Us)

(Breaking a Pattern for Thematic Effect)

Emily is Away is a small indie game that emulates an early 2000’s chat room interface. Throughout the experience, the player communicates with their high school friend Emily over the course of several years. The game, as a whole, revolves around the idea of friends slowly drifting apart. And at the very end of the game, a prominent pattern is broken to bring this point home.

The core mechanic of Emily is Away involves simple dialogue choices. Whenever Emily types something, the player is presented with three dialogue options to choose from. The choices can contribute to the narrative and the progression of the game in a multitude of ways, but the pattern that is broken is quite simple.

At the very end of the game, the player is put in a position in which they must choose if and how they wish to have an open conversation with Emily about the nature of their dwindling friendship and about the personal issues the two of them have been dealing with this whole time. However, no matter what the player chooses, they will see their character typing something meaningful before their character abruptly starts to backspace out of it. The player is then forced to helplessly watch as their own character, instead, types a superficial question like, “How’s the weather?” This pattern continues until the only three choices that are left for them to choose are all the same: “Goodbye.”

The game breaks the gameplay pattern that anchored the whole experience together: the choice of how to engage with Emily. The player has taken for granted the fact that they are in control of the situation. And thus, when the game removes their agency and nudges them towards an ending they neither chose nor wanted, it takes players by surprise. For many players, this ending has an unexpected impact. It provides closure to their relationship but, at the same time, feels hollow and, in some ways, players walk away from the experience feeling slightly cheated. But the truth is that this is exactly what the game is striving for: that level of surprise. And the crucial factor in it is that it is the player’s own character that surprises the player.

The statement the game might be trying to make is that it’s rarely clear who is to blame or how, exactly, we lose relationships. But by breaking the core gameplay pattern, the game takes players to an unexpected level of intimate introspection. Not only does the game prompt important questions about relationships in general, but it seamlessly pushes the player into the spotlight of those questions, reminding them that they share the responsibility. The pattern break drives this narrative home, and makes a thought-provoking thematic statement players can’t help but hear.

(Breaking a Pattern for Comedic Entertainment)

The Spiderman 2 video game is still lauded as one of the best superhero games out there. True, much of this acclaim may stem from bouts of nostalgia, but that doesn’t change the fact that the game was quite a major feat when it first came out in 2004.

For fans of the Spiderman franchise that was booming at the time, the game features the voices of a few actors from the film that the game was based on, including Toby Maguire, the voice of the film’s titular web-slinging hero. Additionally, the game expanded the narrative of the film heavily. Players were able to battle the same villain that Spiderman would in the film, but they were also able to encounter many other Spiderman characters from the comics, including an assortment of additional villains.

One of the most memorable and enjoyable villains to encounter was the laughably dramatic Mysterio, a special effects and tech mastermind with outrageous ambitions and a poor ego. On multiple occasions, Mysterio pits players in extremely ridiculous situations involving obstacle courses, robots, and larger than life projections of himself. During one particular level, Mysterio is able to set up operations in the Statue of Liberty and stage a UFO invasion of New York City. It’s a particularly challenging level, despite its lunacy, and prepped players to begin fearing the final confrontation with Mysterio.

In their final confrontation, Spiderman finds that Mysterio has fallen quite far following all his defeats, and has resorted to robbing a small food mart. However, when he challenges Spiderman to a final confrontation, many players were absolutely horrified to see an elongated health bar that then proceeded to fill up three times over.

The health bar is actually the gameplay pattern we’re looking at in this game. All enemies, including bosses, had health bars in the game, and Mysterio was no exception. In this particular encounter, however, the game breaks its pattern with health bars, twice. The first time is when players witness the generation of his extra health, something they have not seen to such a pronounced degree, before. The second pattern break, however, comes a few moments later. The moment Mysterio is hit, even once, all three layers of his health bar are drained completely, knocking him to the ground and defeating him, permanently, once and for all.

This moment provides a little bit of closure on Mysterio’s minor plot arc in the game’s story. But the unexpected use of his health bar in a unique way serves to emphasize the comedy of the situation. In fact, in some ways, we could look at the over-extended health bar as an instance in which the gameplay mechanic is acting as a visual metaphor for Mysterio’s exaggerated ego. And then, when he goes down in one hit, we laugh at how misplaced his arrogance was. The pattern break is minor and has little influence on the trajectory of the story, but it’s a fitting conclusion to this character and makes for one of the more memorable experiences from the game.

(Breaking a Pattern for Character Development)

It’s well established that The Last of Us features one of the most mature and well told narratives in gaming history. For our final example, there’s a particular moment near the end of this game that features a subtle but powerful pattern break.

A very common mechanic in the game that players quickly get used to is the “boosting” mechanic. The player is usually traveling through the level with at least one partner NPC and the player is able to boost up other characters up to higher ledges—a kind of collaborative travel. At one point in the game, near the end, the player goes to boost up the other NPC . . . only, she doesn’t come.

At this point in the story, both the characters of Ellie and Joel have been through a lot. But recently, Ellie has been through a harrowing ordeal that forced her to make hard choices most people couldn’t even dream of making. At this point in the story, we as players are not sure whether Ellie is truly okay, following the previous plot events. And rather than explore this change in her character via cinematic with several lines of dialogue, the game developers found an extremely innovative, immersive, and economic solution that takes players by surprise.

The beauty of this moment is that it makes the characters feel alive, even when the player is in control. It’s too easy for a game to feel segmented between interactive gameplay and passive cinematic storytelling. The Last of Us is riddled with instances like this, in which the narrative and character emotion bleeds out from the cinematics to invade the gameplay. When these patterns are disrupted by emotional beats, we pay more attention than we would in a normal cinematic because it’s unexpected and because we are already in a place of active participation.

It’s worth noting the game breaks the pattern, again, a few moments later, after Ellie does come over to be boosted up. After grabbing the ladder and getting ready to hand it to Joel, something behind her captures her attention, and she runs off, unexpectedly, dropping the ladder on the floor before the player. First, the game delays the boost, and then, it interrupts it with something unseen. The effect is that the player is now primed with uncertainty over what they’re about to find at the top of the ledge as well as what effect it will have on Ellie, who’s already a little distant.

But what they do find above, and the interaction that follows is, for many players, one of the most beautiful and grounded moments in the entire game. There’s no particular conflict or plot twist. Just a much needed and memorable moment of character development between the two of them. A fitting calm before the intense conclusion of the game. And the pattern break that sets this all up is a perfect compliment to the nature of the story at that particular point.

Ready to Break Some Rules?

A big part of storytelling, in general, is establishing important rules and then breaking them, selectively and intentionally. The same prospect carries over to video games, as well. Players are intelligent. The human brain is exceptionally sophisticated at adapting to new patterns until they become second nature. Breaking patterns in gameplay keeps players engaged. It keeps players feeling as though they are progressing forward. But more than that, it makes players feel as though the game world is unpredictable, as though it has a mind of its own. This is very useful when it comes to making games more challenging, but it’s exceptionally crucial when it comes to telling a believable story.

After all, who knows what pattern will break, next?