Timing Is Everything – Deus Ex Launched & No One Noticed

So, you spend an average of 2+ years working on a game and it’s finally ready to launch. It would be fantastic, if only this other game wasn’t hogging up the spotlight.

Believe it or not, it happens. Consider Overwatch and Battleborn. All people could do was compare them, despite them being two entirely different genres (a class-based twitch shooter and a first person RPG MOBA, respectively). Now, it’s happening again with No Man’s Sky and Deus Ex: ManKind Divided. The latter released on August 23rd with a whimper. Much like the new kid in class, it was talked about by a few people, but overall, everyone went about their business. And their business was getting refunds for No Man’s Sky from places like Steam, Sony, Amazon, etc.. So, this begs the question: What can developers learn from all this mess?

Holding Off is the Right Thing to Do

When launching a game, it’s best to avoid releasing it right when there’s a giant issue going on in the gaming world that has everyone’s attention. While it’s died down a bit, all any player heard about at the time was No Man’s Sky and the drama going on with it. As far as everyone was concerned, no games were being released, and they didn’t care about other games until that current issue was resolved.

The reason for this is simple: players keep the industry alive. If they feel lied to, and believe it is due to false advertising, they will revolt. Stores will listen after a certain number of people all reproach the same thing. That’s a blow to the gaming world, and something that should put developers on high alert. So when Deus Ex launched, it wasn’t exactly the right time.

Obviously there are deadlines, some of which aren’t exactly postponing-friendly. But if you can help it, try holding off until drama has died down. Let players focus on what is important to them, then wow them with your game. It’s fair for all parties involved.

If you know people are looking at another game, make sure your marketing is honest, but eye-catching. One of the many things players dislike is false advertising. Refrain from this. Showcase genuine gameplay and incorporate the elements being showcased into the game. Be brutally honest, so when players purchase it, they get what they thought they were paying for.

But please, feel free to make it stand out. It should, especially if you know player attention is focused elsewhere. Exciting gameplay, intricate storytelling, interesting level design elements, and promotion through several frequently used avenues are all viable options to consider. 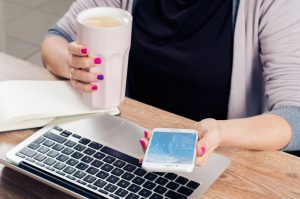 Poke Some Fun, Lighten The Situation

Everyone likes a little humor, right? Sure, you might not want to do this in a relationship, or at work, but this rule applies in the gaming world! When in doubt, crack a joke. When someone (Sean Murray) is having a bad . . . month, poke some fun. There should be some good coming out of every unfortunate situation.

Try a slogan, or marketing campaign that pokes fun at the situation, like, “Tired of feeling like you didn’t get a complete game? Play Deux Ex instead.”

Sure, you worked on it; it’s your baby. Chances are you may think it has what it takes to draw attention away from the chaos, and still get well-noticed. Unless it’s a major franchise, AAA, or overly-hyped game in itself, that’s going to be a no. Realistically, even good games with a fan base get overlooked during chaotic times. Deus Ex has a giant following, and it’s still being overshadowed.

The reason for this is really just timing. No one is going to outright shun your game, it just won’t be the optimal time for its release. And without release hype, your pool of potential players is now waiting for a sale before picking up your game. It won’t matter if it’s a great game. Most players won’t take the time to find that out until they’re less interested in the giant issue being talked about in all gaming news outlets and forums.

Taking years to work on a game, having it turn out fantastic, and then having to hold off because another team did poorly is a terrible situation to be in. But it happens, so the only approach to implement is a little damage control. Holding off the launch, if at all possible, can help. Make sure to up that marketing tactic as well. Poke some fun to lighten things up and get noticed. But most of all, try to not overestimate your game. Even great games get overshadowed when they get released at inopportune times.

It may not be right, but neither is pushing games out on players who feel the need to call a studio out on their false advertising, and overall disappointing game. They need time to make themselves heard, and developers need to listen. Without them, there is no industry.