WoW Legion & Why The Success Is REAL

It’s been a long time coming. It had to happen: the day that Blizzard released something that makes players resubscribe to WoW. It’s a good thing too, since millions of players had left the game this year. Of course, that is somewhat normal for World of Warcraft, due to their two-tier system: releasing a game every couple of years and then leaving players with nothing to do for a long time. Once you tire of the end-game, you move on.

But what about Legion? Rumored to be enough to bring people back to the game—and keep them there—it is a clear reboot of the system. Back to roots, even. A breath of much needed fresh air after the failure that was Warlords of Draenor.

But what makes it so great? And is it enough to save WoW? 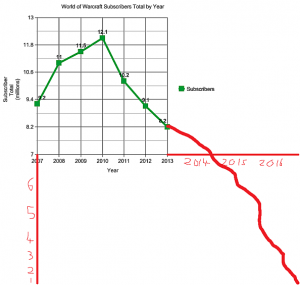 WoW’s Epic Questing is the Best Ever

This should come as no surprise, since Blizzard has been outdoing itself on questlines with every expansion since The Burning Crusade. In fact, despite all the hate toward Warlords of Draenor, players still admitted the storytelling was spot on.

This time, Legion looks to outdo all previous writing, and it does it well. Between the voice-acting and storylines, players are eating it all up. What is so amazing about this is how WoW still finds a way to make things seem fresh again. Looting, slicing and dicing, looting, slicing and dicing, rinse repeat, then rinse and repeat again. It’s all so entertaining, the boredom never quite sets in.

More so, there’s a chance to interact with the world a lot more this time around. Most things have some sort of quest line, so elements scattered throughout have a purpose other than simple decoration.

It’s no secret: Blizzard has undergone major complaints from WoW players for a long, long time. More recently, there was a complaint about the pricing of vendor items, and game director Ion Hazzikostas actually replied, which is about as common as a unicorn running down an open road:

“[…] there are multiple viewpoints on nearly any topic, as you can see in this thread. If I’d instead posted that we were going to reconsider and massively reduce the prices of the cosmetic items on this vendor, there would be other people feeling like their feedback was ignored. It’s exceptionally rare that everyone wants the same thing […]

And even then, there is a large silent majority that does not post on forums. If there were actual unanimity regarding a certain issue, we would change our design.”

On one hand, most developers can agree with this, that there is definitely an imbalance of opinion on game design from the player standpoint. Some want one thing, others want something else. In the end, you can’t please everyone. That being said, when there’s common knowledge about your studio failing to listen to the consumer base, there’s room for some judgement there. The WoW sub count says it all: the system isn’t working.

But turning our attention to the main topic here, Legion is straightening some of these complaints out. MMOs have to occupy players for months, even years at a time. There needs to be a reason to keep playing. Once there isn’t, players move on. Repetition and grinding are always expected, but World Quests were created as a way to reward players with cosmetic items, as well as those needed for progression.

They work by giving player timed objectives, resettable after hours or days. Each uses X number of players, and provides something better than the boring grinding methods used since the dawn of MMOs.

It’s also expected that each major patch will bring in something new, like upgrades. The Blizzard team has committed to providing regular updates, but the jury’s out on that one!

Uh, There’s TONS To Do

Excuse the eloquent language, but that was the reaction most WoW players had when they started playing this expansion. Consider this overview:

There’s much, much more, but we figured we didn’t want to be held accountable for any heart attacks, seizures and the like.

WoW players are quick to scrutinize, but it comes with the territory. If you make an MMO made to sustain players for a long time, the content better be there. For the longest time, Blizzard was failing to deliver updates and patches on time, if at all. Vendor prices were erroneous, and inventory was an issue. These days, however, Legion seems to be the redeemer, with Blizzard holding the quintessential boombox over their heads blaring Storm, Earth, and Fire and shouting, “Come back, we love you!” And so far, it’s working.

Whether it remains that will is yet to be determined, as it just launched last month. Cast your votes in now!