The 9 Types of Player Choices (with Examples) 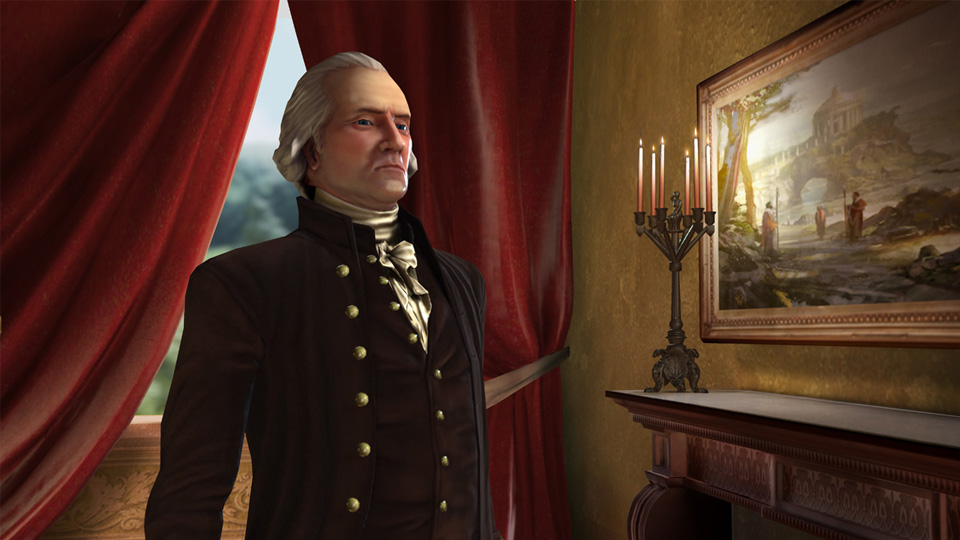 “Games are a series of interesting decisions.”

That’s what Sid Meier said to an audience at GDC, 2012. In fact, it’s a philosophy of game design he’s expressed repeatedly in some form or another. Essentially, the sentiment comes down to the idea that the meaningful choices are what define the gaming experience. This begs the question, what kinds of meaningful choices can we, as developers, incorporate into the games we create?

It’s regularly believed by the industry that there are nine types of player choices a developer can utilize within their games. Nine, give or take a few, depending on who you talk to.

Let’s examine the basics of each of these choices, as well as an example for each of them.

A Hollow Choice is a player choice that has almost no consequence on the rest of the player experience. Usually based on pure preference or random selection.

The best example of this kind of choice might be in a game like Forza Motorsport 6, where players can customize their own cars.

In general, a lot of the customization choices players make can have an influence on how the car drives, but there’s also many customization options that are purely aesthetic, such as color or decals.

An Obvious Choice is one in which there is technically no real decision being made. A lot of times, these might be implemented via the game’s level design.

We can see a lot of obvious choices presented to us in the game Arkham Asylum. On numerous occasions, we find ourselves in an environment that presents two different paths, but one of them is blocked by debris or an electric gate. The environment presents us with two paths, but the game has made the choice for us.

The Uninformed Choice may have an influence on the gaming experience, but the player has little to no information available to them to make an informed decision. Their choice may matter in the future, but in the moment, they’ll make it based on random selection or personal preference.

A really well known example of this can be found in the Pokemon franchise. One of the most common and beloved elements of every Pokemon game is in the beginning, when the player is given the choice between their three starters.

Of course, many players may do research or have knowledge from previous games on what consequences their choice will have in the future. Picking the water-type Squirtle as your starter in FireRed or LeafGreen, for example, will make the first gym battle much easier than if you pick Charmander, the fire-type.

But technically speaking, that information isn’t given to the player within the game experience, itself, so the choice is, ultimately, uninformed.

The Informed Choice will have influence on the gaming experience. However, the player has also been given the opportunity to learn a bit more about how the choices differ and how it might affect the trajectory of their game.

Sid Meier’s Civilization franchise provides a plethora of Informed Choices, one of which can be seen right at the beginning of the game. In Civilization V, for example, players are given the choice between dozens of starting civilizations, all of which have certain perks and bonuses unique to that civilization.

Players may not all be familiar with what each perk may mean, but enough information is given to empower the player in their decision-making. They are able to determine, at least to an extent, how their choice may have an impact on the game’s system and their own future experience.

(Major Spoilers for “Mass Effect 1” ahead…)

Unlike the Informed Choice, which empowers the player to make a decision based on information, the Dramatic Choice empowers players to make their decision based on emotion. It’s easily one of the most narrative-based choices a player can be given in a video game.

A very famous example of a Dramatic Choice can be seen in the first Mass Effect game. Bioware, in general, is famous for their video games which are often heavily based in player choice and storytelling.

In the second half of Mass Effect, the player must choose between two of their first party members, and which one of them will have to die. The consequences of the choice do not have a major influence on the trajectory of the games, other than changes in dialogue, romance plot-lines, and a few side quests. One of them is going to die, and the characters are going to reel from it, regardless of who the player chooses. The strongest variable in the decision making process is the player’s emotions. Who do they want to save?

A Weighted Choice provides the player with a decision that will have consequences, either way. The choice will certainly dictate how the game progresses, but it’s also riddled with its own set of distinct pros and cons. The player must choose which sacrifice is more worth it, in their opinion.

Weighted choices come in a lot of different variations. They may be one of the most common choices a player is faced with, with the scale of the sacrifice varying, heavily. Several excellent examples of heavily weighted choices come from another Bioware title, Dragon Age: Origins, in which character choices are far less black and white between good and evil.

One such choice, for example, sees the player in a difficult position near the end of the game. The player is able to decide whether the game’s principal antagonist, Loghain, is killed for his crimes, or not. Sparing his life is seen as a favorable act of mercy by a few of the character’s party members, and will enable those trying to roleplay a chivalrous character to act upon their desired choice. However, failing to kill him will result in one of the player’s first party-members, Alistair, to leave the party, entirely, out of anger. The character’s relationship with the members of his/her party is a huge part of the Dragon Age games, making choices like this one heavily riddled with compromises and sacrifices on either side of the ticket.

As the name might suggest, an Immediate Choice provides players with instant feedback of their actions. Feedback of a game is directly tied to the satisfaction a player feels in participating, so the benefits of providing such feedback instantaneously are clear.

Once more, we can turn to Bioware. In Mass Effect 2 and Mass Effect 3, a new mechanism is implemented during which the player can interrupt an exchange of dialogue with an action that is either paragon (good) or renegade (bad). Immediately, upon deciding to act upon the interruption, the dialogue sequence is instantly halted as the character performs the corresponding action, as you can see in the following example from ME 2.

Look out for the flashing red icon down in the bottom left that prompts the player to make their choice.

One thing of interest to note about this specific system is how the decision to not activate the immediate choice is still a present and compelling option that the player can use. Those few seconds of tense hesitation while the player tries to reconcile doing nothing can be some of the most engaging moments in the experience.

(Major Spoilers for “Bioshock” ahead…)

The Long-term choice is any decision the player makes that is not immediately felt. There is some form of delay in the feedback of this choice.

For an example of a long-term choice, or rather, a series of long-term choices, we can turn to the widely acclaimed ending of the first Bioshock game. Throughout the main game, the player has the option, through their actions, to kill or save several of the Little Sisters that they encounter. The player does not experience any specific feedback upon first killing or saving them. Instead, the consequences of their actions are only shown at the end.

Depending on whether or not the player killed any of them, the game can end in one of three ways. Saving all the Little Sisters produces a surprisingly beautiful and sweet ending, whereas killing them produces a dark and violent ending. If the player killed only some of the Little Sisters they encountered (as opposed to all of them), they will still receive the same dark ending, with a slightly different tone of narration. 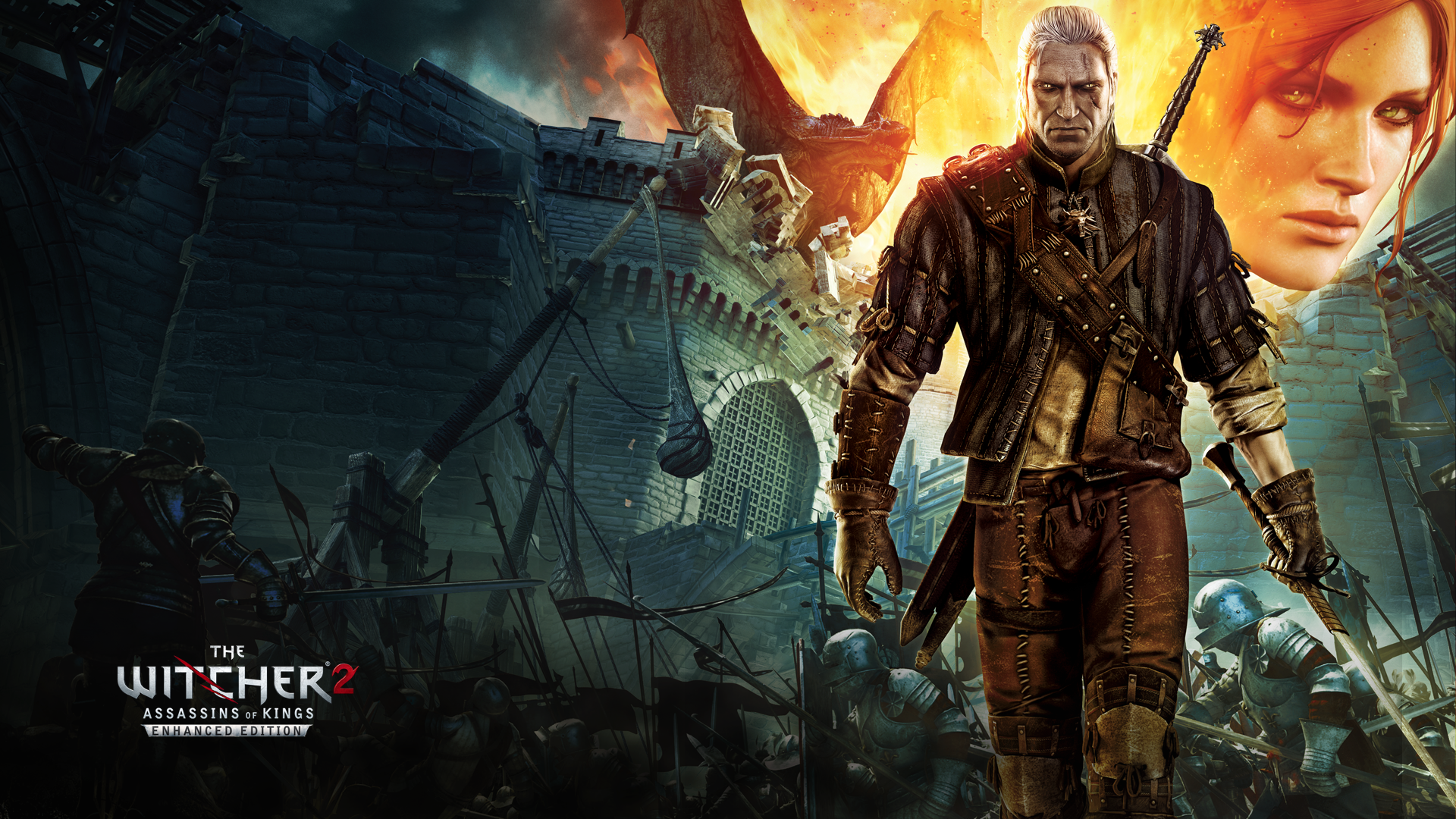 An Orthogonal Choice is a decision the player makes that drastically changes the trajectory of the gameplay experience. Many choices in video games can seem like major decisions to make, but very few actually take the game into completely different directions.

The Witcher series is heavily praised for its implementation of choice and how significant the player’s actions can feel in relation to the game experience. The Witcher 2: Assassins of Kings, for example, features a monumental orthogonal choice.

The majority of the game is broken up into three main chapters. At the end of Chapter 1, the player must choose between helping two different individuals, Lorveth and Roche. Deciding to help one over the other will not only send ripples through the story, but will actually lead the player into one of two very distinct areas and story-lines for the duration of Chapter 2. Based on the player’s choice, the game experience throughout chapter 2 will be drastically different from each other, complete with new locations, quests, NPCs, and story beats.

Needless to say, it’s absolutely possible for a player choice to fit more than one of these categories. But identifying and defining the strengths of each of these nine choices in relation to one another serves a very important purposes.

As game developers, we can examine what makes a certain type of choice so effective or bland, and identify what we may be missing in our own games.

Always remember to design the experience in a way that empowers your player with a sense of agency in the world they are influencing. It’s that sense of control that we feel in our games that make this medium so powerful as a tool for entertainment, immersion, and storytelling.

At the end of the day, whether you agree or disagree with Sid Meier’s assertion that games are ultimately a series of meaningful choices, we can all agree that interaction and player feedback are of the utmost importance. And these nine types of choices will help ensure that the experience is always centered around a game’s most important element–the player.