The world of fiction writing is diverse—stories, today, are being told in a plethora of mediums, including video games. That being said, no matter what platform audiences will be experiencing your story through, there remains one universal obstacle every writer must confront: dialogue.

When it comes to video games, compelling dialogue is especially important to get right. Games can sometimes feature stories that are far longer than movies or even books, not to mention some players may be actively involved in how conversations evolve. It becomes more important than ever for the experience to stay interesting and immersive and writing dialogue can be a minefield of risks that threaten to break that immersion.

Storytelling as a whole is pure creativity, so it would be wrong to say that there is some kind of specific formula that everyone needs to follow to be successful. But when it comes to the pain of writing dialogue, any sort of useful advice or observations shouldn’t go unnoticed.

The Secret to Dialogue

It actually turns out to be pretty simple. In general, the secret to good dialogue is actually no dialogue wherever possible.  Why?

Biology. The human brain evolved around our developing social instincts–we are subconsciously primed to pick up on far more information than just the words we might hear someone say to us. It’s believed human communication is anywhere between 60% and 90% nonverbal every day. From subtle facial twitches, through body language, to environmental context, there is a much larger pool of data that we are perceiving at any given time.

To put it even simpler, when someone is talking, you aren’t just hearing the words they say—you’re also hearing what they don’t say.

That’s especially true, even of fictional characters. In an artificial world, we as an audience are free of our own physical involvement within the conversation. If a fictional character gets hurt, we may feel upset, but our lives are not physically affected by it. That subtle level of safe detachment allows us to focus in, even more, on what characters are saying to each other. And it’s what makes bad dialogue that much more detrimental to the entire experience.

In this first of two parts, we’ll discuss the storytelling advantages that come with avoiding dialogue in video games, completely.

Do you absolutely need dialogue in your game? Do you, really? To be fair, the answer might very well be yes, but it’s worth your time to consider why so many video games without dialogue may be receiving so much praise for their narratives.

To clarify, when we’re talking about “dialogue,” we mean any perceived uttering of words. That could be audibly, with voice actors, or visually, with text.

Video games already feature a significant advantage over other storytelling mediums, especially when it comes to empathy. The fact that the player is controlling what happens to that character forges the kind of emotional bond and attachment that you just can’t quite achieve with a movie or a TV show. A part of them is in the story, because a part of them is actively driving the story forward. Therefore, when you put players in control of a character who doesn’t speak, the immersion is even more powerful. We don’t hear the sound of someone else’s voice, with its own unique pitch and accent. The silence allows the voice in our head to fill in the part, uninterrupted. It’s no longer just a piece of us that is in the story. That is us.

One of the strongest examples of this was experienced by many players with the game Journey. The 2012 Indie hit by Thatgamecompany was praised and awarded for multiple facets of its development. One of the strongest aspects of the experience is the game’s ability to silently create an incredible connection between the player and this quiet robed desert wanderer. It’s worth mentioning, as well, that the anonymous design of the mysterious character contributed to this connection as well. Without a voice or discernible appearance, we see and hear ourselves in this character. We are this character, and this is our personal journey.

In almost all cases, developers are pursuing some level of unity in the tone and feel of their setting and of their narrative. When dialogue is absent from a game, our minds compensate for the lack of vocal information. We listen and watch for cues in the environment more than we might, otherwise. Simply put, the lack of dialogue in a game makes us pay more attention. And when we’re paying more attention, we are more immersed in the experience and in the story.

A recent example of this can be seen with the 3D side-scrolling indie game Inside, by developer Playdead. Inside is currently receiving critical acclaim for its successful evolution of the studio’s first game Limbo, and atmosphere is a common focal point of everyone’s praise. The game features a heavily stylized world that is almost monochromatic, if not a little gloomy. In this world, no one speaks. In fact, there are almost no words at all throughout the game that makeup conversation nor goals for the player. And in a plot as strange as the one of Inside, this lack of words draws us in more to determine what on earth is going on. And in the process, we are that much more immersed so that the game can then deliver on all its terrific qualities with extra impact. 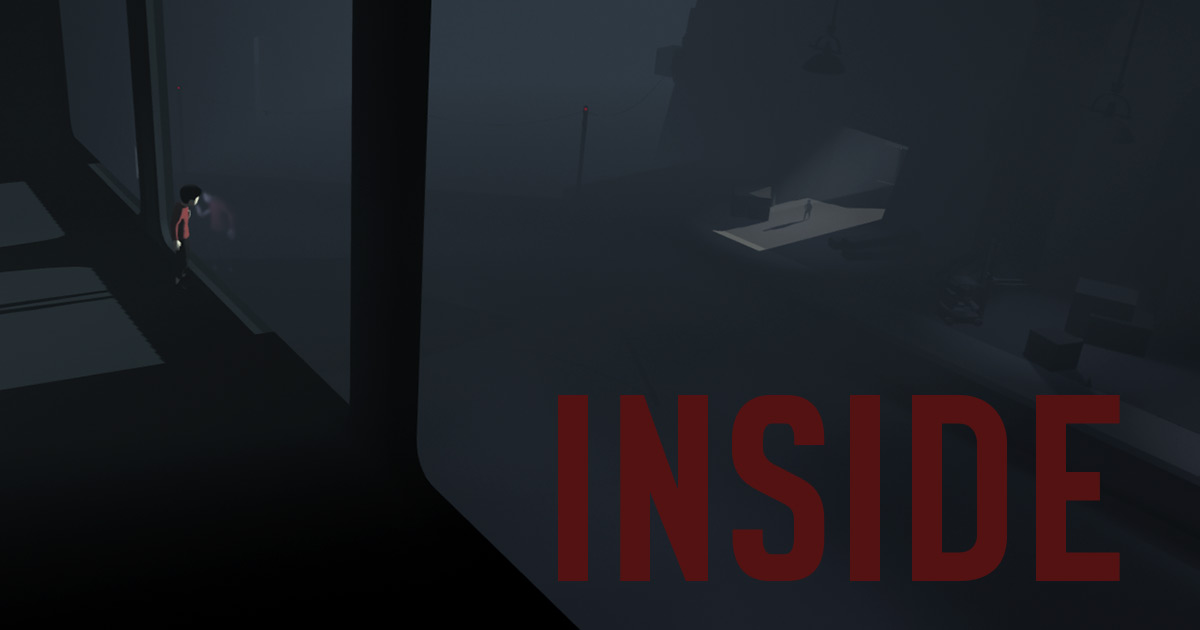 These games, and many others, have achieved powerfully emotional experiences without barely uttering a single word. That being said, there’s nothing wrong with a game that does have dialogue. In fact, most of them will and should. In Part Two, we will explore how we can achieve the same benefits of an absence of dialogue by actually using dialogue. Stay tuned!