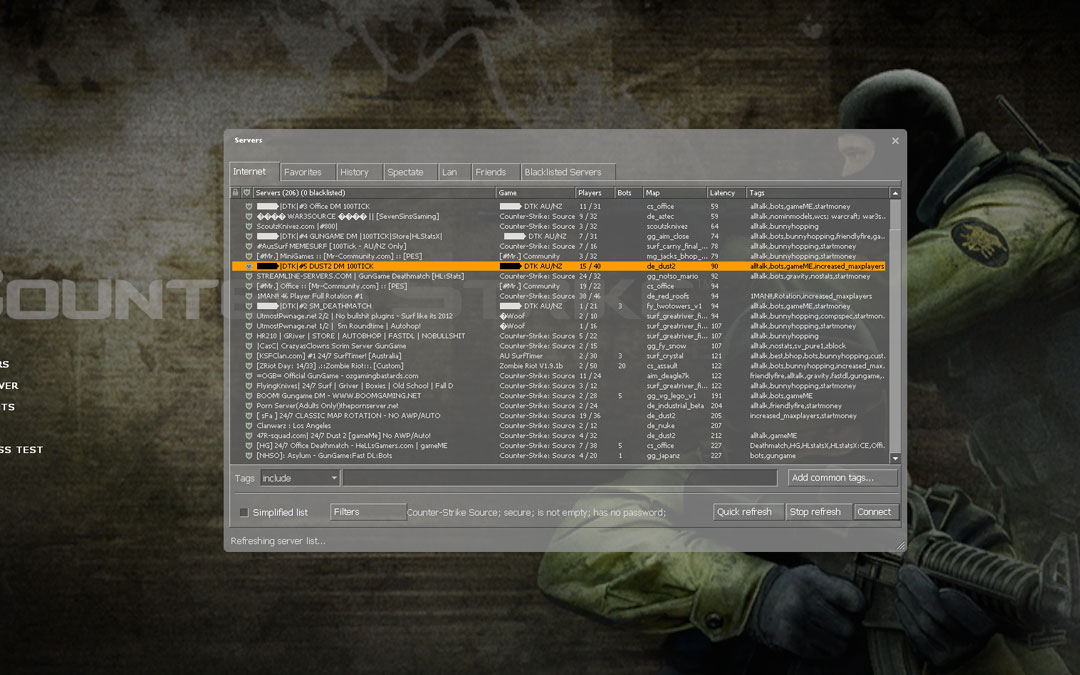 Every game developer’s dream is to create a game that is able to survive the test of time. Having a game that becomes a viral success is great, providing revenue and recognition to the developer, but they also want to have a game that lasts past its expected lifespan. Only a few have managed to claim this title, classics like ‘Ocarina of Time’ and ‘Super Smash Bros. Melee’. However, only one game from the overly-saturated genre of multiplayer-based FPS has achieved this: ‘Counter-Strike: Source’.

Released as a complete remake of ‘Counter-Strike 1.6’ in the Source Engine, on 1 November 2004, ‘Counter-Strike: Source’ still has thousands of users playing every month 12 years later, even after the release of its highly popular sequel ‘Counter-Strike: Global Offensive’.

“How is that possible?” you may ask. It all comes down to three main points.

A screenshot of the War Source Mod in ‘Counter-Strike: Source’

Valve has continued to show that they care about keeping the SDK mod authors around by continuing to release updates regularly – on a three-to-four month basis – to their servers and their in-house anti-hacking system: Valve Anti-Cheat (VAC). The most recent update was brought out on 12 May 2016.

A screenshot of the Surfing Mod in ‘Counter-Strike: Source’

Valve’s openness to supporting mod authors in ‘Counter-Strike: Source’ has cultivated a very active community. Even to this day, there are still modders who create unique and original maps for a seemingly countless number of mods and community-original game modes.

The community aspect also comes from the continued existence of clans. Clans allow existing and new players to feel like they are a part of a group. There are even different clans for certain mods that are available on ‘Counter-Strike: Source’, providing integration for casual and competitive players alike.

A screenshot of the Gun Game mod in ‘Counter-Strike: Source’

In a similar way to what Infinity Ward and Treyarch does for their ‘Call of Duty’ franchise, Valve knows the ins and outs of the Source engine like it’s the back of their collective hand. This knowledge allows the developer to continue to adapt, optimize and polish ‘Counter-Strike: Source’ to the point where some of the most outdated computers still manage to run the game relatively smoothly. They ensure that the gameplay continues to be smooth and tight through updates designed to get rid of some destructive exploits in the game.

To put into perspective how optimized the game is, I was able to play it to some extent two years ago on a computer that was originally designed to be a mid-to-low range office computer (to the specification standards of a decade ago) where the only upgrade I had to the system were two extra gigabytes of RAM – bringing the total to 4 gigabytes of RAM – and the NVIDIA GeForce GTX 550 Ti graphics card.

When reflecting on what has made ‘Counter-Strike: Source’ such a mainstay title for gamers, it becomes obvious that everything that Valve has done for the game has been geared to one thing: Keeping the community happy.