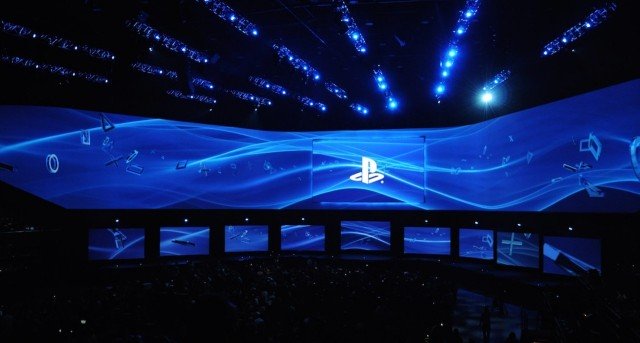 E3 has been good to developers and gamers this year, hasn’t it? We saw new technology, new games, cross-play, tournaments, and a woman who just could not contain her love of Elder Scrolls. But not everything was particularly amazing. There were many instances where E3 had us spacing out, but it always managed to get our attention again, usually with something awesome, or discussion/debate worthy. Let’s dive in:

Overall, EA had quite a bit to show players, but nothing really seemed to make a random woman in the audience scream happily. It was decent at best – something we hope EA developers were prepared for. They’ve made some decisions that have had major repercussions before, and their stigma is still lingering.

EA Play to Give, where players complete challenges, and help teammates, so at the end, EA will donate $1 million to charity, was meant to be a reparation. Clearly, it’s meant to clean up their public image, but…did it work? No enthusiasm from the crowd usually means that’s a negative.

We felt like the woman in the audience, especially when Dishonored 2, and the Skyrim remaster were announced. Both these games are beloved and anticipated. Not only did Bethesda deliver, they really rose to the occasion by surpassing expectations. Our bone to pick is the price point for Skyrim, because it’s a remaster, not a new game, making $600 too expensive.

Compared to years before, Microsoft seems to finally understand what E3 is about: games and gameplay. Rather than focusing on sports and TV, they focused entirely on games – a lot of them. Our biggest issue, however, was using Xbox One S as a stepping stone to Project Scorpio. No one knows how this will work, and whether or not Project Scorpio games will be playable on Xbox One, and Xbox One S, but Microsoft keeps saying “no one left behind.”

Ubisoft needed to spend less time on their strange, and rather perplexing opening performance, and sad hype men, and more time making games to showcase. Out of everything they showed, which wasn’t a lot, Star Trek: Bridge Crew and the Assassin’s Creed movie, are the only things that really got our attention. And the movie, we’ve known about for months. For Honor was also worth noting, but it wasn’t a highlight, as we saw this game at last year’s E3.

Sony had, by far, the best presentation at E3 2016 due to one obvious reason, and one that should be obvious, but isn’t: Kojima, and gameplay. Rather than focus on dancing, talking, or focusing on one game for too long, they focused on gameplay videos, and the live music to enhance it all. They waited to bring out Kojima for the end of the show, and they showed all of the games that players have been waiting, and asking for.

Overall, nothing really sparked enthusiasm on the Nintendo front. It’s safe to say most players were sitting there, with the live feed as background, while they did something else.

So, Sony definitely had the best presentation of E3, not only because of the great games, but because of their approach: minimal talking, minimal number of presenters, and a whole lot of gameplay. Notice the difference between that, and Ubisoft, where they did more talking than anything, because there wasn’t much to show. Or how about EA with more to show, but nothing particularly jaw-dropping. Their approach was to talk more, to try and hype the content up, but it wasn’t helping.

What can you learn from this? That gamers want the obvious: games and gameplay. That’s what E3 is all about, and that’s what has been so hard to get from developers, it seems like. Too many waste time talking, or trying to hype up ideas that aren’t going to blow up. This means that to make it big in the business, you need to provide the product that people want. It’s business 101: make a product that people will want. Sony knew how to do this, and the formula was all there for the taking: good stories with replay value, magical, immersive worlds, and Kojima. Notice, they didn’t need the cross-play, or the new console announcement, to make it the best, most hyped presentation of E3. It just was.

Quality speaks for itself. Put out the good games, promote them, and people will notice.