Convention Travel: The 8 Money-Saving Tips You Need to Know 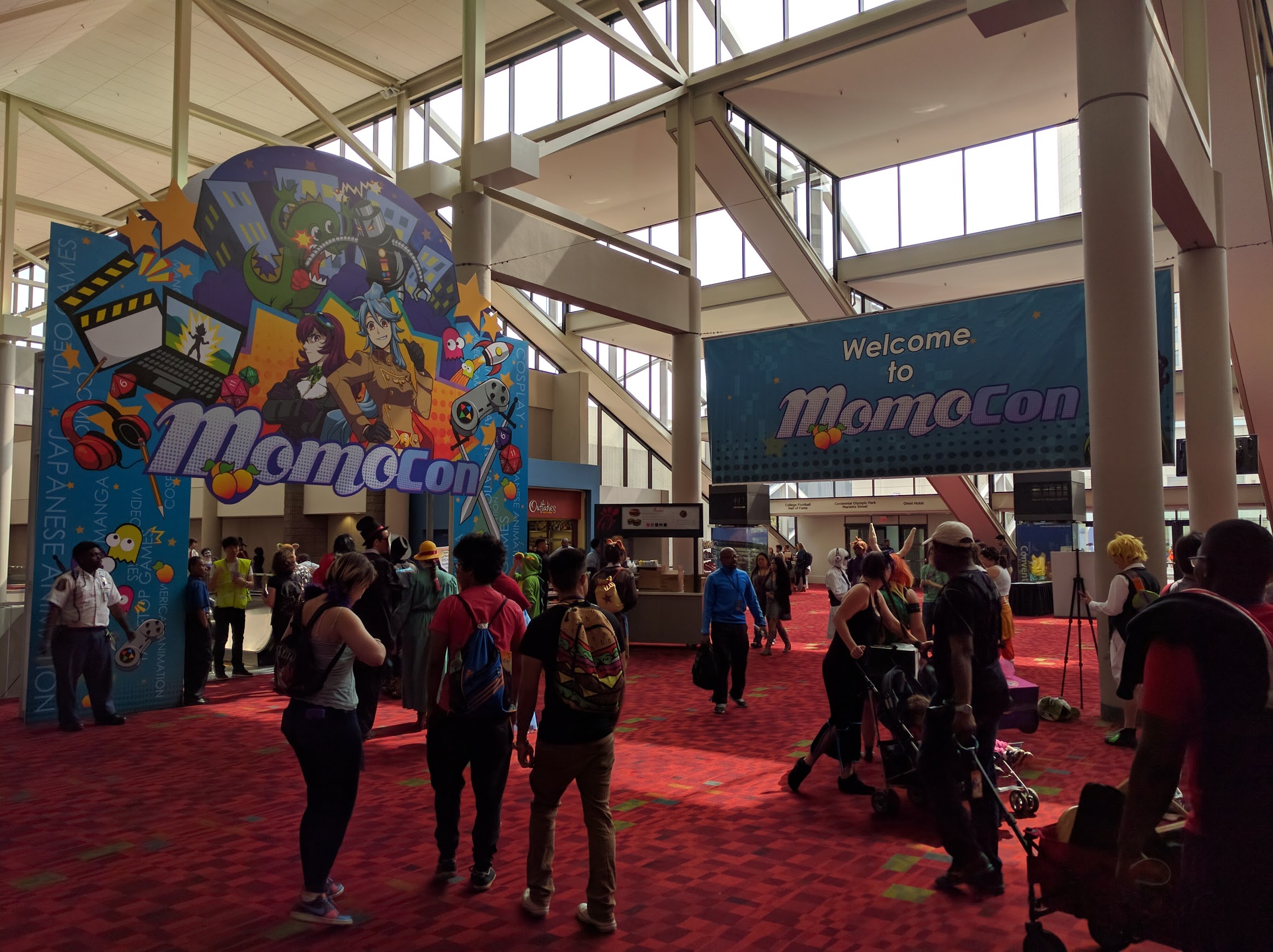 GDC. E3. PAX. IndieCade. GaymerX. Indie Arcade. Comic Con. Whippering Cup. Playcrafting Expo. MomoCon. I could go on and on listing all the indie game-related conventions that run around the world, but we’d be here forever.

Conventions are a great way for gamers and developers alike to connect with fellow indie game lovers, creators and influencers. Major cities like San Francisco and New York are home to a variety of festivals, meetups and other events that highlight the local indie game scene. Attendees come from around the world to share ideas and meet other awesome people. There are panels, workshops, demos, networking opportunities and more. Sounds perfect, right? There’s just one problem.

Travel for conventions can be expensive. When you’re an indie on a tight budget, every dollar counts and sometimes attending a major festival can run you dry. Here are 8 tips you should follow and look into if you’re looking to economize your travel plans.

The bane of the traveler is the last minute plan. Everything from airfare to hotel rooms to convention passes rise dramatically in price the closer you get to an event. As soon as I confirm that I’ll be attending an event, I book the tickets. Sometimes I book three to six months ahead of time.

Have a schedule and decide what you want to attend and when. If you live near a major city this is less of an issue; Bay Area dwellers can easily hop on the train and head into San Francisco for a last-minute event, but a solo developer in Louisville, Kentucky is going to have to shell out a lot of cash for a flight and should book as early as they can to snag some sweet deals to get them to a major convention.

When booking hotel rooms, apartments, hostels or any kind of accommodation, it’s always cheaper to split the cost with several people. As long as you’re comfortable doing so, sometimes it can be a good idea to get a room with two beds instead of one (they are usually only marginally more expensive, I’m talking $5-20 tops for most hotels) and split the cost 50/50.

You can reach out to friends and connections via email, Twitter, Facebook or even Reddit to coordinate finding hotel buddies for convention travel. The more people you can squeeze in a room, the cheaper it gets for you. Also remember—if your primary purpose for the stay is the event, you won’t be spending that much time in the room anyway. Get something safe and comfortable, but nothing lavish. Split the cost and you’re saving big!

TRY AN APARTMENT INSTEAD

Hotels are great, and if you’re a loyalty member at a large chain you can often score fantastic deals on rooms. Most of the time in major cities, however, the good hotels are expensive and the cheap hotels set you up nicely for a mugging, robbery or attempted drug drop. No, I’m serious—my business partner once stayed at the Pontiac Hotel in San Francisco and during his stay he:

That taught us a lesson: economize, but know the limits!

If you’re looking for cheap accommodation, sometimes renting an apartment or staying with a host can be a great option. AirBNB is a great choice and you can find some great deals for a couple of nights. Plus, you can often get more flexibility regarding check-in and check-out time, and most hosts are kind, generous people! It’s also great to have your own space, and if you want to cook meals to save food money you’ll often have a kitchen setup. Of course if you can afford it and enjoy the luxury, a nice chain hotel is a great option. Personally I love Hilton hotels, and any Starwood Preferred Guest hotel is usually excellent; however, if I’m in a major city I’ll stick to smaller, sometimes independent hotels to save money.

KNOW WHERE TO LOOK

There are so many search engines for hotels and flights out there that it’s hard to keep up. Some negotiate directly with hotels, some aggregate other engines’ results, and some have special offers of their own. Sometimes information and photos online are outdated, and some websites like TripAdvisor have AWESOME resources to see what other travelers said and posted about a hotel (ALWAYS read guest reviews and see their photos before booking!) Also, browse Groupon and see if any hotels around your destination are offering super cheap rates through there. Make sure you do your due diligence and shop around to make sure you’re seeing all your options. My personal favorite site is Hipmunk. It was created by an ex-Reddit team member and has a super slick interface. It searches all airlines directly and also aggregates data from other engines like Expedia and Priceline. Check it out! But, if you do use any search engine to find a flight…

MAKE SURE YOU PRICE MATCH

Sometimes search engines, especially discount ones like Priceline, will give you a special offer with a specific hotel that’s lower than what the hotel is directly displaying. The majority of hotels out there, especially major chain hotels, will price match any online deal you find. Just call the hotel’s reservation line and mention you would like a room for your dates. Then, when they mention the price, if you have a lower rate elsewhere, mention it. As long as the booking specialist can find the rate themselves online through your search engine, you should be able to get the same rate but directly through the hotel.

Booking directly through the hotel has a ton of advantages, including the ability to gain reward points, get upgrades, cancel or change your booking for free or cheap, and more. Plus, some hotels offer a deal where if you can find a cheaper rate on a room and ask to price match, they’ll match the rate and take off an additional 10-15% for your trouble. I’m not too sure if airlines do price matching, as they usually have the lowest rate, but for hotels it can be a really handy option and has worked wonders for me in the past.

JOIN ALL THE REWARD PROGRAMS

The vast majority of hotels and airlines have their own frequent flier or network reward program. For example, United has the MileagePlus program which awards you with reward and status miles for your ticket purchases, and they’re part of the Star Alliance network which encompasses a LOT of different airlines. If you travel on any Star Alliance partner airline you can often put some of the reward towards your MileagePlus balance, and you can use your MileagePlus miles to get cheap or free reward travel and upgrades on several airlines around the globe. The basic loyalty programs at airlines and hotels are free to join.

My personal favorite hotel reward program is the Starwood Preferred Guest program. You get better rooms just by signing up, it’s 100% free, you can get special rates if you book through the SPG website, and the Starwood network encompasses a TON of hotels including the Sheraton and the Aloft chains. Hilton HHonors and Hyatt Gold Passport are other options.

If you’re planning on traveling regularly, getting a credit card with a hotel chain or airline (or both!) can be beneficial too. I have United credit cards and for all of my regular everyday purchases I gain reward miles. Plus, I get free checked bags and priority boarding. It’s a great deal, and sometimes the welcome offers (like on the MileagePlus Explorer card, which gives you 30,000 miles if you spend $1,000 in the first 3 months of membership) can fund your next convention! If you’re with a business, you can also look into their options for company cards and help your entire team travel economically while earning rewards, saving money in the long run.

Different cities have different standards of living and cost of accommodation, food and transport. Some cities have expansive subway systems (New York City) and you can save money on travel by either walking or taking a subway. Some cities require you to drive everywhere (Atlanta)—look into prices for car services like Lyft or Uber as compared to taxis, and consider renting a car if it is economical to do so (don’t forget to budget in parking!)

Some cities have very dangerous areas where you don’t want to stay, and sometimes you can find cheap areas to stay within certain areas. For example, someone attending a convention in the San Francisco Bay Area could research hotel prices in the nearby cities and find that you can stay in Oakland or near the SFO airport for much cheaper than in SF proper, and take the BART (Bay Area Rapid Transit—basically the subway) to save money to get in and out of the city.

Another cool thing about researching ahead of time is you can find cheap restaurants or fantastic local places to eat (definitely try out new eating options while traveling—some of the best meals I’ve ever had have been small hole-in-the-wall joints in a city!) Make sure you consult with locals, travel guides and online resources for wherever you are traveling, and be prepared on every front to avoid surprises and budget accurately.

Airlines and hotels make a big hoo-hah about certain policies, especially things like being able to check in or out at a certain time and being able to change reservations for a cost. Sometimes if you just ask the right person politely and patiently, you can get what you want. I was in San Francisco for a Playcrafting Expo a few weeks back and my flight to New Jersey was booked for 11:54PM. I tried to change it once I realized I’d lose a useful day, but United was trying to charge me $75+ to change it. Sigh. Whatever. I woke up at around 9 and dreaded the day ahead, filled with nothing to do, nowhere to go, and far too many hours to waste.

I called United’s MileagePlus hotline on a whim and asked if there was anything they could do to get me out earlier (without me having to shell out more money.) Within not even 5 minutes of me calling, I was booked on a noon flight and rushing to get packed up and leave. They changed my flight for free, and all I had to do was call and ask!

I’ve been able to get complimentary late check-out at hotels, flight changes, and sometimes even upgrade opportunities just by asking and sharing my situation. It definitely helps if you’re a loyalty program member (I have a United credit card and an active MileagePlus account, which may have helped) but often you can get by just by asking nicely. This applies to things like general discounts, different availabilities, special promotions, hotel shuttles and various other costs that come up while traveling.

Well, there you have my 8 tips (that I use every time I travel!) to help your next convention budget drop dramatically (hopefully!) Some other miscellaneous pointers:

If you have any questions about how to optimize your upcoming travel, or want to chat about my travel experiences, don’t hesitate to email me at [email protected] and we’ll get chatting! Hope my article was helpful. Safe journey!