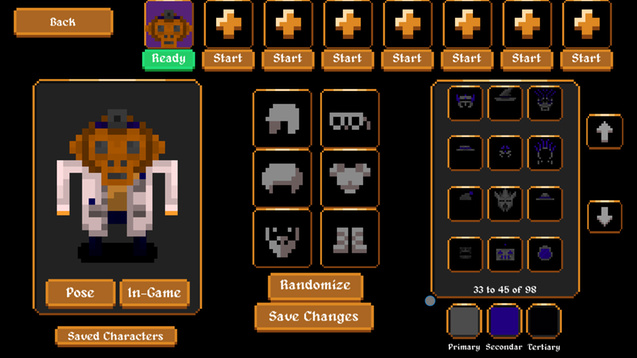 Hive Mind Studios, creators of the recently Greenlit Trap House, reached out to Black Shell Media a while back for marketing assistance. As a game design consultant, I got to take a first hand look at their game and decided to ask them some questions to share with the readers of the BSM blog.

Read on to learn more about our time working with Hive Mind Studios and the inspiration that went into the creation of the game!

Every studio has a story. Sometimes those stories might be as simple as, “this is a game we wanted to make.” However, even in these cases, there are usually reasons as to why you wanted to make such a game. Can you tell us about how Hive Mind Studios was formed and why you guys decided on Trap House?

Hive Mind was formed when several of us met and bonded during our time at Full Sail’s Masters in Game Design program. While we were there, we enjoyed taking part in game jams. During one of these game jams, Rodrigo pitched the original concept for Trap House. We made a fairly decent prototype that we all instantly fell in love with. We were laughing and having real fun playing this simple prototype, so we thought we had something real. This was solidified for us when one of the professor’s took a special interest in the game. Basically, we were sitting at one of our apartments and said, ’Should we go for this?’ and here we are, creating the game we wanted to make.

Out of all of the different set-ups that could have been used to explain the obstacle courses in this game, could you explain how and why you guys decided on “haunted house”? How much do you say has this decision has affected the way you guys approach designing the various gauntlets?

The name Trap House was used as a working title originally, but it stuck. It’s simple and explains exactly what you’re getting yourself into, plus it’s a fun play on words that deviates from the cultural meaning of trap house. It just made sense to us that if you come across a house with this much messed up, murderous stuff in it, it’s either haunted or someone really sadistic is living there. We went haunted. Using the haunted theme allowed us to hone in on what traps, monsters, and environment to use. From werewolves to dart launchers and trap doors, the levels fell into place quite easily.

I noticed that Trap House has a smorgasbord of creative and murderous game modes. Which modes are the team’s favorites? Are there any fun stories as to how you guys thought up some of these wacky gameplay types?

We really enjoy Murderball, Escape, and Gauntlet, all for our own reasons. Murderball is a very exciting and team-based version of death soccer. It causes the most conversation and cooperation, so we get pretty loud. Escape, a race to the finish (or death), is where the game started, so it will always have a special place in our hearts. Gauntlet is Escape’s steroid-induced best buddy. It’s the most challenging and rewarding of the modes. The funniest invention story is when we were pitching modes originally, Nick said, ‘How about Murderball?’ We liked the idea, but laughed at his name for it. We called it a working title. You can expect Murderball in the final game.

Is there any feature in specific that you are excited to show off to the public and have people experience?

We are really excited to show off every part of this game. The success of this game is going to hinge on the community involvement. We have implemented features to allow players to really go wild with their creativity. For this reason, I would say that we’re most excited to get the level editor and level sharing systems into the hands of gamers. We’re excited to see the crazy levels people come up and which ones the community favorites or down votes.

Trap House just seems to ooze potential when it comes to multiplayer. Do you have any fun or outrageous stories of times in which the team has played together which you would like to share?

Every single time we play, something hilarious or awesome or wacky happens. I don’t think we can really pinpoint exactly on one specific time. My personal favorite moments are when someone sets up a crazy room, with projectiles or track saws are flying all over the place and someone just dives through it all on accident in one try. The person who created it is usually like ‘What the hell?’ and everyone else cheers and laughs. It’s a good time.

Do you guys have any expectations or ideas as to what you will see the community create using the in-game content creation tools?

Have you seen Mario Maker? I think any expectations we have can be thrown out the window. There will be functional maps. There will be cool-looking maps. There will be maps with where there is only one way to beat it  and a half-second window to do so. That’s the best part of giving players this kind of freedom: everyone has the potential to do their own thing. The possibilities are near endless.

Hopefully this story of how a group of friends were able to turn a university project into a commercial game will serve to inspire and motivate. We’ve had a blast working with them and hope some of you will enjoy getting a chance to play Trap House with friends once it releases on Steam! Until then, thanks for reading and stay tuned to the Black Shell Media blog!