Horror, Thriller, and Darkness: How to Execute Scariness 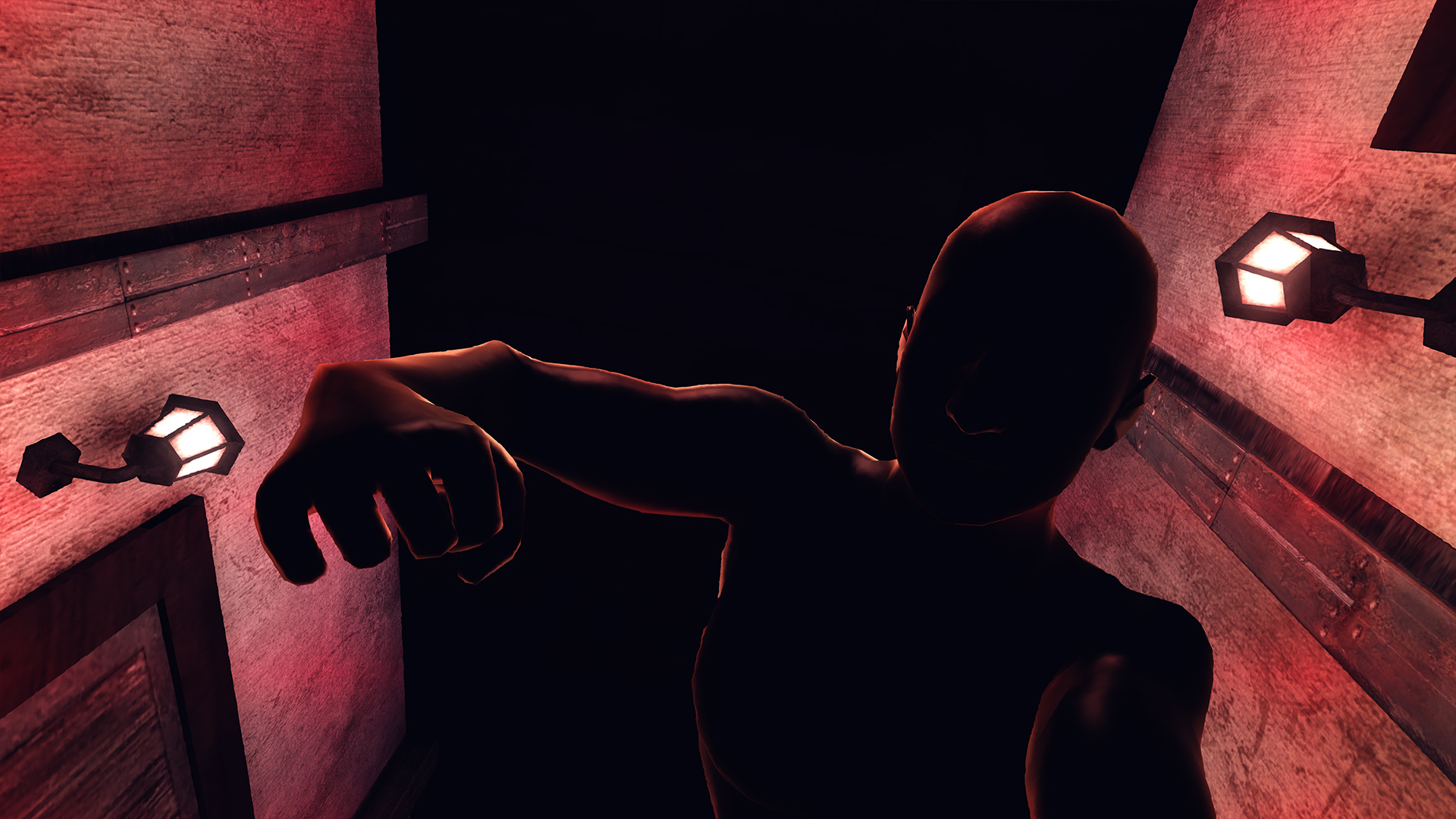 Light stabs in through the gaps in the Venetian blinds as our heroine creeps slowly past the window, her footsteps gentle against the plush carpet of this foreign house’s living room. All is silent, save for the tic tic ticking of an analog clock and our heroine’s quickened, shallow breaths. In her hand, she brandishes the broken leg of the chair she’s escaped from as a desperate weapon against the evil that still lurks somewhere in this house . . .

Reader Beware. You’re in for a Scare!

Well, probably not, but it’s worth noting that there are two main groups to contend with when dealing with scary video games: the kind who love them and the kind who will never play them. There are many great articles about the psychology of the horror genre, in both film and video games, that delve into the why, exploring the various ways our brains light up in response to guts and blood and violence, so I won’t go too much into detail there.

However, I do want to mention that a key aspect of any kind of horror/thriller/dark medium is that it must be unreal, that the player or viewer must be an active participant in their own suspension of disbelief. To put it another way, this is the difference between seeing documentary footage of prisoners of war being beaten and executed and seeing a film about zombie Nazis being beaten and executed. There is certainly something to be said about attempting to blur the line between fiction and reality (see: The Blair Witch Project and other found-footage-style films), but by and large, horror is appealing because the audience knows that it’s just a game or just a film. When it ends, they will be able to go about their lives.

While Jack the Tripper has a certain ring to it, his place in the existential sitcom horror parody genre would be ill-advised without giving definitions to terms like horror, thriller, and darkness (and that’s the only reason that solid gold idea would be ill-advised). For our purposes, I’m going to define horror as a psychological state of unsettling within the player. Something about the world that the player has perhaps taken for granted has gone awry. Over the course of a player’s collective experience, they can become desensitized to horror. Case in point: zombies. Once prominent figures in horror films and games, zombies have become kitsch, run-of-the-mill, not scary.

A thriller, on the other hand is a physical state of unsettling, something that happens in an instant and takes advantage of our ancestral reflexes. Like horror, thrillers can also suffer from desensitization, though in thriller’s case, the lifespan of the desensitization lasts only through isolated experiences. This is why jump scares in one game can make us roll our eyes while jump scares in other games have us literally retreating from the content.

By themselves, each element a scary game does not make. A psychologically twisted game could just as easily be a horror game as it could be a comedy game. Likewise, jump scares are not the sole property of the scary game genre, and as for darkness, there are plenty of games with dark settings that don’t seek to scare (e.g.: They Bleed Pixels and the intro experience with Gone Home). What makes a great scary game is a utilization of all three elements, whether they’re put into balance or intentionally brought to their extremes. A scary game could utilize the antithesis of a dark setting to create strong horror elements. Something along the lines of cute and cuddly cloud bears functioning as a brainwashed servant class to the cult leaders behind the utopian society.

Zombies vs. Zombies in Space

Two great scary games from my own experience have been Resident Evil and Dead Space. The former nails the darkness aspect two-fold with the creepy mansion and limited resources (limited saves? Now that’s scary!) and creates some good horror in the mind of the player as they make their way through the mansion. Add in a pinch of zombie dogs, traps, and scares and you’ve got a game so good- subsequent sequels have arguably still been riding on its coattails despite having long abandoned the scary game genre. Dead Space functions in a very similar way to Resident Evil. Big creepy and empty thing to explore? Check. Affronts to nature? Double check. Limited resources? You betcha. Where Dead Space differs, and why I think it’s the lesser of the two in regards to scaring, is in its focus on efficient combat. As we’ve seen in games like Amnesia and Resident Evil, combat is not desirable. It’s hard to be afraid of something that you’ve killed many times over already.

The best scary games stick with us long after the console or computer has been shut off. In a way, they rise from their inanimate state to walk across our minds, residing in all of our checks behind the shower curtain or the pulling of our sheets up to our necks at night.