Character Design in Game Development: Beyond the Wardrobe 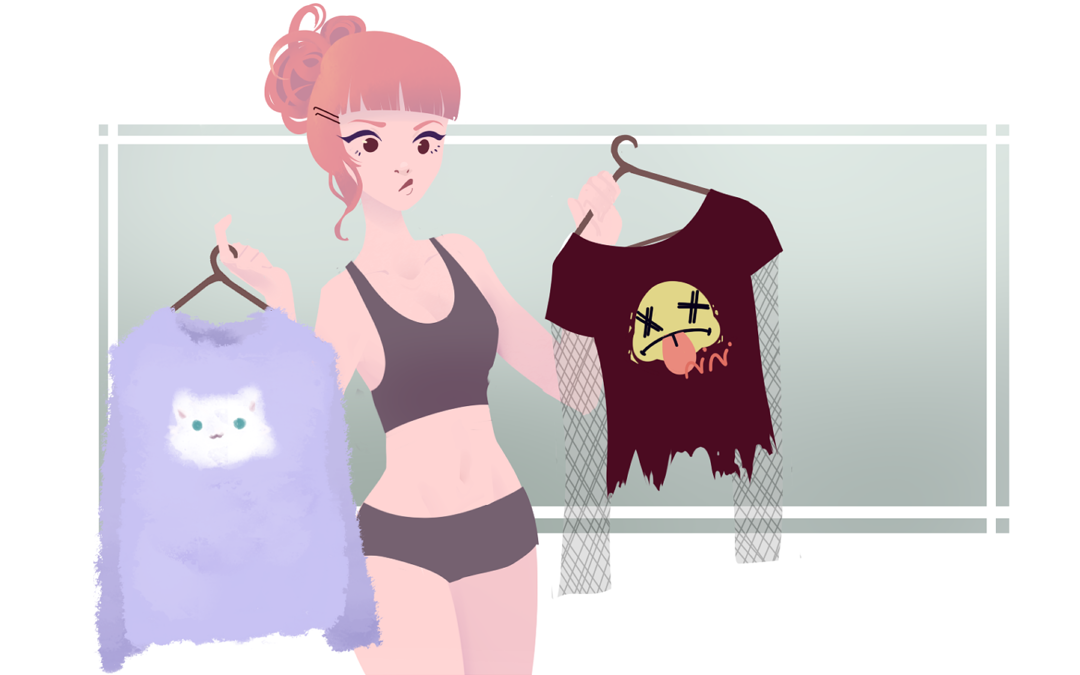 When the topic of character design eventually arises during development, most writers for visual mediums will begin to construct the character’s appearance. While the appearance is part of a character, and does define a portion of their being, it’s a huge mistake to be ignorant of the other tools a writer has available to translate their character into a fully realized entity. As such, what can a writer do to craft a compelling, interesting and immersive character?

Develop characters in tandem with each other.

Characters build each other up, and this isn’t just in writing but real life as well. Taking a quick look at small groups of friends, it’s easy to figure out how each person affects the group. This should be reflected in character designs as well. A good writer will know how to push another character by using said character’s peers as a tool for development. I’ve previously briefly mentioned this in one of my previous articles on the Black Shell Media blog, however I hope to go more in depth here. Because the characters are the wheels for which a writer will be moving the plot, developing them in tandem allows for the writer to create a balance among them.

A character is a collection of qualities that can be simplified down to what other characters perceive, what the character perceives of themselves, and the actions that character takes. To illustrate this, take a look at a common real-life trope: the soccer mom. This character composes itself in a way to carefully craft what others perceive. Her peers will see a well composed mother who’s in the store, functioning and being successful. Her daughter will look up and see this strong individual who would protect her at any cost. The soccer mother looks at herself and sees all the stress of scheduling, cleaning, and having to manage her personal life, social life, and motherly responsibilities. She perceives herself as someone who’s barely hanging on. Then the audience gets to see the mother in her daily life. She functions, she lives, she cleans. She goes home after her kid is in school and finds herself in the closet, crying.

A one dimensional view of this character is just seeing how she presented herself- or looking at how she judged herself without context of her actions. What the audience truly gets to experience is an individual who is strong through her weaknesses and does everything within her power to stay strong for her daughter. The audience sees someone who’s too proud to admit she needed help, and continues to power through the journey of life. This example’s pretty narrow and doesn’t expand to show a lot more depth of what could be going on, but it demonstrates how designing a character should be a practice at looking at a character as not an individual, but how an individual exists in a community. Looking at this, a designer could look into the daughter and her actions, as well as the soccer mother’s peers, and unravel how their actions support or undermine the mother.

Similarly, when designing characters together as a group, it’s quite tempting to design a protagonist who is moving the plot because he or she was made to move the plot. Instead of giving a character a flat motivation of doing something because that’s their purpose, give the audience a reason to empathize with the character. Provide some concrete motives for the character. Going back to the mother, why doesn’t she quit? Giving the audience a moment to connect with this mother could provide a much more moving experience, and when a game’s playtime is limited to a couple hours, each connection matters. Once the audience relates in a small way, each further connection will make the emotional strength of the story follow the player far past the duration of the credits.

Create a catalyst for the characters.

Giving a character a solid motive also provides a writer with the ability to provide counter motives for other characters and develop concrete roles for each of the characters. By having the characters develop relationships with each other, they also gain more solidity in their existence. The daughter of the mother now has a reason to excel in her schoolwork, as she wants to help her mother out and create less stress for her mother. Perhaps the daughter has matured faster than her peers due to picking up household work and responsibilities. Having the stress of the mother act as a catalyst for the mother and daughter also creates momentum for the daughter’s development and a further exploration of their home life through sub-plots.

Design the characters with intent.

Earlier it was mentioned that a character’s visual design is only part of their overall design- and while it is only a part it should still be discussed. As much as people would like to deny it, it is human nature to judge something based upon appearance. Vegetables gain infamy based on people’s judgement of their looks, just as society has grown on the judgement of others. While we should be careful to not abuse the ability to judge, we should also utilize human nature in order to design characters who look just as they behave. If a player is told that this mother is dedicated, strong willed, and dependable and then witnesses the mother dressing in short shorts, fishnets, a bikini, and very dirty hair, the player might doubt the legitimacy behind her description. While the mother could be all of these things, despite looking otherwise, it helps legitimize a character to design their appearance around their character. Would this character choose to wear this and why?

Each design point should have a purpose, even if it can be simplified to his or her personal preference. Why is the close-combat fighter wearing a long skirt that could easily be tripped on? A design should tell a story on its own, or create an inquiry about the character that provokes the audience. The scar on the nose of a delinquent tells the audience that this character has seen violence before. The further bruises on his knuckles says that he participates in it, but the photo of a small girl in his wallet shows that he has a purpose.

Taking time with details like this can tell more about a character than a point-blank narration and also creates space for interpretation. Leaving a small window of ambiguity in a character’s design can leave room for the audience to speculate, obsess, and further the lifespan of a character beyond the game that they live in.