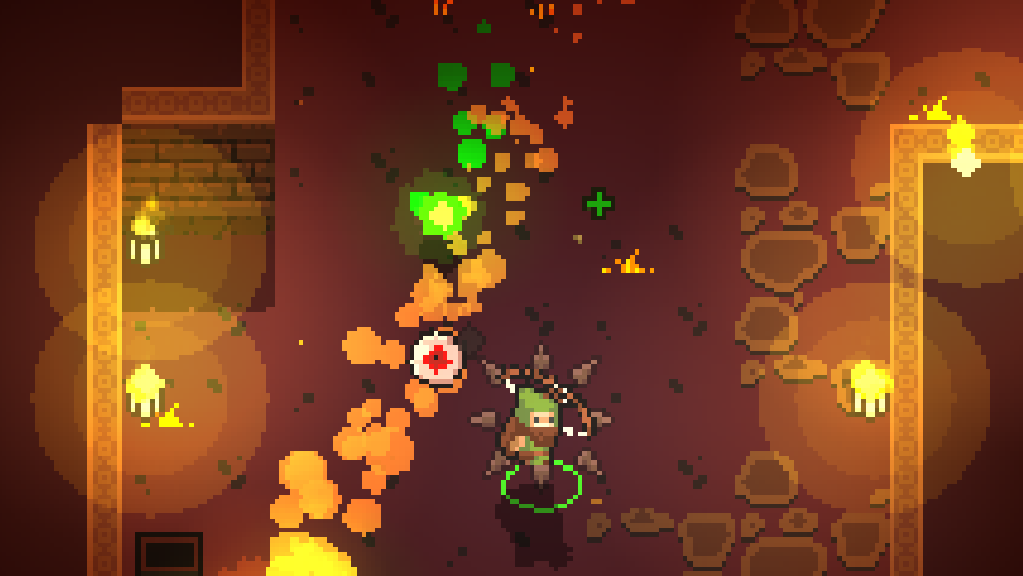 The art of storytelling is often left behind in lieu of better graphics, increasingly difficult mechanics, and character designs. While these elements do hold importance to the development of a game, few realize that a story can transform the game into an experience. It should be noted, however, that not all games need a story. Flappy Bird, Bejeweled, and even Mario Kart are games that have found success in their simplicity by focusing on core gameplay loops. Simple games don’t need a story- however when looking at a more complex experience, one should take steps to fine tune the journey that they would like the audience to take.

The plot is the most important element.

The plot is the main mechanic for storytelling. It is a temporal tool which expresses the progression of conflict. Characters, music, theme, and the graphics used to illustrate the story are all elements that help move the plot and further strengthen the story. However, they are not the story. When the story has a solid plot, the audience has the ability to vicariously experience the satisfaction of a resolution. Typically a resolution at the end of the story involves change for the protagonist, however this can be explored through changes in their view, the world, or their surrounding relations. Without a change, the story will feel flat and the player will feel little to no accomplishment.

When the consumer is introduced to a video game, they are ready to be drawn in. The writer needs to design the first few minutes very carefully. If the audience becomes disengaged with the story within the introduction, chances are they won’t care about the characters or plot enough to see the experience through to the ending. When the audience sits down, they need to be aware of a conflict. Giving the audience a conflict to resolve hooks them in and allows the player to become intrinsically motivated and connected to the story.

Develop characters in tandem with other characters.

While developing characters, writers should be looking at how each character motivates the other. This motivation could be negative or positive; a character could develop the desire to become a superhero and protect others based upon abuse received from his parents. A story will have three main roles that need to be filled; the protagonist, antagonist and the catalyst. These roles don’t require a concrete being to fill them, as a catalyst could be “a group of people, threatened by the antagonist,” and similarly an antagonist can be as abstract as a looming threat of failure for the protagonist.

A character is a collection of qualities.

Their physical appearance, their mental state, the context of their actions in relation to the plot. Can a character’s actions be dismissed because of their insanity, or perhaps explained by it? A character going into a blind fit of rage and murdering another character has a different connotation than a character who murders another character because it’s entertaining. What do other characters have to say of the protagonist? How does this match up to what the protagonist thinks of them self? A careful look at the relationship between characters can help strengthen their design, as well as the plot that they’re a part of. A thorough discussion of character development can be revisited in the future, as the topic has much more depth.

A story is not defined by its spectacle.

Storytelling is as old as time itself and before technology was used to enhance the story, it was passed down orally. A story is not made better or worse by the graphics. A quick look at a bookstore will illustrate this, as an overwhelming of majority of adult books don’t have visuals beyond the cover, yet these stories are critically analyzed, enjoyed, and discussed across centuries. Taking some extra time to write a thorough story can leave the audience questioning, discussing, and enjoying the game far beyond its lifetime.

Build the story around one central theme.

While the story can have subplot and sub themes, the story should be able to be condensed into a few lines. While a story should attempt to be original and have some substance of its own, it should be noted that every story derives from the same central themes. If the audience member can describe the story to their friend in a succinct summary without spoiling the details, then the story has a chance of reaching a wider audience.

“The main character goes on a journey in an attempt to find home. During this adventure, he or she meets several other characters, overcomes various obstacles, and even faces his/her own flaws.” With a few more details, this could be applied to various stories such as the Wizard of Oz, the Illiad, even The Road. Simply put, the central theme of “the journey” is an archetypal theme which everyone can relate to.  Upon building a central theme for a story, the writer can create a premise for which the audience to care about, which allows the audience to invest themselves into the experience to get more from the story.

Learn when and where to break the rules.

Every craft has a rule book and a person looking to break the rules. Game designers and players know this from experience. However, the ability to break rules comes the responsibility of knowing when and where to break them. Great masterpieces have come from stories that broke a convention or two; they are great because the writer knew the purpose behind their actions. If a story, for instance, has no clear antagonist, the writer should be able to explain why. What does the lack of an antagonist provide the audience or the story? Building a story with careful precision also comes with the ability to break the story with just as much precision.

By mastering basic rules and techniques of storytelling, one can learn to break them in ways that will impact the audience in memorable ways.