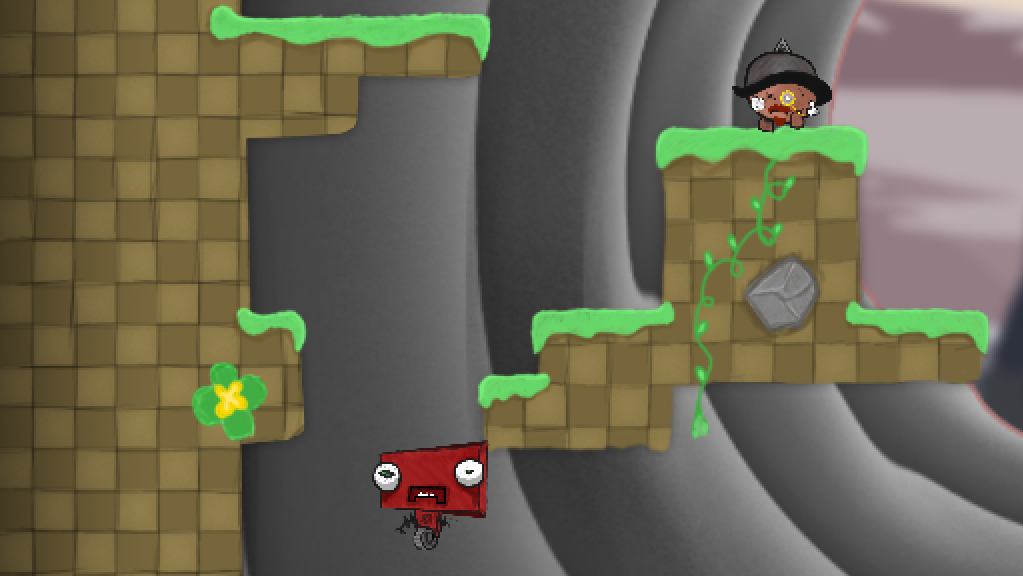 You really need to dig deep into your characters during the creation of a two-dimensional videogame. As a player, it can be tough for some to relate to pixelated two-dimensional images on a screen, especially when your movement is restricted to only left and right. But if these images are constantly moving with idle animations, players are going to have much better time relating to characters and getting involved in the world of your game.

Action animations are even more important when attempting to get players interested in your two-dimensional world. If a character does something with impact and power behind it, the player should know it’s happening immediately. Utilize everything at your disposal when it comes to action animations; colors, movements, location on screen, everything to give the player a truly memorable moment of gameplay.

Within any game, cutscenes allow the players to get an extreme close up into the story of the game. Playing in a two-dimensional world creates a slight bump in the road when it comes to narrative, but in my opinion, cutscenes allow things to smooth out more.  While your game may include pixelated characters, your cutscenes can be a real as you’d like them to be. Just keep in mind, cutscenes should help fill in the gaps your character dialogue possibly created.  It’s also important to remember the style of game you’re developing when you’re creating cut-scenes; don’t stray from your style too much or you’ll create an even larger gap between the players and your game.

Level design is important whether your game is two-dimensional or three-dimensional regardless of what you choose. However, within a two-dimensional universe it’s far more complex when it comes to enticing players.

One of the ways two-dimensional games have intrigued players is through meticulous puzzle mechanics. These puzzle mechanics have been utilized in games such as Braid to help create excitement and difficulty when it comes to two-dimensional level design.  Puzzles allow game developers to have complete control over difficulty, however creating puzzles requires a special talent and can be tough to create among many game creators. People with this special talent can make their games as difficult as they’d like, making each puzzle as meticulous as they’d prefer.

Two-dimensional games have been making an extremely large comeback with new and enticing advancements within their two-dimensional worlds. They have been around since the beginning of gaming but still need to be remembered and improved upon.