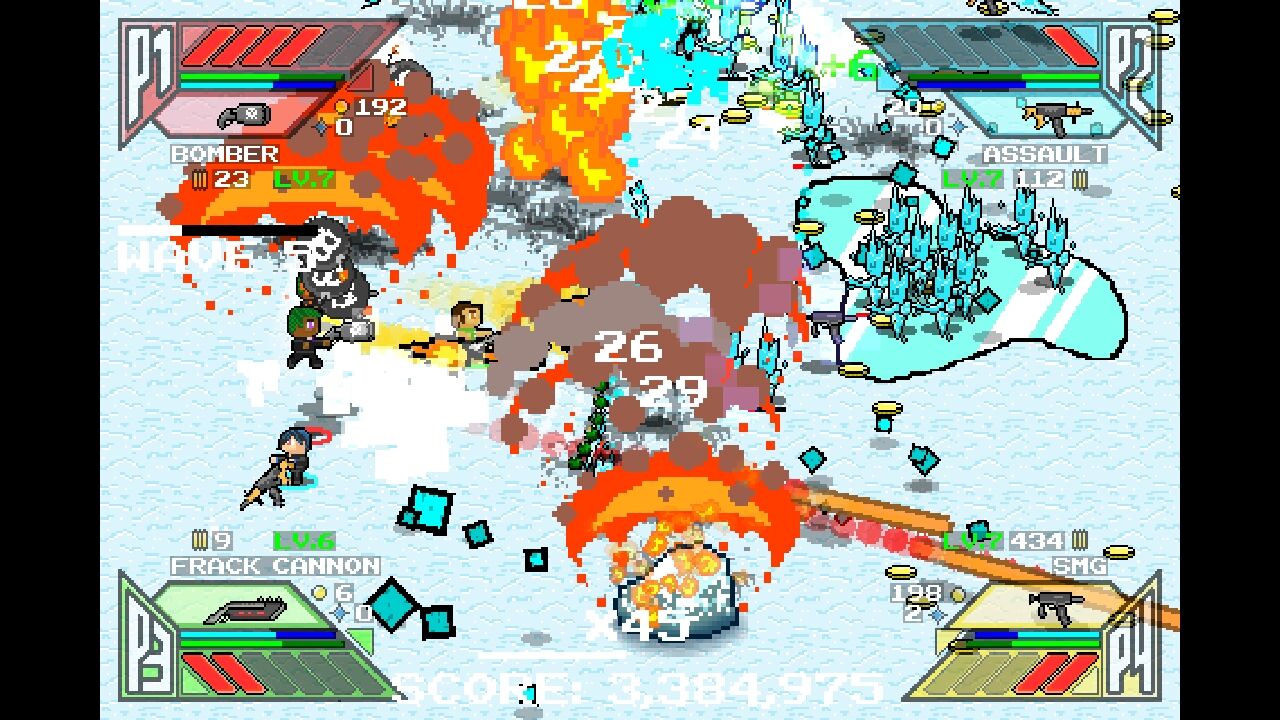 Whether we discuss first-person shooters, third-person shooters, or games which supply a choice of both, the genre used to come down to a couple basics: make guns look as realistic as possible, have the starkest presence of a plot, and have the player feel as if they are doing some damage to their enemies. But this isn’t the case anymore. Shooters were looked at in such a simple way, it only was a matter of time before a would shooter came along and change everything. Unfortunately, I am biased when it comes to shooters. I am a proud Call of Duty: Modern Warfare fan and have been since its release date. I won’t say some amazing shooters haven’t been made since then, but Modern Warfare will always hold a place near my heart.

Shooters are a staple when it comes gaming and there are a couple of essentials when developing a shooter which everyone will love. The list created for this could be incoherently long, however, I’ll keep it short with my favorite things developed in shooters over the years.

Always Give Your Players a Variety of Weapons

No one wants to use the same old guns through a game. It’s essential to allow players the choice of different weapons to use. As we move through maps, whether we’re exploring or being forced around the map by enemy players, our gun is the only line of defense against these enemies. This should encourage players to engage the enemies, essentially progressing gameplay.

A shooters arsenal should be inventive by supplying accurate or creative sound to each weapon making players feel more interactive when it comes to what we’re holding. Take a moment to remember Borderlands; a game which provided the player with more than a zillion possible gun choices throughout the game through different weapon perks and such. The arsenal in Borderlands looks, sounds and feel impeccable.

Maps are as important in shooters just as much as the weapons used. Creating unique and varied maps is key to this. After all, shooters wouldn’t be fun if players were shooting at enemies down one long narrow hallways, would it? Maps should be inviting and encourage players to explore and discover different ways to approach enemies along with different items.

A relatively simple way to create more creative maps is by developing maps vertically as well as horizontally. This might seem easy, however many games fall to achieve this and end up creating a rather flat playing field. You’d be surprised how much a little height can go a long way. Maps also include enemy spawn points in different areas of the map. Again, this isn’t done at random. Make players think, utilize spawn points, map design and the actual enemies themselves. This brings me to my next topic.

When we get hold of a shooter, we’re normally excited to get the guns in our hands and kill some enemies! But it’s no fun killing helpless enemies. Players don’t just want a fight; they want a GOOD fight. How they react to the player is extremely important. Enemies staggering after being shot  can dramatically increase the reality of the game. If a player crouches and hides, make those enemies look for the player or flush them out with a grenade. Allow enemies to adapt to the player around the inventive maps you’ve created. These maps were not only created for the player to move around in, enemies should know and support the maps by pushing players around them.

Opponents should come in all shapes and sizes. Large enemies, small enemies, exploding enemies, fast enemies; you name it. Enemies should engage your players, driving them to continue the game. Exploding enemies seem to be a genre favorite as they are seen in many games such as Rage, Gears of War, and many more.

Add it All Up and Execute

To sum it up, every shooter need enemies, guns, maps, story, etc. – however it’s how designers create these basic essentials that truly brings a shooter to life. Players want difficult enemies with maps to explore and most importantly some guns to do some damage. To put it simply, players want to look awesome when killing mobs of enemies. By skillfully implementing these three simple ideas, your shooter will improve incredibly with relatively little effort!