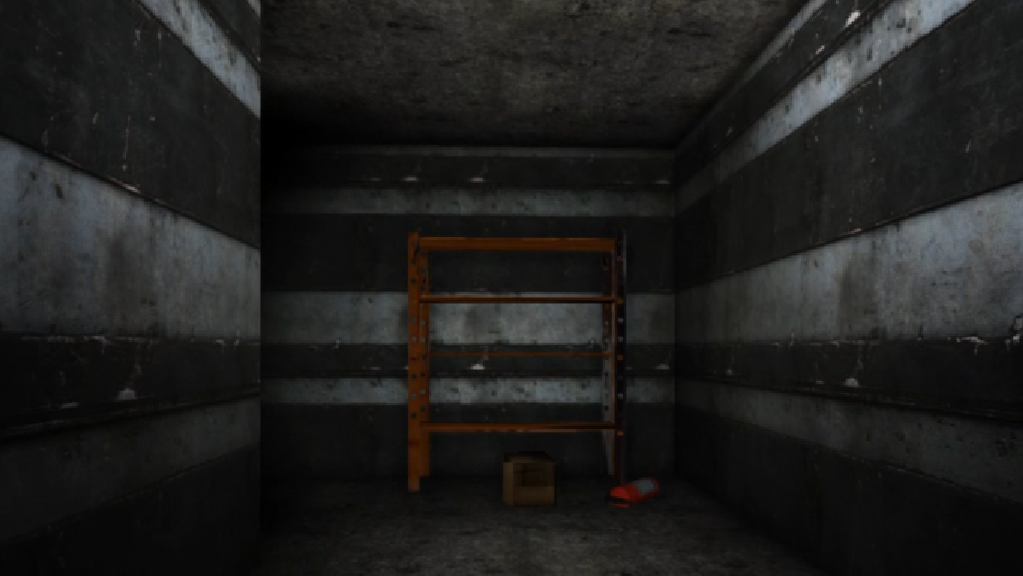 Our mind plays a lot of tricks on us. Our subconscious seeps through the cracks of our mind and  can distort our vision to the truth. Through lights, sounds, and the unknown we fear things we normally wouldn’t if we knew all the details. That ugly green sweater in the closet turns into a tentacle monster on a storm night. How can we as game developers gather this tool of fear? How can we get players to fear our games as we fear monster movies or being stuck in darkness? I am here to show you ways you can survive creating a survival horror game. By looking at the strange in the familiar, how we can promote fear through gameplay, how the unknown can send our minds into turmoil and how characters are mirrors of ourselves we can craft awesome survival horror games. But don’t fear it’s not as scary as it looks.

The strange in the familiar

Narrative isn’t always conveyed through dialogue. Sometimes just leaving things positioned in a certain way can create a story in the player’s minds and leave a lasting effect that dialogue could never do.  For instance take a typical school on the very last day of class. Usually the kids are excited and throw papers in the air and essentially terrorize the school. In a well-lit setting one may just be drawn to the conclusion that the janitor has a busy day today. However, add dim flickering lighting and maybe some flipped tables and this school could be the home of some tragic event.

Many AAA games use this effect. Think about how many hallways alleyways and rooms you have gone through where there is glass on ground next to a window or dead bodies next to a cage. These create messages in the player’s mind of “there’s something odd going on here” and it makes them want to investigate.

One way to instil fear into someone is to the player a problem without the proper resources or a limited number of resources. Limiting something creates urgency and makes something feel important. It tasks the players to overcome the obstacle by thinking outside the box. If you look at games like the Silent Hill series you’d notice ammo for guns is very scarce. Giving the player the mentality of make every shot count.  Even things as simple as giving the player a flash light that has a battery gives players that thought of “I’ll use it only when needed” or they risk a point when they need it but won’t have it.

The same could be said in non-horror games such as RPGs. In RPGs if a player is low on health they need to heal. Players usually try to carry whatever will heal them but if you run out of those resources players tend to play the game tenser, aware of their actions. Even when battling the weakest of enemies that the player has probably slain more than a million times over they become cautious that the next enemy encounter could end that gaming session.

Fear through the unknown

One of the biggest fears most humans have is the fear of the unknown. When we don’t have the exact identity or understanding we create our own. Our minds are where fears are born and from that unknown we can make a baby bunny into great white shark with long ears. Teasing players with parts of the enemy but not the identity of the enemy is extremely effective.

Showing what the enemy can do but not putting the player in actual danger gives them that sense of danger and anxiety. For an example look at the recent Alien Isolation game. For the first maybe 10 minutes we see what the Alien has done to the ship and the people aboard. It leaves the player in suspense of what happened and will that be their fate when they finally cross paths with the creature. We only see bits of the alien such as the claw or the tail. We hear the sounds and it makes our bones shiver but we don’t quite see it yet. And then we do and all the fears and conclusions we draw in our mind is either confirmed or worst.

This last tool is probably one of the most important and without this player’s immersion in your game may break at any point. The characters of the game especially the one the players take the role of must be relatable in some way.

Giving the player someone who they could see themselves as will give the player more reason to progress through the game just to see what happens to the character.

Maybe it’s the dad trying to find is child in all of the chaos around him or the frightened businesswoman who is trying to keep her sanity in a world that has clearly lost grip of theirs. Creating a protagonist without any emotion will leave just that effect on the player. Without this all the atmosphere, sounds, amazing enemies in the game will fall flat if the main character is uninterested in the events going on.

I hope this has helped you to realize fear is what we make it. This can be very literal in video games so as developers we need to instill this when creating this game type. With every sound, lighting effects, and a character’s look all convey a message in the game. They make the world more believable and to make someone fear they first need to believe.  Have a great week!