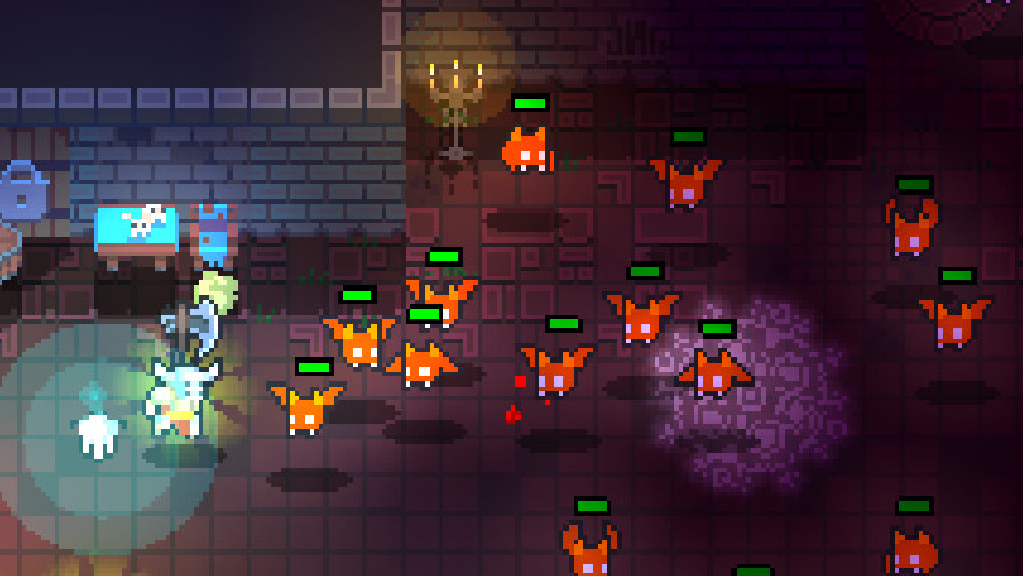 One would not be mistaken if they are to say that the trend of procedurally generated content is more prevalent than it has ever been. Incredibly successful and fun games such as Minecraft, Risk of Rain, Nuclear Throne, and the newly released Dungeon Souls (pictured above) have made great use of randomly generating their worlds, enemies, and conditions. Yet for every smash hit, there will be ten other lackluster titles that end up failing to use these features properly. Here are some some quick tips to make sure that your next game is the one that people will be talking about.

If one were to read a book in which every single letter, or even word, was randomly generated, it wouldn’t make sense. Compared to even some of the worst novels, there is next to no redeeming feature to be gotten out of gibberish.

DO- Add randomness to your game.

This might sound a little contradictory, but bear with me. Randomness is a requirement. Look at games like Chess, Checkers, or Go. There are no random elements, and while these are fun games, they are also known as “solvable” games, if both players play optimally, the outcome is set in stone.

The way we can avoid this is to have some elements in which the player has no absolute control over, but can instead only hedge their bets on. This is why in most RPGs, the damage you deal is never static, but varies. It is the reason why critical hits, dodges, and other RNG elements exist. Small amounts of randomness allow for your game to be more dynamic, and are basically a requirement for your game to not be too easy or exploitable.

DON’T- Have RNG impede your players.

In the game Rune Factory 4, to unlock the last act of the game, players must wait for a specific random event to occur. Many players complained, as while some players unlocked it quickly and were able to continue the game, others had to continue playing without knowing when it might occur.

Random elements are unpredictable, and as such a player’s progression or enjoyment should never stem from them having good luck. Games like Monster Hunter and World of Warcraft rely on the unpredictability to keep drawing their players back, but at the same time, too much will discourage your players. Knowing how to balance your RNG to not make it too hard or too easy is a skill which will come with time and practice, but when in doubt, it is better to have the odds skewed in the player’s favor, or offer the player an opportunity to stack the odds themselves.

Since designed content is what players want, you can have the best of both worlds with hand-crafted randomly generated elements. It may sound crazy, but if you create content in sets and pre-configurations, then all you have to do is randomize the order in which they appear and slot in. To use the novel comparison from early, think of this kind of system as a mad lib. The outline of the book is defined, but every time you read it specific subjects and verbs change, making it have a followable plot, yet still be slightly different each time. There are enough patterns to make it readable, while having enough novelty to keep it interesting.

The key point to remember when it comes to randomization is not that players want content that is randomized, but that they want an endless supply of hand-tailored content. The best random elements are the ones that more masterfully trick the player into feeling designed. When a player notices a re-used asset, room, or configuration, that is when the cracks in the facade start breaking apart, and when players complain about a game feeling too copy and pasted. Hopefully by following these quick, simple tips, you too will be able to create a great game and expand your fanbase!