Secrets To Getting Your Indie Game Viral 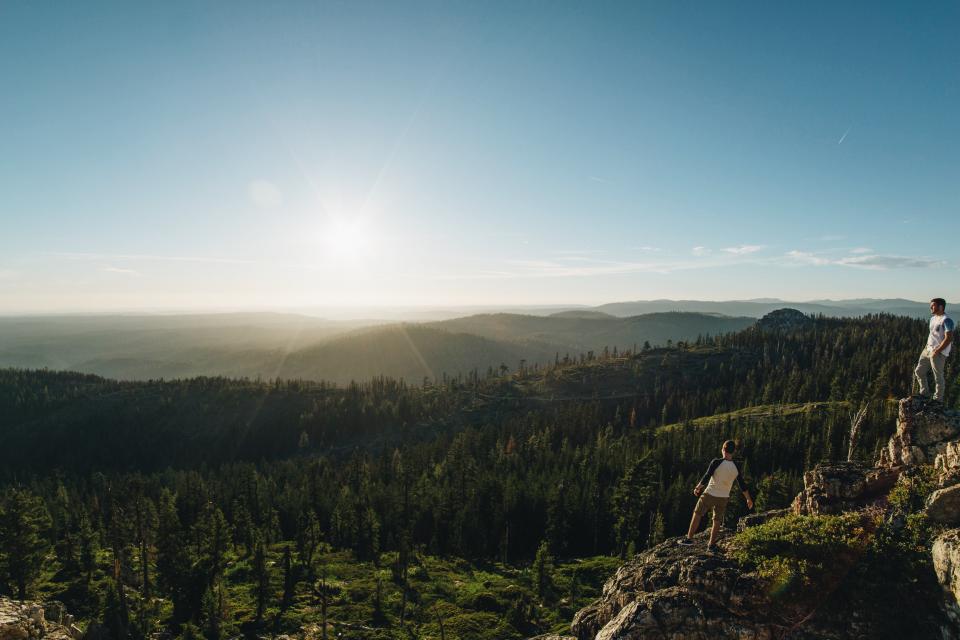 After months of going unnoticed, the game Flappy Bird suddenly and quickly soared up to the number 1 rank in both the App Store and the Play Store. It was played ubiquitously, capturing the hearts of both casual and hardcore gamers. It spawned many, many, clones, and some even called Flappy Bird a genre of its own.

But Flappy Bird is not its own genre, nor is it innovative. It is actually the most basic form of a “Launch/Run” type game, a genre that’s very popular on Flash game sites. In fact, when Flappy Bird is compared to other popular Launch/Run games like Jetpack Joyride or Temple Run, one can clearly see that Flappy Bird is inferior in almost every way. The gameplay of Flappy Bird is bland, and it lacks many core features found in Launch/Run games. From my game designer point of view, the game is not polished at all and honestly looks to be made in less than a day. 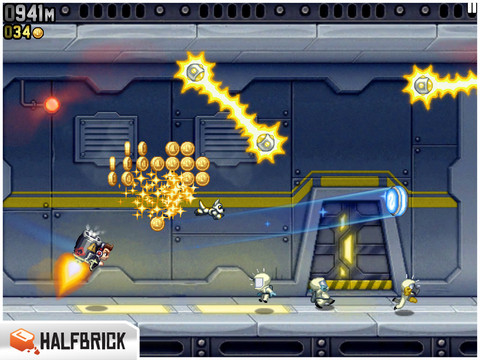 Jetpack Joyride. Upgrades and Items are a trademark feature of Launch/Run games.

However, Flappy Bird’s success is nonetheless astounding. Its developer reported that the game generated revenue of $50,000 a day, much more than Jetpack Joyride or Temple Run ever made in a day. The obvious question here is “just why can a much lower quality and newer game compared to its competitors become much more popular and well-known?” The initial response of many companies and developers was that Flappy Bird developer Dong Nguyen uncovered a secret game design formula that could make them infinite money, and they quickly started spending resources to develop their own versions of Flappy Bird. And true, some of these clones did become popular as well, but the majority of them never earned them money. So no, there wasn’t a secret new formula found in Flappy Bird. The true reason the game was so successful was because it took advantage of the Viral-Bandwagon Effect.

The Viral-Bandwagon Effect is the notion that when there is a new “big thing” that everyone around you is talking, you will tend to join in. When you look at the statistics for Jetpack Joyride, it has over 50 million installs alone on the Play Store. But I still meet people who love Flappy Bird, but have no idea what Jetpack Joyride is. The difference between the two games is that Flappy Bird went viral. Jetpack Joyride’s popularity was slowly amassed in the past three to four years, while Flappy Bird became drastically popular in a week. Flappy Bird became the next “big thing” which caused even more people to join the bandwagon and play it.

The Viral-Bandwagon Effect shown in Flappy Bird is not a singular case. The game Don’t step the white tile has a similar story. It was an unknown game that’s also “low quality” from a game designer’s point of view, but it too jumped the charts in popularity. And let’s not forget the currently trending 2048, which was a clone of a clone. One common aspect of all of these games is that they have no real marketing, yet still became insanely popular. This shows that a game going viral has a much bigger impact than formal marketing techniques. In fact, viral marketing itself is a subfield of marketing.

When a game goes viral, it becomes a cash cow. And as a result, the next big question that many game designers and studios are interested in is “just how do you make a game become viral?” Or, “how can viral marketing apply to video games?” There is no set formula that guarantees that a game goes viral, but there are a number of ways to help it:

The final factor is luck. Sometimes, games simply get lucky and go viral. That’s what happened to Flappy Bird. The Flappy Bird success is a dream to many developers. To go to a restaurant and see couples playing your game. To wait on a bus ride and see other passengers enjoying your game. That is the dream. Most games that get released are great games. They’re games that developers put their heart and soul into every day for months. Market your game well, and don’t let it join the other dead games lying on the bottom of a bottomless ravine.

Special thanks to Kenneth at IndieJuice.tv for this article.

Please be sure to share this article if you found this information useful!

Do you develop video games? Looking to get your indie game viral? Click here to find out how we can help!